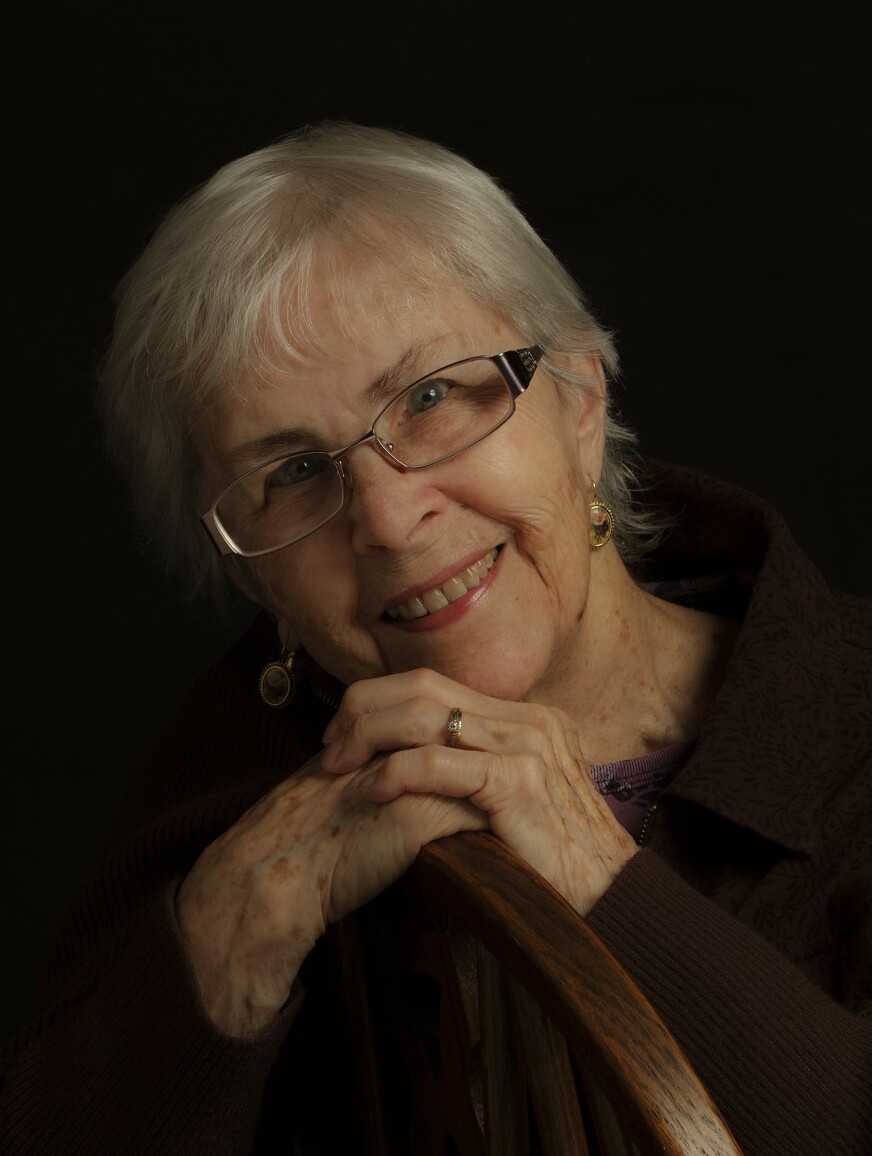 Betty Jean Pope Lashuay was born on October 11, 1926 to Mr & Mrs D. Pope in Jackson, Michigan. Later the family moved to Midland, Michigan, where she spent most of her childhood. She graduated from Midland High School in 1945. She met John Lashuay at a square dance she attended where he was calling the dance. They fell in love almost right away and were married a short time later.

John had served in the US Army Air Corps during WWII and was in the Air Corps Reserves when he was recalled into active duty in 1951. The next few years, while he was in training to become a fighter pilot, they moved from base to base, 5 bases in two years.

Their 18-year military career took them through eight states as well as France and England. Betty enjoyed being an officer’s wife and participated in activities and event with their friends and family while volunteering whenever there was a need. She especially loved her time in France and England where she took many group tours to Rome, Paris, the Netherlands and other places she had only dreamed about. Betty was adventurous and a born explorer.

Betty met the Lord Jesus as her Savior while living at Fairchild Air Force Base in Spokane, Washington. She faithfully took her children to Sunday School, church, and Daily Vacation Bible School where she often taught a class or volunteered. She loved being a chaperone for field trips, was a Girl Scout leader and supporting her children in any interest they had. She was generous with her time and made sure her children knew her love was never conditional. Betty’s greatest joy was being an amazing, supportive mom to her five children.

When John and Betty retired in Indian River, Michigan, Betty got involved in community activities, especially at the United Methodist Church. After John died in 2004, Betty moved away from Indian River to live near or with her daughters until she moved into an assisted living home in Tucson, AZ. The compassionate staff treated her with the deepest love and respect, making her final days comfortable.

Betty has lived a life that backed up her belief that God is stronger than we are, that He loves us completely and that whatever He brings into our lives has purpose and is ultimately for our good. She was eager to tell people she met about the love of her Savior, Jesus Christ, and the ways God provided for her throughout her life, even in the most challenging days. She had a quick smile, a friendly, welcoming nature, a generous spirit and a very positive outlook on life. She was thankful for everything people did for her and her quick smile never faded. She will be greatly missed.

Betty is survived by her five children and four of their spouses, 2 sisters and one half-brother. She is also survived by 10 grandchildren, 23 great-grandchildren, one great-great grandson and many nieces and nephews.

Betty was preceded in death by her husband, her father, her mother, onesister, two half-brothers, two daughters-in-law, and 3 brothers-in-law.

To send flowers to the family or plant a tree in memory of Betty Lashuay, please visit Tribute Store

Share Your Memory of
Betty
Upload Your Memory View All Memories
Be the first to upload a memory!
Share A Memory
Send Flowers