Personalized service options allow you to honor your loved ones in a way that is both meaningful and healing. We hope to provide support and caring while delivering memorial services that celebrate life and help families find the peace they deserve.

If you’re seeking an honorable celebration of life, we invite you to learn more about where we came from, our vision, and the dedicated people behind our work.

A History of Caring

The Adair Funeral Homes were founded in 1956 by Arthur J. and Martha J. Adair. At that time Arthur had already been working in the funeral industry in Tucson for 18 years and had received his degree from the California College of Mortuary Science. This first location at 1050 N. Dodge Blvd. in Tucson was considered by most people to be too far out of the city to be able to "make a go" of it. However due to the extremely outgoing and caring personality of Mr. and Mrs. Adair, and their rigid standards of service to every family, the funeral home grew at a rapid rate and currently approximately 1000 families are served every year from this main location.

In November of 1972 the Adair's purchased a historic old Spanish mansion on the Northwest side of Tucson and began renovation of it for their second location. Unfortunately Mr. Adair was never able to see this completed, as he passed away on June 5, 1973 after a long and hard battle with cancer. Martha and her sons and daughters continued on, however, and this second location was opened for business in 1974. This location served the Northwest side of Tucson until 1982, at which time the opening of Tucson's largest mall directly across the street made the location unsuitable for a funeral home and so new property was purchased farther North and a new chapel was built at 8090 N. Northern in Tucson. This chapel opened in January of 1984 and continues to serve Tucson's Northwest side as well as the several communities North of Tucson.

Our Staff’s Dedication to Respectful Care

A funeral, or memorial service, should provide family members and loved ones with the chance to reflect, remember, and celebrate a life well-lived. Our goal is to create exceptional services and experiences that fulfill the wishes of your loved one. Our experienced Funeral Directors provide guidance on the crucial first steps toward healing.

Taylor Adair is a Licensed Funeral Director/Embalmer and Cremationist for Adair Funeral Homes. Taylor can help with any cremation or burial funeral needs that a family may wish. He was born in Tucson, AZ and grew up in the Funeral Industry.  He lived in Colorado for eight years managing ski resorts and moved back home to work with his family. Taylor is involved with the Centurions.

Kevin is a licensed Funeral Director, Embalmer and Cremationist in the State of Arizona.  He also holds a Funeral Director and Embalmers license in the state of Massachusetts. He was born in Fall River, Massachusetts and was raised in Bristol, Rhode Island.  Kevin graduated in 1981 from the New England Institute of Applied Arts and Sciences in Boston, Massachusetts with a degree in Mortuary Science.  In December of 2002, he made a change from the cold climate, moved to Tucson, AZ, and has been proudly serving Tucson families since his arrival.

Outside of work, Kevin enjoys time outdoors in his yard, cooking and spending time with his family.

Sheree is a Licensed Funeral Director and Embalmer. Born in Rochester, New York and grew up in Canton, Michigan. She attended Eastern Michigan University and eventually relocated to Tucson with her family in 2001. Sheree followed her lifelong passion of entering the funeral industry and is dedicated to continue serving families in need. 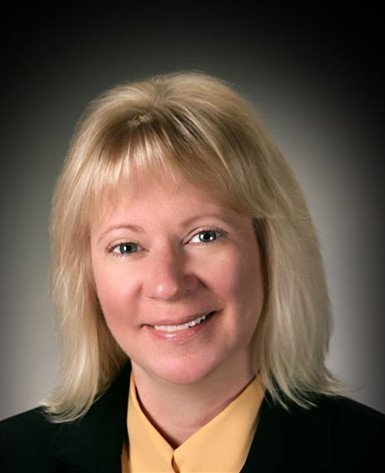 “I like to put people at ease” says Karen about her long career at in the funeral industry.  While Karen was visiting with family many years ago, a funeral pre-arrangement counselor came to the home. She immediately felt that she would enjoy assisting folks plan for their final wishes and supporting them during a difficult time in their lives. For more than 25 years, Karen has been the kind voice answering the phone, and the friendly first greeting for visitors to the funeral home. Karen is a Yakima, WA native and graduated from Davis High School. She has recently moved to the Tucson, AZ area where she plans on working until her retirement. Karen is excited to be a part of the Angel Valley Funeral Home team and is looking forward to being involved in the Tucson community. 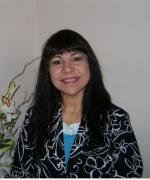 Originally from Southern California moved to Tucson in 1994.  She married the love her life in 1996 and has a blended family with 5 children.  She's an active member of the Eastside AG Church where she sings in the Choir and volunteers in the nursery.  She has worked as an Administrative Assistant for many years and was a Co-Owner of a local business.  In 2010 she became part of the Adair staff.

Joan Converse was born and raised in Northern Ca. She moved to Tucson in 2019. She has been in the industry for 15 years. She has 3 stepdaughter’s and 4 grandchildren. In her time off she enjoys spending time with her husband and rescue dog Kyra.