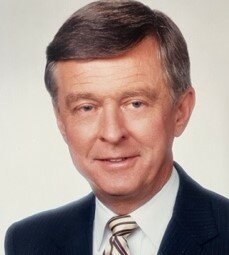 He was born December 5, 1929 to Charles and Hazel Rombough in Great Falls,Montana. His parents and 2 siblings, Charles Rombough Jr. and Gloria Fossum preceded him in death. He graduated from Great Fall High and University of Providence (née Great Falls University). He was to be drafted into the Army but chose to join the Air Force where he became a Weather Officer for 5 years. He finished his military career at Davis-Monthan, upon his discharge he enrolled into the U of A and received a MS degree. This was the start of his love for U of A football. He missed one home game in 64 years of being a dedicated fan. During his time at U of A he met Carol Gentry, they married in her hometown of Bisbee, AZ in 1959. This beautiful union created 2 sons. Scott (Susan) grandchildren Jill and Justin. Troy (Sue) step grandson Chris Knutson (Breeanna) and 3 great grandchildren Cami, Derek and Brayden. Bob was employed by IBM for 32 years as a System Engineer and has enjoyed many years of retirement. He, Carol and sons traveled all parts of the world. The Trans Siberian RR from Beijing to St. Petersburg in 1987, was exciting in that time. He was a volunteer for the Oro Valley Police Department for 13.5 years (3000 hours). He and his partners always enjoyed doing DARK HOUSES, checking on winter only home owners. He was a member of the Catalina Methodist Church. Bob married Mary Ann Marshall, the second love of his life in 2008. He and Mary Ann traveled the world cruising, river boats and skiing the world. He is survived by Mary Ann’s family Shawn Fleming (Tania) 2 granddaughters Julie (Zach) Morris, Tucson and Marie Fleming, Layton, Utah. He will be deeply missed by all his families and friends. His family will have a private celebration of life.

To send flowers to the family or plant a tree in memory of Robert Rombough, please visit Tribute Store