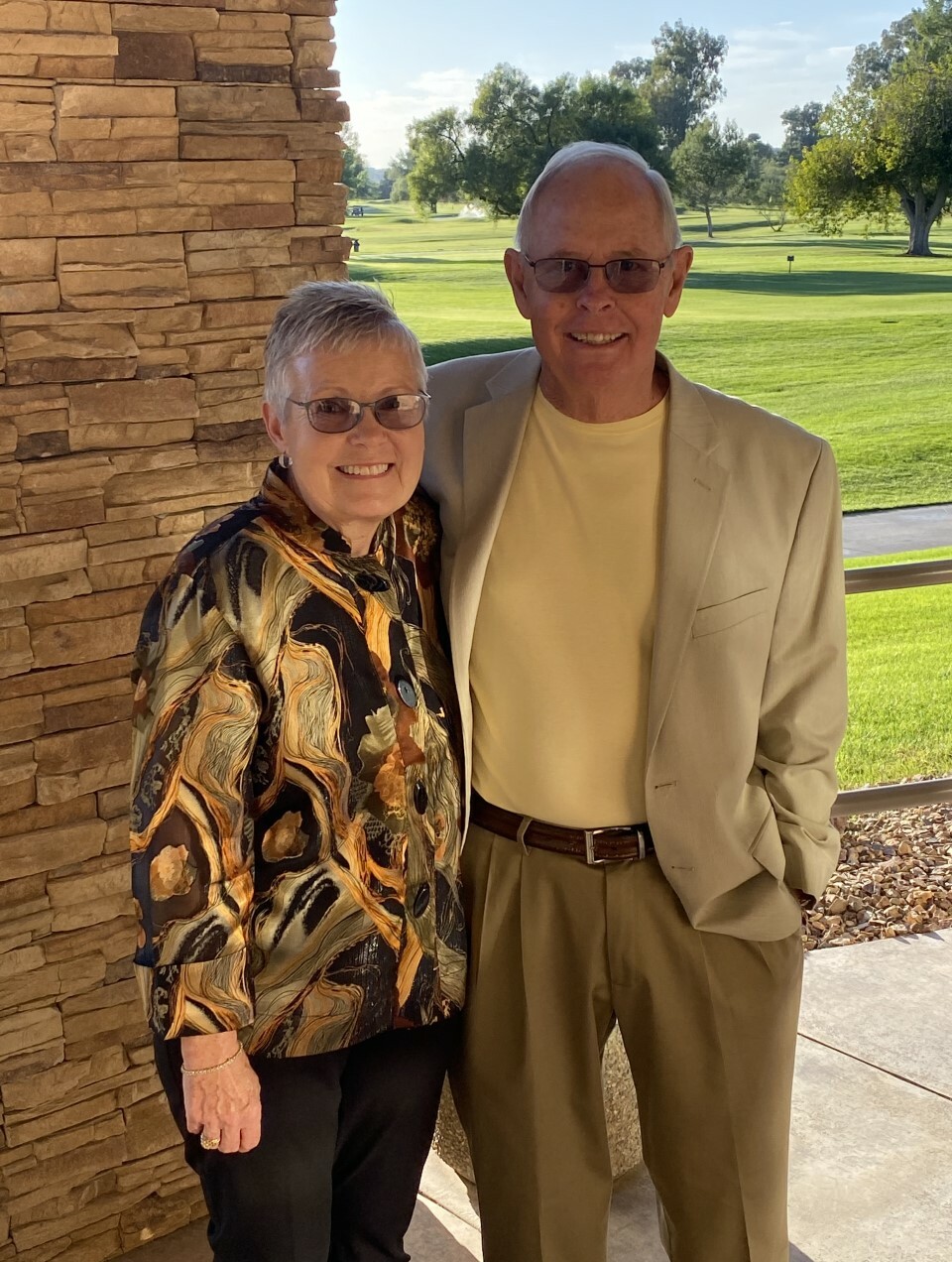 David Perry Brandt of Oro Valley, Arizona, died on September 5, 2022 after a brave battle with cancer. David was the loving husband of Pamela Brandt (nee Brockner). He is survived by his brother Steven Brandt (Barbara), sisters-in-law Jody Peters (Raymond) and Sue Brockner (Bruce, deceased). David was a proud uncle to twelve nieces and nephews. David was godfather to Courtney, Allison, Shannon and Molly. He also had many great-nieces and nephews.

David was preceded in death by his sister Nancy Luehring (Patrick) and his parents Steven Carl and Geraldine Brandt.

David was honored to serve in the United States Army. In 1967, he was stationed in Korea during the Vietnam War. Following his discharge from the service, David returned to school. He graduated in 1972 with a B.S. from Southern Illinois University.

Pam and David were married on September 12, 1970 in Elgin, IL. They would be celebrating their 52 year wedding anniversary this month. They lived a life of travel and adventure – camping, boating, touring and cruising. David had a goal to make Pam laugh at least once a day and most days, surpassed that goal. David found much pleasure in supporting Pam in her career until her retirement in 2002. They were blessed with a true partnership that was filled with joy and laughter. There was nothing David was more proud of than his relationship with Pam – they were true witnesses to each other and loved each other deeply.

Pam and David called Murphysboro, Illinois home for almost 30 years. David taught for the Murphysboro School District for 29 years until he retired in 2000. David worked in vocational education, teaching young men and women to have pride in working with their hands and learning trades. He especially enjoyed his last few years teaching middle school, where he truly felt like he had an impact on the children’s lives.

Pam and David moved to Arizona in 2002. Since then, they have been active members Resurrection Lutheran Church where David and Pam were members of the Spirit Singers. They were also members of the Catalinas Community Chorus. Gardening is another activity that occupied a lot of David’s time. He grew up on a farm and never lost the pleasure that comes from growing and nurturing plants. You could often find Pam and David outside, pruning and planting their yard to perfection.

David never met a stranger – he could always find someone to talk to about anything. David loved to discuss history and politics – he was a member of the Curmudgeons, a small informal men’s social group. David was also a life-long Chicago Cubs Fan – he called himself a “womber” (someone who loved the Cubs since he was in the womb, as his mother was also a Cubs fan). One of his greatest moments in life was watching the Cubs win the World Series in 2016.

Even as his battle with cancer grew more difficult, David was always joyful and jovial – always looking to make someone laugh.

Memorial gifts may be made to the Music Ministry of Resurrection Lutheran Church, 11575 N. First Avenue, Oro Valley, AZ 85737.

To send flowers to the family or plant a tree in memory of David Brandt, please visit Tribute Store