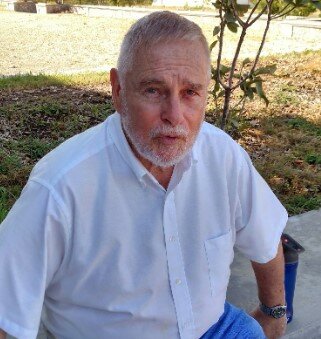 Stephen was born October 23, 1945 in Hamilton, Ontario to Lloyd and Pauline MacLellan. He served briefly in the Canadian Royal Navy before moving to work in the private sector. His skills were in aviation electronics. He always said he was part engineer and part lawyer.

Stephen moved to Arizona in 1998 and continued his work in the aviation field. He was generous with his time and talents, always willing to lend a hand or pass his knowledge on to the next generation. He was active in his church. He participated then served on numerous Via De Cristo and John 17 Weekends. He traveled to Haiti as part of a mission trip in 2015.

Stephen is survived by his wife, Pam, daughter Julie, and granddaughter Amelia. He will be greatly missed by family and friends both here and abroad.

To send flowers to the family or plant a tree in memory of Stephen MacLellan, please visit Tribute Store

Share Your Memory of
Stephen
Upload Your Memory View All Memories
Be the first to upload a memory!
Share A Memory
Send Flowers