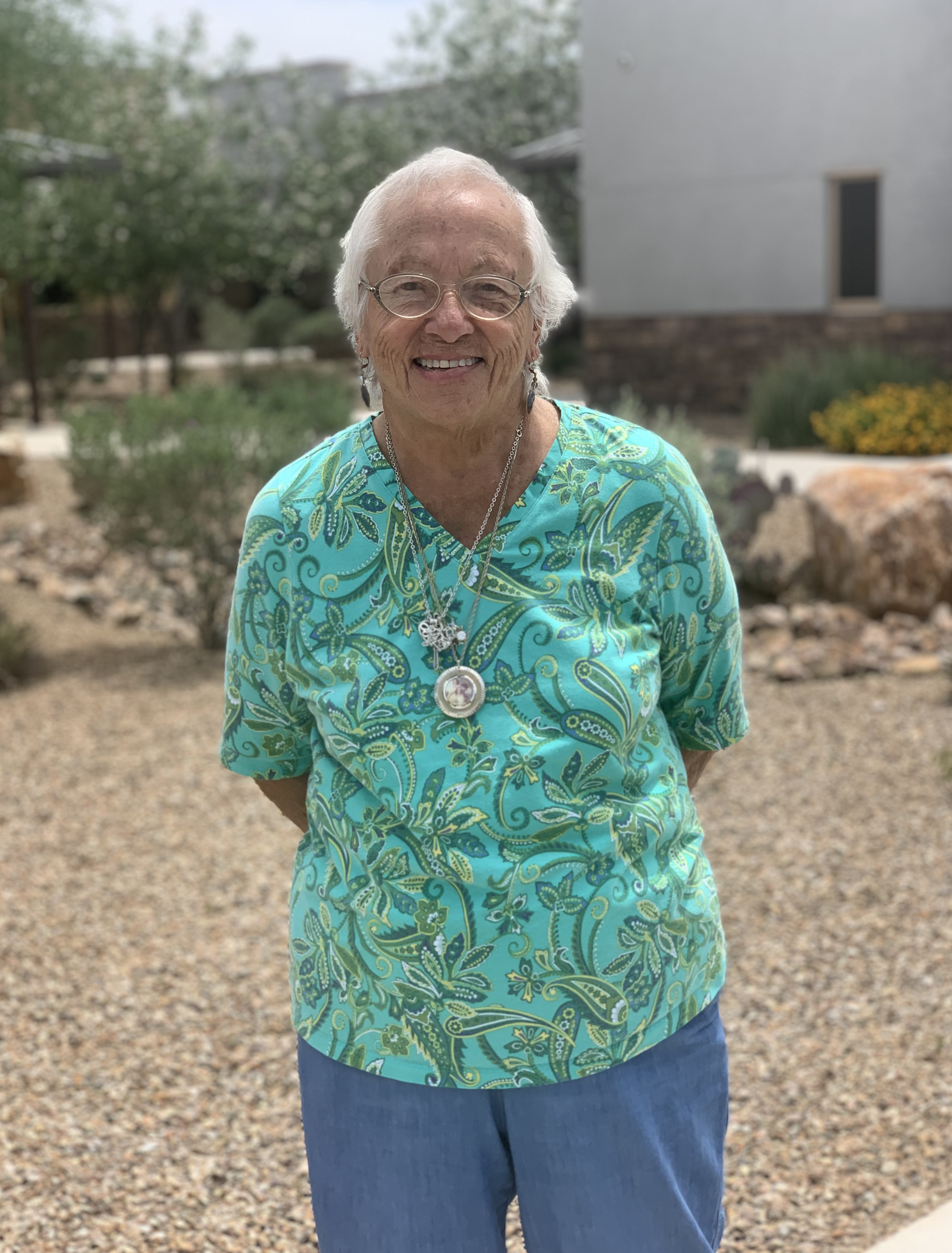 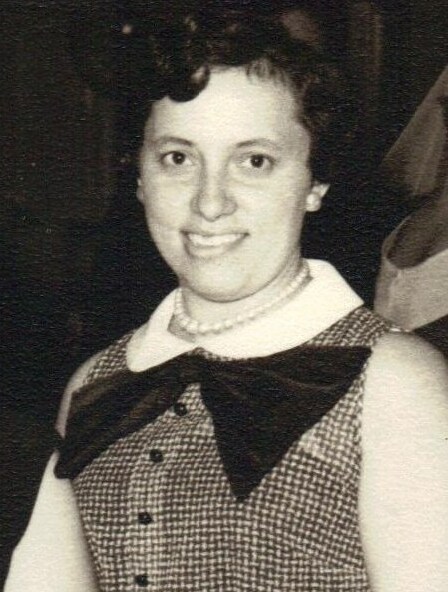 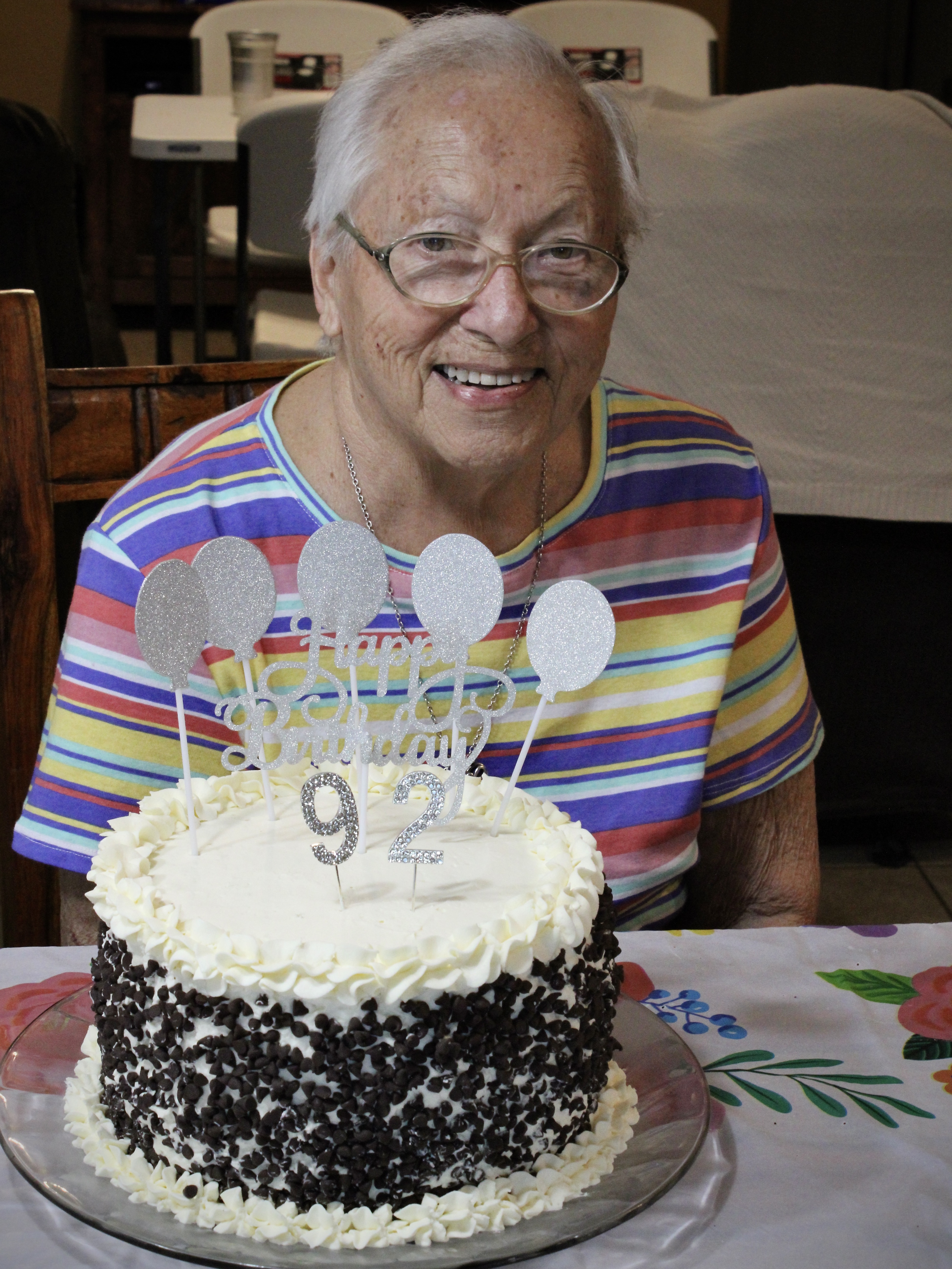 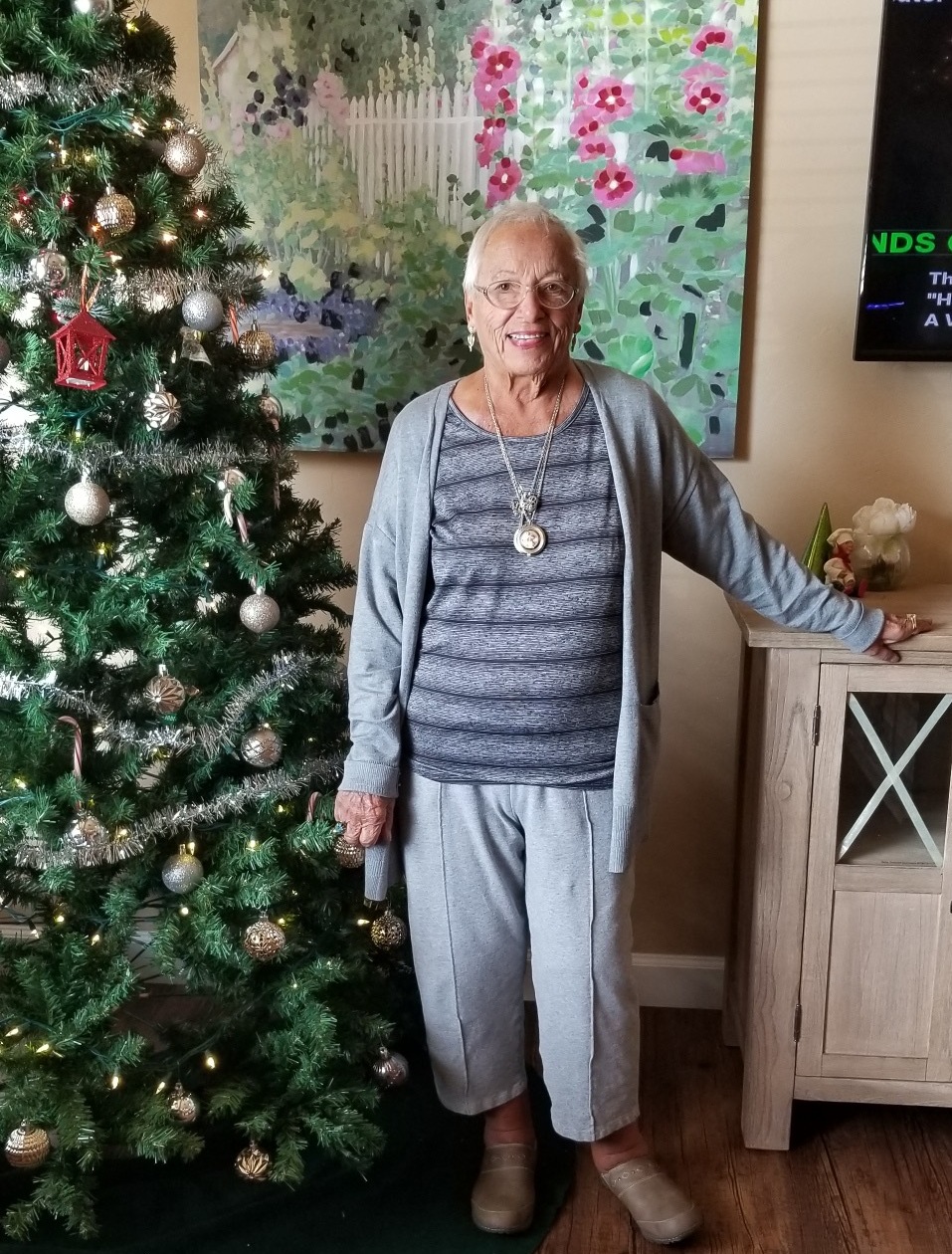 Angela Marie Capone was born in Chicago, IL on April 3, 1930, and was one of two daughters to parents James and Jennie Corso. Growing up, Angela developed a love for fashion design. After graduating high school in 1948, she traveled to New York City to attend fashion design school. Upon completing, she returned to Highwood, IL and was a bank teller at Fort Sheridan. While on a family outing in Wauconda in 1954, she met her future husband, Frank Capone. The couple exchanged vows on August 11, 1956 at St. Mary’s Church in Lake Forest, IL. Angela and her husband began traveling the country in 1959 for his job with Dominick’s Finer Foods. In 1964, they settled in Green Valley, AZ where they stayed for three years. During this time, the couple welcomed their first and only daughter, Jamie Marie Capone, in 1967. Shortly after her arrival, the couple moved back to the Chicagoland area. They resided in Vernon Hills until their retirement in 2005 when they moved back to their former home of Green Valley, AZ. Angela passed away peacefully on August 7, surrounded by her loving family. She was known for her Christmas cookies and gifting Christmas pajamas every year on Christmas Eve. Those traditions will be carried on in her honor. She was proceeded in death by her loving husband Frank; parents James and Jennie Corso; and sister Rosemary Quatrochi. She is survived by her daughter Jamie (Rick) Balmes; grandchildren, Rachel (Ryan) Eck, Grace and Frank Balmes; great grandchildren, Dominic Capone and Ryan Eck Jr.; and several nieces and nephews. She was loved immensely and will be greatly missed by all who knew her.

Share Your Memory of
Angela
Upload Your Memory View All Memories
Be the first to upload a memory!
Share A Memory