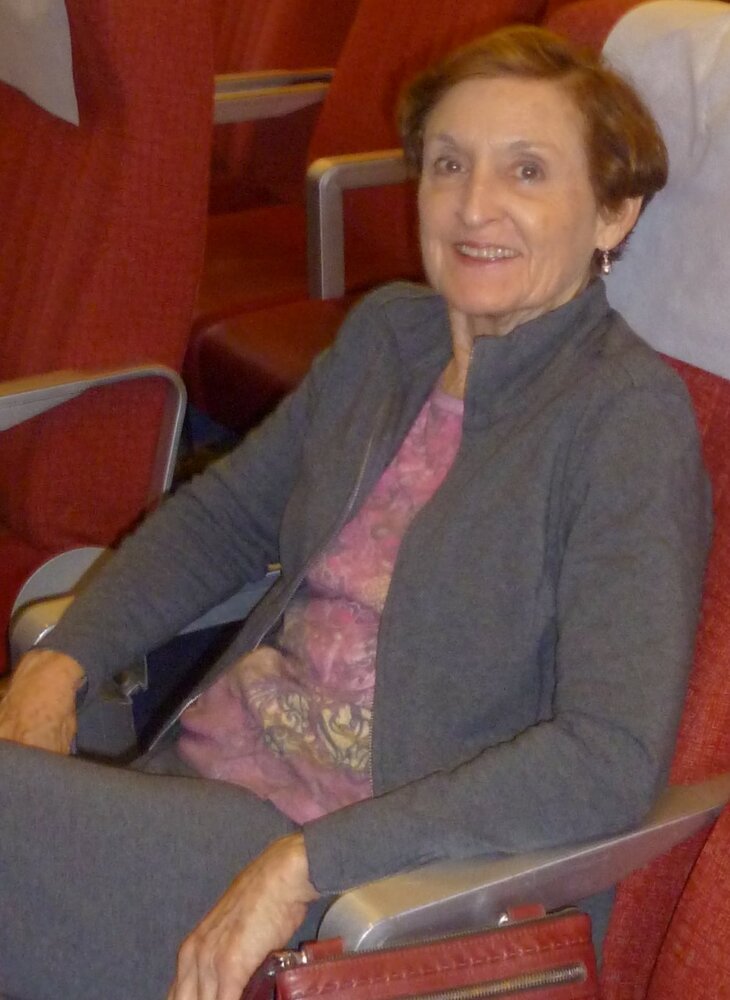 Patricia Kahn Cracchiolo (Pat/Patty) passed away on June 14th 2022 after a seven year battle with Alzheimer’s Disease. Pat was born May 9, 1938 in Atlanta, Georgia and moved to Chicago, Illinois and eventually to Tucson, Arizona in the 1950's.

Pat was a very proud graduate of the Salpointe Catholic High School Class of 56 and was a dedicated alumnus. She was thrilled to have one child and five grandchildren also graduate from her alma mater. Pat went on to study accounting, receiving her Bachelor's of Science Degree from the University of Arizona, one of the very few women at that time to receive that degree. In 1959, Pat married Joseph Cracchiolo and together they had five children - Carrie, Laura, Joe, Patricia and Liz. They settled in Phoenix for many years and, in 1969, moved to Sierra Vista, Arizona. There, Pat became an integral part of the growing community and made many lifelong friends. A consummate supporter of education, Pat became involved with The Odyssey of the Mind program in the 1980s as a coach and eventually served as the State Director. Pat also served in many other leadership roles, as a catechism teacher and volunteer for the local catholic church, she sat on several PTA boards and was a member of the Cochise College Board of Directors. Pat and Joe moved back to Tucson after Joe retired. Pat continued working with Odyssey of the Mind and also served on the Board of the Catholic Foundation.

Pat was smart, funny, focused, kind and beautiful inside and out. Pat was the best mother and grandmother anyone could ask for. She was an amazing friend and neighbor, and she was someone that anyone could talk to. She was an accomplished and terrific cook who taught all her children to appreciate the art and joy of making food together. Pat also had an amazing “green thumb” her yards were always incredible.

Pat was inordinately proud of her children and grandchildren and showed endless support and love to her family. Sports were also a big part of Pat’s life, and she was a devoted Arizona Wildcats fan- she rarely missed a chance to cheer on her Wildcats at a basketball or football game.

In addition to her parents, Patricia is predeceased by her husband Joseph, who passed in 2008 after 49 years of marriage. She is also predeceased by sisters Susan Kahn Bollin and Jane Kahn Young. She is survived by her children and their families: Carrie Wilkinson (Chris), Laura DiStefano (Phil), Joseph Cracchiolo (Tracy), Patricia LaMagna (Sam), and Liz Cracchiolo (Alex), and her grandchildren, Michelle, Ally, Nick, Megan, Julia, Simone, Sadie, Sophie, Bella, and A.J.

In lieu of flowers, the family would ask that you make a donation to the Banner Alzheimer's Institute, here in Tucson. https://www.bannerhealthfoundation.org/areas-to-support/banner-alzheimers-foundation

To send flowers to the family or plant a tree in memory of Patricia Cracchiolo, please visit Tribute Store