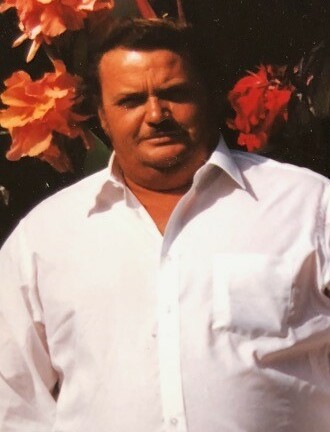 At Northwest Hospital, our beloved Sam peacefully closed his eyes for the last time on Monday April 11, 2022 at 3:19 PM, in Tucson, AZ with his family and friends at his side.

Sam was born in Bisbee, AZ on June 8, 1953, but moved shortly after, with his family to Dodge City, Kansas. The family moved back and forth several times between Bisbee, AZ, Sierra Vista, AZ and Dodge City KS. About the year 1960 the family settled down in Sierra Vista. Around the age of 13, Sam started his own business, mowing lawns for $1.50. He needed $250.00 to purchase the 1947 Dodge truck that he had his eyes on for a while and finally convinced the guy to sell it to him. He got the truck purchased and running before he was 16, and restored before he met his high school sweetheart at 18. He promised her 5 rings, friendship, promise, eternity, engagement and finally the wedding ring in 1972 when he married his high school sweetheart, Jan on July 8th. They had their first son in February of 1973, you can do the math on that. They had their second son in February of 1974, and finally had their third, a baby girl in December of 1977. Sam worked in construction for a bit. Not long after, he moved his family up to California for a better job and life but that marriage ended in divorce in 1982. Sam had moved on and started driving semi-trucks while living in California where his sister, Loretta, looked after his kids while he was on the road. After a while Lloyd, Tim, Loretta and Sam all decided that they were going to open up a Mobile home business, setting up, moving, or tearing down the mobile homes in Sierra Vista, so he packed up his family and back to Sierra Vista they went. And Sam met a new sweetheart that he married in 1990 and put a ring on Bonnie’s finger October 13, he accepted her 4 children into his home as well. Sam and Bonnie stayed in Sierra Vista but eventually moved their new family up to Phoenix, AZ where Sam worked in theaters for years. Most people try to avoid the Arizona heat, and Sam was no exception to this. He preferred to get his work done under the moonlight and to do his sleeping while the sun shined. Undeniably, Sam was a night owl, they also started their own business running an ice cream route that provided for the family. This marriage lasted almost 10 years but ended in divorce in 1999. Sam continued doing the janitorial work and opportunity presented itself once again in California so Sam moved with his daughter to expand his sister’s business. But this didn’t last long and was back in Tucson, AZ a year or so later. He then started working with the Tucson Newspapers, putting his grandkids to work from time to time, until his health would no longer let him, this was around 2008. He was in a care center for about 3 years after he got his trake. Then in 2011 he moved in with his daughter, Jennifer from the care center. Funny thing about that is the fact that his ex-wife, Jan, was living there as well. But it was all for the best, they mended their differences and became friends again. They would sit and talk for hours like they used to do when they were younger. Last year (2021) around August, Sam’s health started him down a road that led us all to the outcome that we are facing now. There never is any rhyme nor reason good enough for the inevitable.

Sam had a certain love for muscle cars and he indeed passed that love onto his children and was able to influence his boys when they got their first muscle cars around the same age that Sam got his truck.

Sam was a very kind and giving man. He had a story to tell on every topic no matter the subject, he was already the expert, just ask him. He would always laugh and do his best to make others smile and laugh around him. In his later days he would spend hours playing and growling at his 3 year old great grandson, Andrew. And Andrew would laugh and have a blast growling back at him. Sam was a crafter and he loved to make things for others anywhere from a colored page to a latch hook picture or maybe even a pot holder or two, he enjoyed doing all of it. And especially loved the smile it would put on the face of the receiver that he was giving it too. Sam also loved to brag about his two boys and all their accomplishments, the beautiful cars that they would build, jobs they were involved in, events they would attend, trophies they had won, and on and on. Although it was no secret that the boys and Sam had their differences, due to life’s circumstances, he sure did love them and he was very proud of the men that they turned out to be. And his baby girl, well, she was still just as precious and special to him on his very last day as she was the first time he held her in his arms. She never could do no wrong in his eyes.

There will be a small gathering the first part of June in Sierra Vista, all the details are not worked out so if you would like more information please contact the family for more details.

Sam you will be missed dearly by your family and friends, but you will also live on through all of our memories and in our hearts. With butterfly kisses, rest peacefully.

Share Your Memory of
Samuel
Upload Your Memory View All Memories
Be the first to upload a memory!
Share A Memory