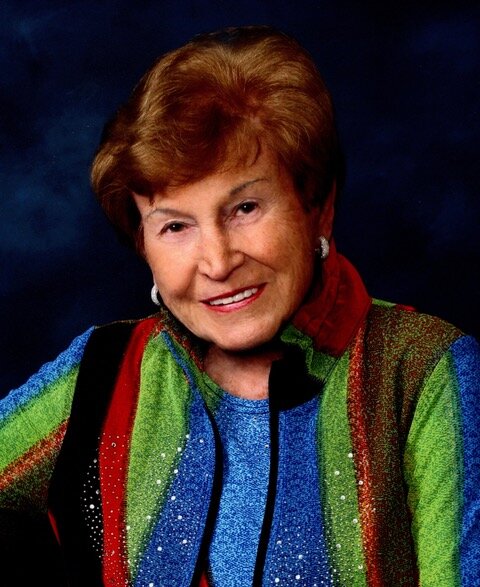 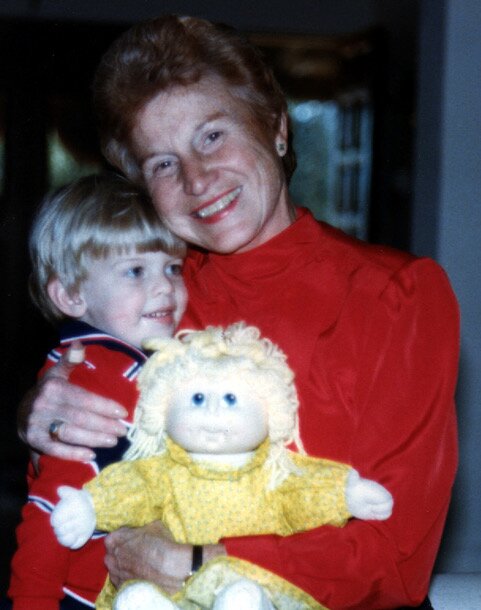 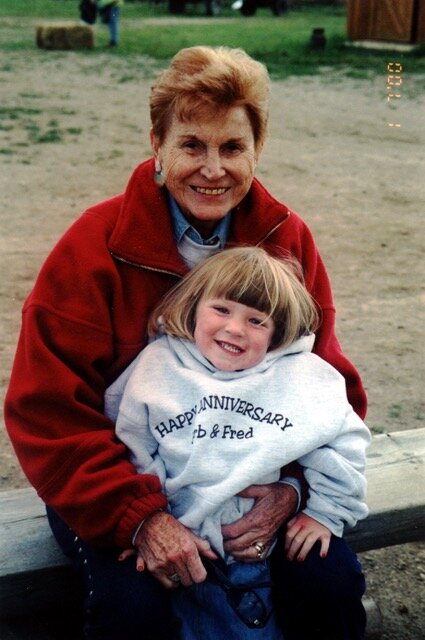 Barbara Ann Emich, née Ganey, Jul. 31, 1926 - Apr. 15, 2022, died in her Tucson home in the presence of family. Barb, almost 96, lived a remarkable life. Preceded in death by her loving, dedicated husband, Fred F. Emich Jr., and her youngest son, Thomas G. Emich (Jeri), who died unexpectedly Aug. 8, 2020. Barb and Fred were married 61+ years. Both of their fathers were Chicago-area car dealers when the two met. (This “auto empire” continues on today.)

Barb survived scarlet fever at age 5 after the doctors lost hope—her mother attributed her recovery to fervent prayers (and then attended Mass every day of her life as her part of the “deal” to keep her daughter alive). Barb started school early, right after her miraculous recovery. Coddled by her mother and grandmother plus a nursemaid (who had no other job prospects during the Depression and stayed on) Barb volunteered, even as a young child, cleaning the church.

As a teen Barb taught the daughter of famed Schwinn Bicycles how to ride a bike. A dynamo, Barb drove a postal truck when the men went off to WWII (until it became front-page news) and was one of the first trained Red-Cross swimming instructors (more than 200 kids showed up for free lessons on opening day at Crystal Lake). She attended the all-girls Clarke College enrolling at age 17. Rumor is that she rolled up her pajama pants under her choir robe for morning Mass, hid in the closet from the “good Sisters” when a unfavored boy came calling on Sunday afternoon, and escaped to graduate from Marquette University. There she showed her older brother, returning pilot Harry, the ropes. Even twinkled the ivories in a bar or two. After graduation she toiled at her father’s dealership until Fred stole the best employee. Once a super Mom, she not only chauffeured her 5 kids to enumerable competitions, practices, and schools but also drove a convent of nuns to their appointments. If one of her kids was competing or presenting in town, she was on the sidelines cheering.

Barb excelled as manager/buyer for several hospital thrift & gift shops (Tucson’s “The West,” Joliet’s St. Joseph’s Hospital downtown thrift and in-hospital gift, plus most recently Tucson Medical Center’s “Teal Saguaro”) over the years plus during summers at “Habitat for Humanity” in the Colorado mountains. An avid collector, Barb enjoyed watching “Antiques Roadshow.” She remained “au current” with fashion and home decor. People affectionately referred to her house—always festively decked out for the season—as the “museum” and enjoyed tales of her world travels and folk-art acquisitions (including more than 100 Nativity scenes). At age 89 she won a top-golfer award from the Arizona Women’s Golf Association. In her 90s she ziplined and river rafted. Barb’s keen mind amazed everyone and she remained “sharp as a tack,” including solving the daily crossword puzzle and “Jeopardy.”

To send flowers to the family or plant a tree in memory of Barbara Emich, please visit Tribute Store
Wednesday
4
May

Share Your Memory of
Barbara
Upload Your Memory View All Memories
Be the first to upload a memory!
Share A Memory
Send Flowers