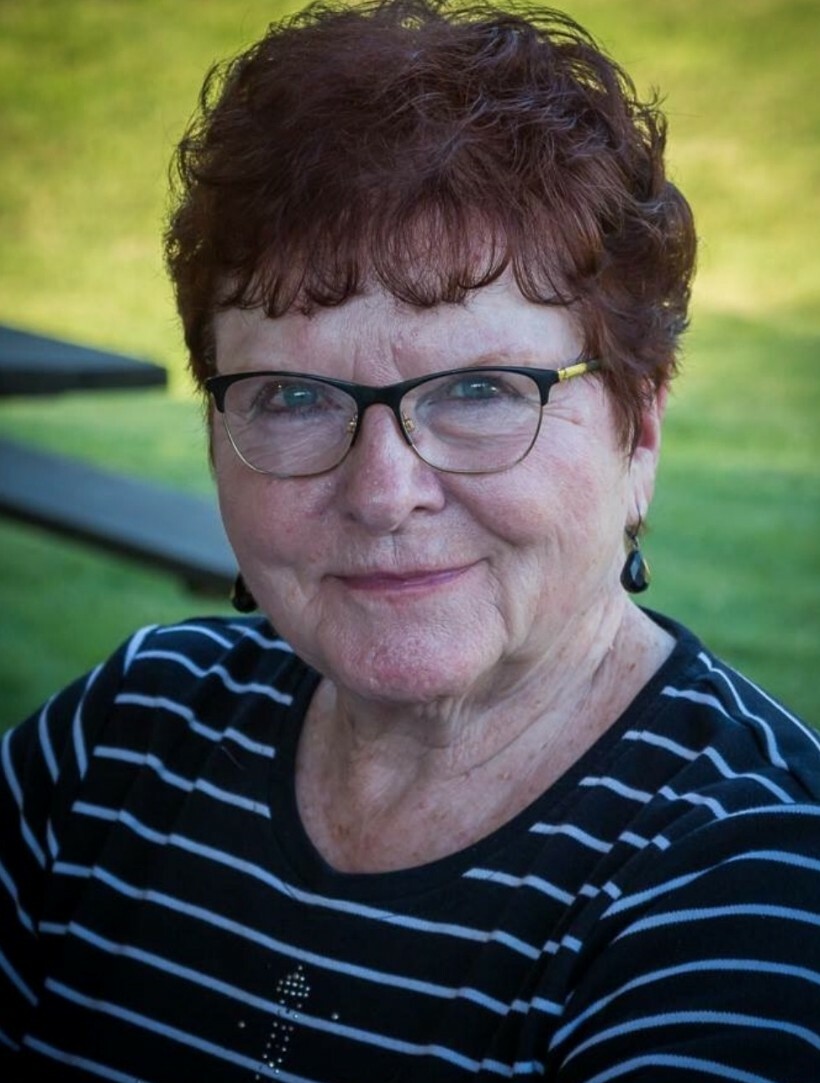 Mary Ann McGrory was born on June 4, 1935 in the Eastern Iowa town of Bryant Iowa. Her mother Bernice McGrory (Peters) and Leonard McGrory were proud parents of their new red haired baby girl. They lived on a large farm North of Bryant that had been owned by the family for over 50 years by that time. (Years later in 1977 the farm achieved the “Centennial Farm Status and was awarded a display plaque).

Mary Ann grew as a girl and started her first experience with education at the one room school house located just south of the McGrory Farm. She later went to Goose Lake High School where she met her soon to be husband of over 60 years. She would also become great friends with all of her future husband's sisters. Upon graduating High School, she entered Mount Saint Clair College and Graduated with Bachelors in Education and a Teaching Certificate. Her and her boyfriend of seven years got married at the beautiful quaint St. Mary’s Catholic Church on August 24, 1957. They had a great wedding ceremony followed by a night of partying with all their family at the Ruby Room located in Clinton Iowa. After the great fun at the party they were whisked off to the Wagon Wheel Resort in Northern Illinois for their honeymoon. Richard and Mary soon departed on their journey together by moving to Flint, Michigan where they both soon got teaching jobs in the automotive manufacturing town.

They quickly started a new family by adding a baby boy (Mark) followed by a baby girl (Colleen) then two more boys (John) and (Mike). They settled in a small three bedroom house in Flint where they soon met their lifelong friend Al and Marie Pallagi who also have an identical family of three boys (Terry, Shawn and Danny) and a girl (Lisa).

Years of child rearing and working went by and Mary soon further improved her education by attaining her Masters Degree in Education at the esteemed College of Education at the University of Michigan, Ann Arbor. Richard also went there and both graduated soon thereafter.

They soon moved to a home in the country outside of Flint and their family was off and running. They soon became involved in the educational foundations of their kids. They were all involved in sports and graduating was an achievement that they all attained.

Both Mary and Dick were lifelong Wolverine fans. They went to many games and even traveled to the Rose Bowl in California where they won the National Championship.

After her young family grew up they started having a string of weddings.

Michael and Daughter in-law (Charlesa) gave them their first grand baby. It was a new baby grand daughter Ashley. A few years later they also had boys Taylor and Matthew.

Another one of their sons, John along with his wife Kellie gave Mary another grandson, Alexander.

Mary and Richard completed their Journey by moving to a beautiful home in the foothills of Marana Arizona. They settled into retirement by golfing, exploring, exercising and having great times with their friends and family.

Mary and her family showed their metel when confronted with the untimely death of their Marine grandson, Lance Corporal Matthew J. Determan in a helicopter accident. Many tears were shed. With the help of her tenacity, she and the family came through the tragedy bruised but not broken.

Mother Mary had an abundant effect on the world. During her life’s work she has taught thousands of children to read and write. She was a consummate professional in education. She also taught her family religion and forthrightness by her teaching and by the example she set. She showed how having fun and the celebration of life can also be attained simultaneously. She passed away with her family at her own home on November 24, 2021 as she was being prayed over. Mary will be missed immensely by her family and friends alike.

Her oldest son, Mark attained a Bachelors of Business degree at Ferris State University and his loving partner Kellie (Post Office Analyst) live in Tulsa, Oklahoma. He had a successful insurance business and is currently retired.

They have a strong bond with Kellie's daughter, Lacey and son-in-law, Luke Wilson. Lacey is the head of music at their church. Luke is a Physical Therapist in Oklahoma. They are keeping busy caring for their family, Norah and Sullivan.

Mary’s daughter, Colleen and loving son in law Eddie Soto (Retired Deputy Sheriff) live all over the country. Colleen has her Masters in Social Work.

John and his wife, Kellie live in Michigan. John, former Sales Manager attained a Masters in Business Administration and Kellie, teacher of the Arts.

Alexander, (Grandson) Attained a Bachelors in Engineering at Michigan Tech University and his new wife Kourtney live in Linden, Michigan. Alexander, an Engineer for a valve company and Kourtney, a Manager at a restaurant.

Michael and his wife Charlesa both live near Mary and Dick's home in Tucson. Michael manages multiple crews in the large Arizona Plumbing Company. Charlesa is a Consultant for a major insurance company.

Taylor and his new girlfriend Danielle Megariz live in Tucson Arizona. Taylor is a Crew Chief at a major plumbing company in Arizona. Danielle is a Care Giver at a large Medical Company.

Mary’s world view was God, Family, Friends, Education, Work and Love. She instilled these principles in all her family and they continue to carry them out.

There will be a "Celebration of Mary's Life" in Tucson, Arizona on December 3, 2021.

Mary's life will also be celebrated this summer in Iowa and Michigan.

To send flowers to the family or plant a tree in memory of Mary Determan, please visit Tribute Store