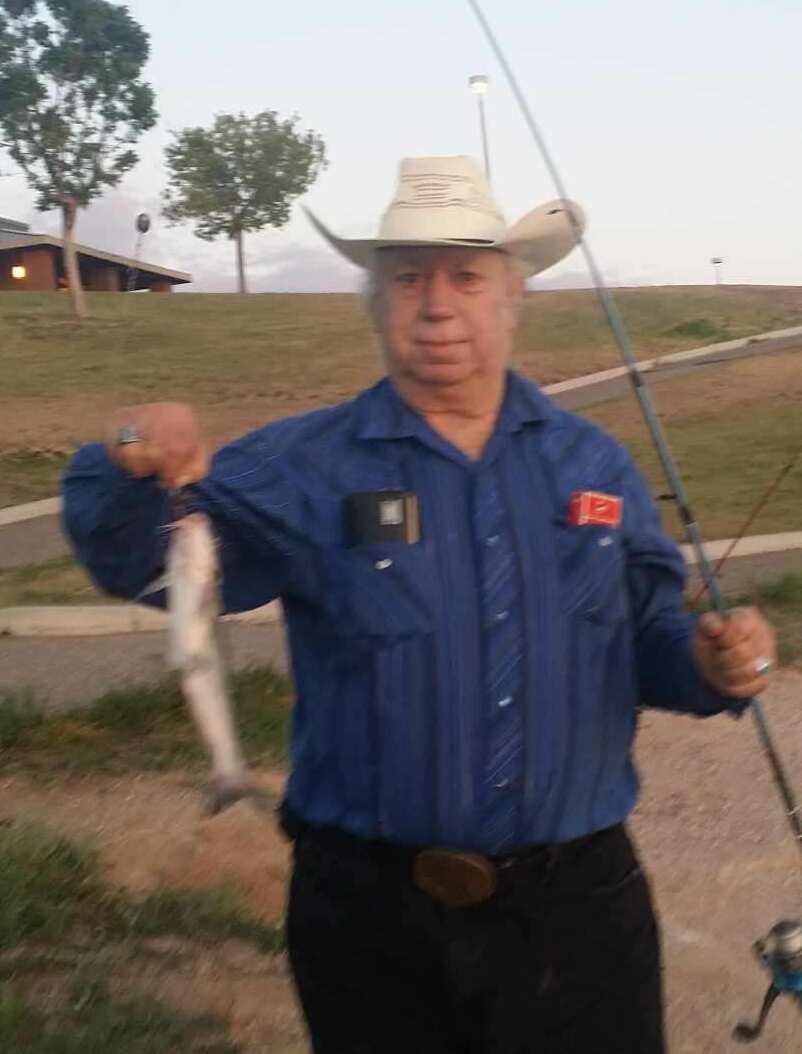 Donnie Dan Lee passed away unexpectedly on November 1st in Tucson, Arizona at the age of 75.           Donnie was born in Louisburg, Kansas on 12/25/45. He was the youngest of 8 children. He lived in Lawerence, KS before moving to Kimball, NE where he lived over 20 years. He was drafted into the United States Army at the age of 17.  He worked  for the UPRR for 12 years and then as a security guard for Cabelas.  He was married  to Jo Ann Dolifka  from November 8, 1964 until her death in 2005.

Donnie loved his Country, the American Flag, and the Bald Eagle.  He loved his family, the outdoors, camping, hunting,  fishing, and model railroad but most of all he loved his dogs!

He was preceded in death by his wife and life long partner JoAnn Lee, his parents William and Cora Lee, his brothers: Bill, Paul, and Identical twin brother Ronnie, 2 sisters Ruby Bertha Lee and Betty Cannon.

In lieu of flowers please feel free to make a donation to an animal rescue of your choice as Donnie did love all animals.

Share Your Memory of
Donnie
Upload Your Memory View All Memories
Be the first to upload a memory!
Share A Memory