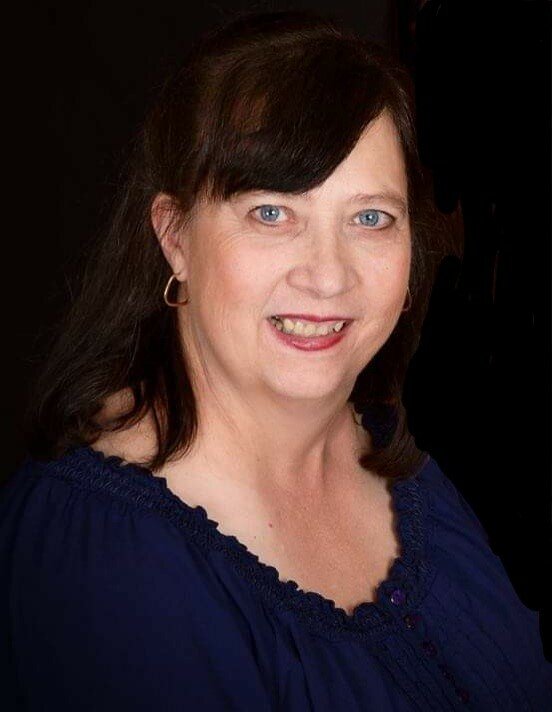 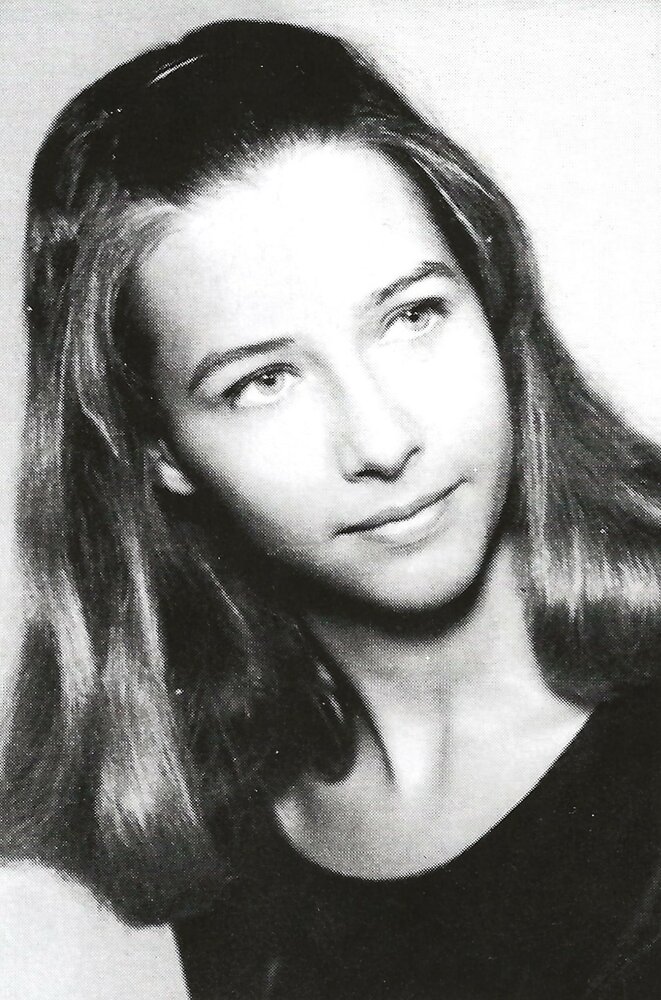 Janis Kay Montgomery Gartelos, age 70, of Tucson, Arizona, passed away from this Earth and entered Heaven on October 24, 2021. She was surrounded by loved ones - her husband, her brothers, and her daughter. While her family misses her deeply, they take great comfort knowing that Janis has entered eternal life with her Lord and Savior, Jesus Christ. Earth is poorer, and Heaven is richer.

A funeral and memorial service will be held on Saturday, November 13, 2021 at 11 a.m. at Shepherd of the Hills Lutheran Church. Masks will be required indoors. An outdoor lunch will be served after the service. After lunch, family and friends are welcome to join a casual gathering to honor Janis in Fellowship Hall. The church is located at 8799 N. Northern Ave., Tucson, AZ 85704. We realize that many who would like to attend may be unable to attend due to the physical distance and Covid-19 safety concerns. We completely understand and respect this; we know that you will be with us in spirit. A video of the funeral and memorial service will be available for those who are unable to attend.

In addition to her funeral and memorial service, a celebration of Janis’s life will be held back in the Casey-Martinsville, Illinois area in Spring/Summer 2022. More details will be provided at a later date.

In lieu of flowers, donations can be made to Redeemer Lutheran School in memory of Janis Gartelos for the Christian education of Sophia Perez. Janis absolutely loved being “GiGi” to her one and only granddaughter, Sophia. She was passionate about Sophia knowing and experiencing the love of Jesus at Redeemer. Just days before she was hospitalized, Janis said: “You’ve changed Sophia’s life by sending her to a Christian preschool.”

● You can make an online memorial donation via credit card.

○ Please make sure you select an Honoree at the bottom.

○ You can select “In Memory” and write “Janis Gartelos” as the Honoree.

○ Please indicate that the donation is “for the Janis Gartelos Memorial Fund” or “for Sophia Perez.”

To mail cards to the family, please email ourfamilyaddresses@gmail.com. You’ll immediately receive an auto-reply with the family’s mailing addresses.

Janis Kay Montgomery Gartelos was born in Terre Haute, Indiana on October 18, 1951 to Harry and Hazel Montgomery. She graduated from Casey High School in 1970 and earned a bachelor’s degree from Illinois State University in 1974. Janis married the love of her life, John Gartelos, on March 29, 1975. They were married for over 46 years. Janis is survived by her husband, John N. Gartelos of Tucson, AZ; daughter, Christina Gartelos-Perez of Tucson, AZ; and granddaughter, Sophia Perez. She is also survived by her brothers - Harry Wilson Montgomery, Jr. of Casey, IL and Mick Montgomery (Cathy) of Flanagan, IL. She was preceded in death by her father, Harry Wilson Montgomery, and her mother, Hazel (Darling) Montgomery.

HONORING THE LIFE AND LEGACY OF JANIS: REFLECTIONS FROM HER DAUGHTER

As a young girl, Janis described herself as a “tomboy” since she grew up with two brothers. Her family moved often because of her dad’s career. They moved from Casey, Illinois to Orange, Texas; after that, they lived in Lumberton, Mississippi; then, they lived in Lima, Ohio; and last, they settled back in Casey, Illinois. Janis loved her dog, Taffy. She was involved with tap dancing and ballet as a child. A fond memory from her childhood was celebrating many Christmases in Florida with her Aunt Gladys and Uncle John, where they enjoyed going to the beach and sitting on the pier.

In high school, Janis participated in a variety of activities over the years. She was in the Library Club and on the Flame yearbook staff. Throughout all four years of high school, Janis played the Glockenspiel Percussion and the marimba in the concert band, marching band, and pep band. She was also a Thespian and participated in all of the school plays every year while in high school. During her senior year, Janis acted in the play, Up the Down Staircase. Janis also had the opportunity to travel to Europe and take a six-week study course in Art History & Culture with her teacher, Miss Lindsay, and two other students from Casey. They travelled to Madrid, Rome, Vienna, Paris, and London. This was a highlight of her high school experience.

Janis lived in the Casey-Martinsville, Illinois area for almost 30 years. She was fortunate to live two blocks away from her mother, Hazel, in Casey, Illinois for over 20 years. Janis was quite active in her church, the Casey United Methodist Church. She sang in the Sanctuary Choir, played in the bell choir, served as a liturgist, became a certified lay speaker, participated in the Walk to Emmaus, and attended many special church events with her mother and her own family. Janis played the piano; she also loved collecting angels. Once she and John rescued a stray newborn kitten and nursed it back to life. It was no surprise that she named that kitten Angel.

A devoted mother to her daughter, Christina, Janis helped with her church youth group, church community service activities, and her Girl Scout Troop. Janis and John also attended all of Christina’s grade school and high school events. Besides being a wonderful mother, Janis was also a caring daughter to her mother, Hazel, as well as a devoted wife to her husband, John.

Janis was a servant leader. She spent the majority of her career serving others through her work as a church secretary at the Casey United Methodist Church. During this time, Janis was often an impromptu counselor, who listened to and helped others in need. Later on, Janis continued to use her administrative, counseling, and teaching gifts when she transitioned into the roles of pastor’s wife, church secretary, and children’s ministry teacher at the Martinsville United Methodist Church. Janis lived her life with the deep-seated belief that, “We are blessed to be a blessing.”

Known for being a help and encouragement to others, Janis was a committed Christian who took her faith seriously. At the same time, she knew how to have fun. Her zest for life, magnetic personality, keen fashion sense, and love of music/dancing earned her the nickname of “the world’s oldest teenager.” But, unlike most teenagers, others would also describe Janis as confident, smart, strong, independent, witty, and resilient.

In 2014, Janis and John moved to Tucson, Arizona to be closer to their daughter, Christina. Janis’s favorite pastime in retirement was spending time with her family - especially her granddaughter, Sophia, who she referred to as “big stuff!” Janis loved doing things for Sophia and with Sophia. She baked her treats, bought and read her books, played with her, took her to the park, and found fun activities to attend around Tucson. She was also known for buying Sophia the most adorable clothes ever (especially leopard print!).

When she wasn’t focused on Sophia, she and John could be found playing Wheel of Fortune and Jeopardy as armchair contestants. Janis spent her time reading, playing Words with Friends, staying in contact with family and friends, and going to church. She was a member of Shepherd of the Hills Lutheran Church. Some of her favorite things to do were travelling, sightseeing, and visiting local attractions in Tucson and in the surrounding area with John and the rest of her family. Janis enjoyed science fiction books and movies; she was also a huge Beatles fan. So it’s no surprise that Janis loved the movie, “Yesterday,” because it combined her love of the Beatles with her love for science fiction.

Janis was absolutely thrilled when the family had the rare opportunity to attend a Paul McCartney concert in Phoenix, Arizona. It was like Janis, “the world’s oldest teenager,” was sixteen again. She lit up with excitement and pure happiness. And, of course, she sang along with Sir Paul since she knew all the words. Janis said the Paul McCartney concert was “one of the happiest days of her life.” Her family agreed with her!

Another fond memory of Janis’s - perhaps her greatest memory ever - was when her family travelled to Israel. She referred to it as “the trip of a lifetime.” One meaningful moment was praying at the Wailing Wall. Another was walking in the temple area where Jesus once walked.

Everyone loved Janis. Why did they love her? What made her so memorable? She had a way of leaving a lasting impression on people - whether she met them for a brief moment or knew them for a lifetime. Some would attribute this to her kind, giving, and generous spirit while others might think it was due to her sunny disposition, optimistic outlook, and fun-loving nature. Perhaps it was a combination of her God-given personality and her desire to live, love, and serve like Jesus.

We will always remember Janis as:

● A woman with strength, dignity, and Godly wisdom beyond her years.

● A woman with the rare gift of making others feel valued, heard, accepted, encouraged, and, most of all, loved.

Janis left the greatest legacy that a person can leave - a legacy of loving and serving others.

Janis touched many, many hearts and lives over the course of her lifetime. While her family and friends miss her dearly, they celebrate her life and her legacy here on Earth, and they fondly look forward to the day when they will be reunited again. But her legacy is bigger than leaving something FOR us. Her legacy is leaving something IN us.

Her legacy of loving and serving other remains even though Janis is no longer here with us. This legacy is etched in our minds forever. It is captured through the stories we share about her. It is made active when we’re inspired to love and serve others because of her example. May her legacy live on through those of us who love her, and may her memory be eternal.

To send flowers to the family or plant a tree in memory of Janis Gartelos, please visit Tribute Store

Share Your Memory of
Janis
Upload Your Memory View All Memories
Be the first to upload a memory!
Share A Memory
Send Flowers