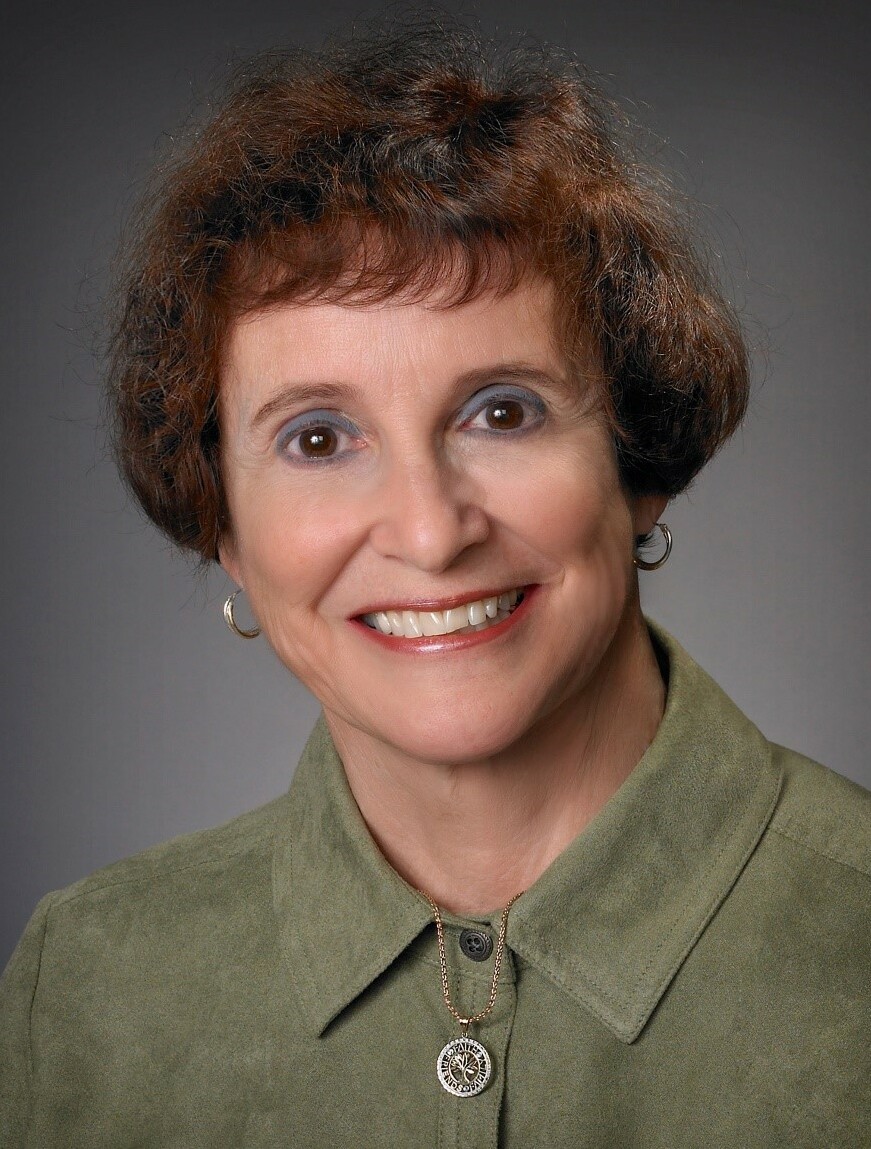 Obituary of Brenda Braun Even

TUCSON – Brenda Braun Even passed away peacefully at her home on Saturday, September 4, 2021.

Brenda was born in Urbana, Illinois on May 16, 1939 and grew up in the Champaign/Urbana area. She started her college career at Smith College in Northampton, Massachusetts and later graduated from the University of Illinois in Champaign in 1961. Brenda subsequently earned two master’s degrees, one in English from Indiana University in 1964 and one in Education (Counseling and Guidance) from the University of Arizona in 1969. She went on to earn her Ph.D. in Secondary Education, Counseling, and Guidance in 1975 from the University of Arizona. Not only did she excel in the academic realm, but Brenda also excelled professionally, in serving her community, and, most importantly, in serving her family as a loving wife, mother, and grandmother.

Professionally, Brenda started her career as a high school English teacher at Champaign High School. After serving as a Teaching Assistant and English Instructor at various universities between 1962 and 1971, she worked for the Pima County Developmental Career Guidance Project for two school districts in Tucson before working as a Career Education Specialist at the University of Arizona. From 1976 to 1981, Brenda served as an Assistant Professor in the Secondary Education Department of the College of Education at the University of Arizona. From 1981 to 1994, Brenda changed gears and worked as a psychotherapist, family therapist, mediator, and career development specialist in private practice at Counseling, Therapy & Mediation Associates. While she served on the Tucson Unified School District (TUSD) School Board (see below), Brenda began to realize that alternative education opportunities were extremely important to the success of students. As a result, she worked hard for the establishment of schools like Aztec Middle College, a collaboration between Pima Community College and TUSD, which is one of her most important legacies. In the same vein, from 1995 to 2002, Brenda served as Executive Director for Salud Para Todos, Inc. (Health for All) to help start and sustain school and community-based clinics in several communities in the Tucson area. Later, from 2002 to 2009, she also served as the Executive Director for Family Advocacy Resource and Wellness Centers, Inc., another non-profit to serve the needs of families in our community.

Although her professional accomplishments were impressive, Brenda always made time to give back to her community. She was truly an advocate for her community, and especially for children. Never drawing attention to herself, she was a kind, persistent champion for change, especially for the underprivileged in our community. Between 1978 and 1980, Brenda served as the President of the St. Joseph’s Catholic School Board and on the Diocese of Tucson School Board. Later, she also served as a Member of the Catholic Foundation Board and as a Member of the Catholic Community Services Board. Subsequently, she was active as a member of the Arizona Town Hall (1989 – 2010), tackling issues such as education, youth at risk, and job creation. Next, she was elected to and served two terms on the TUSD Governing Board from 1991 to 1998, including serving as President in 1992 and 1995. Then, after being appointed in 2000, Brenda served on the Pima Community College (PCC) Governing Board from 2000 to 2014, including serving as Chair in 2004 and 2009. While serving on the PCC Governing Board, Brenda was also selected to serve on various statewide committees addressing the needs of community colleges in our state, including the Arizona Association of District Governing Boards, the Joint Conference Committee (Community College and Board of Regents Committee), the Association of Community College Trustees, and the Arizona Community College Council (where she was appointed by Governor Jan Brewer in 2009).

There are also many other amazing organizations that Brenda supported and led with her cheerful drive and determination. She served as a Board Member for ADAPT, Inc., a community treatment and prevention program for addressing mental health, alcoholism, drug abuse, and domestic violence, including serving two years as its President. Beginning in 2001, she also served as a Board Member for the YMCA Metropolitan Board for many years. Finally, Brenda served as a Member of the Equestrian Order of the Holy Sepulcher of Jerusalem since 2003.

Without a doubt, however, Brenda’s pride and joy were her children and grandchildren. After losing her husband of 35 years, John, to cancer in 1997, Brenda focused most of her time and energy on loving, supporting, and encouraging her four children and eleven grandchildren. At one point, she proudly proclaimed that she had 11 grandchildren under the age of 11. Whether it was getting the family together for large gatherings at Christmas or Thanksgiving, attending family birthdays, cheering at one of her grandchildren’s sporting events, or a quick call or a note to encourage one of us, she consciously made it a point to be actively involved in each one of our lives. What was amazing is that, despite how busy she was with her work and her community activities, she always put her family first. In addition, she also invested in the lives of other people around her, always willing to help them or give them an encouraging word. Of course, we all know that she enjoyed cheering on her University of Arizona Wildcats, traveling, reading, theatre, her McDonald’s cokes, white wine with ice, anything chocolate (especially brownies), and cheese quesadillas, but most importantly she loved her family and friends and serving their needs and the needs of the community around her.

Brenda will be dearly missed by her many friends and family. Brenda is survived by her sons, John (Rebecca), James, and Scott (Kristan), her daughter Julie Even Daglio (Brett Daglio), and her brother Michael Braun (Jane). Additional survivors include her grandchildren, Kathryn “Kate” Even, Sean Even, Emily Even, Jordyn Even, Tyler Even, Connor Even, Sydney Even, Allison Even, Erin Even, Brandon Daglio, and Mackenzie Daglio. Other surviving family members include Jeffrey Braun (Lindsay), Joel Braun (Kelly), Jeanne Even (Eric Tull), Sam Tull, Thomas Zilly (Jane Noland), and Barbara Heck (Charles). She is preceded in death by her husband, John Even, her parents, Howard and Sancy Braun, her sister-in-law, Mary Jane Even, and her daughter-in-law, Lonica Even.

There will be a Visitation and Rosary for Brenda at St. Thomas the Apostle Catholic Church (5150 North Valley View Road, Tucson, Arizona 85718) at 7:00 p.m. on Sunday, September 19, 2021. In addition, there will be a Funeral Mass at St. Thomas the Apostle Catholic Church in Tucson at 1:00 p.m. on Monday, September 20, 2021, which may be viewed online by clicking on the Live Streaming Tab on the left side of the page. In lieu of flowers, please consider making a donation to The John R. and Dr. Brenda B. Even Scholarship Endowment Fund at Pima Community College by clicking on the Endowments Tab on the left side of the page, or, if you would prefer to send money to support one of the district resource centers associated with the Family Advocacy Resource & Wellness Centers, please send a check made payable to “Family Advocacy Resource & Wellness Centers, Inc.” to Julie Daglio, 5632 East Circulo Terra, Tucson, Arizona 85750, designating which school district resource center you would like to support in the memo line of the check. Please remember that there are five school districts with resource centers, namely, Amphi, Flowing Wells, Marana, TUSD, and Sunnyside. We will make sure to forward the funds to the correct district resource center on your behalf. You may express condolences by clicking on the Tribute Wall Tab on the left side of the page.

To send flowers to the family or plant a tree in memory of Brenda Even, please visit Tribute Store
Sunday
19
September

Share Your Memory of
Brenda
Upload Your Memory View All Memories
Be the first to upload a memory!
Share A Memory
Send Flowers