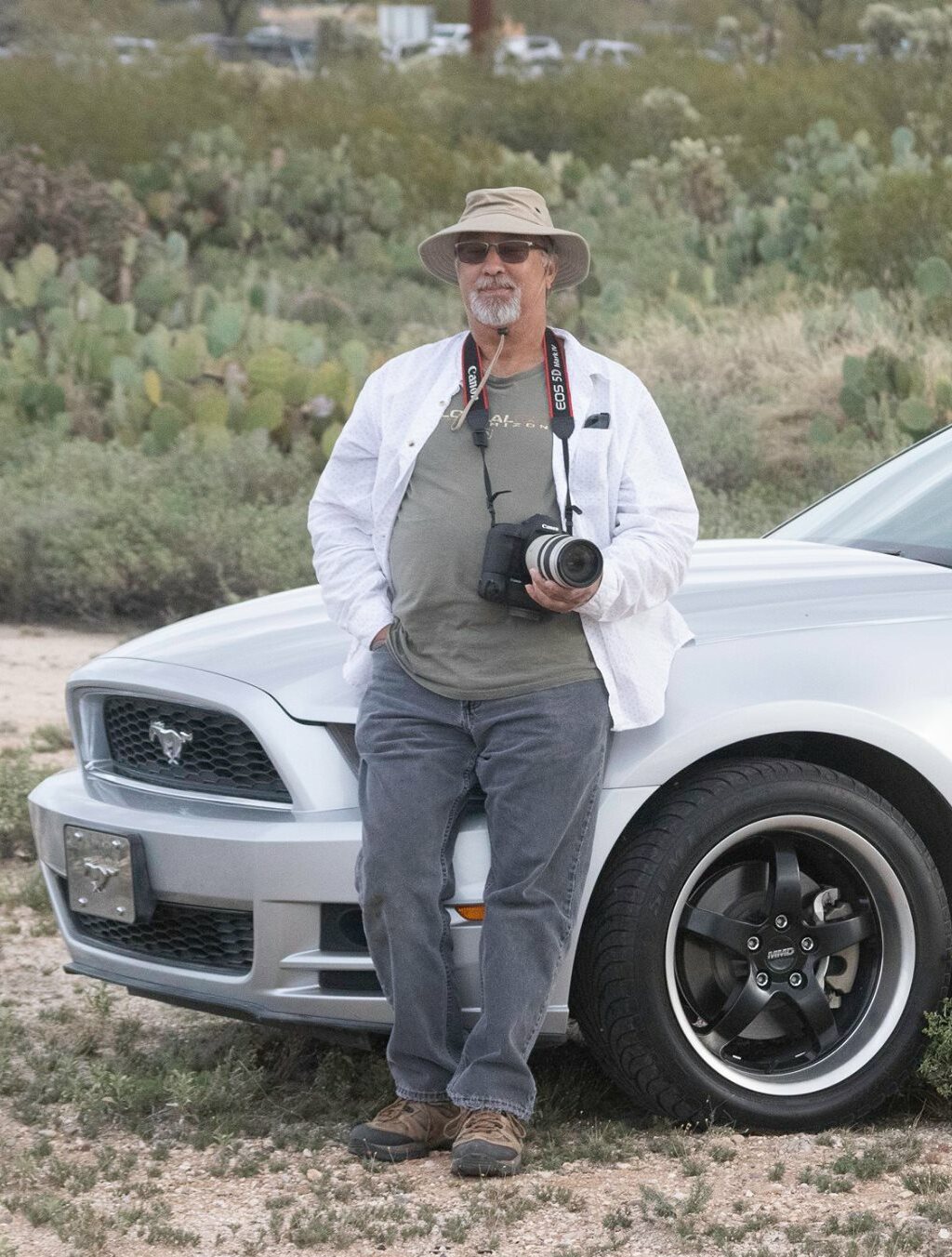 Bobby ‘Bob’ Wayne Tenor came into this world March 26, 1957, in St. Paul, MN and left this world August 18, 2021, in Tucson, AZ.  He was the second child of four Swedish “toe-heads” born to Fritz and Clara Marie (Hedin) Tenor.  He lived in Minneapolis, MN, until 12 years old and then, the family moved to Askov, MN.  He graduated from Askov High School in 1975.  He joined the US Army that September and was honorably discharged as an Artillery Surveyor Specialist in June 1978.  One of his favorite discoveries was that his father also served as an Artillery Surveyor in the US Army.  After his discharge from the military, Bob permanently relocated to Tucson, AZ, and never lost his love of the desert.  It’s a good thing as, for many years, he worked outside as a surveyor before moving to an office to become an engineering designer.  In 1985 he began his 28-year relationship with Karla Lea-Tenor, the love of his life who lost her battle with cancer in 2013.

Bob was an excellent artist, bowler, and total gear head (along with his two brothers).  He also loved to save a joke to tell at just…the…right…time.  He was frugal and generous at the same time.  He could procrastinate and was the first to admit it.  Quietly thoughtful, loyal, kind, and loving, he was a gift to all who knew him.  He was so much more but there will never be enough words….

In recent years, Bob found a new passion in photography and proved excellent in this endeavor.  His eye for detail and perspective was astounding.  Others thought so too as he was featured in Arizona Highways Magazine, KGUN Channel 9, and sold many of his pieces.  His photo calendars the last few years are prized possessions of his family.  He enjoyed his time with his photography groups (i.e., Tucson Storm Chasers and Tucson Milky Way Chasers) and photography friends too numerous to name, except for one.  After so many years alone, Bob found, through his photography, a new love and special relationship with Marta Toci.  While their time ended too soon, we, as his family, are grateful that he was able to spend this time with someone special.  He loved taking pictures at the Arizona Sonoran Desert Museum, Empire Ranch, Split Rock Light House and Northern Minnesota.  He will definitely live on in his art through photography.

A private, family service will be held at a future date.

In lieu of flowers, the family requests those donations be made to the Arizona Sonoran Desert Museum, Empire Ranch Foundation, or San Xavier Mission in Bob’s name.

Share Your Memory of
Bobby
Upload Your Memory View All Memories
Be the first to upload a memory!