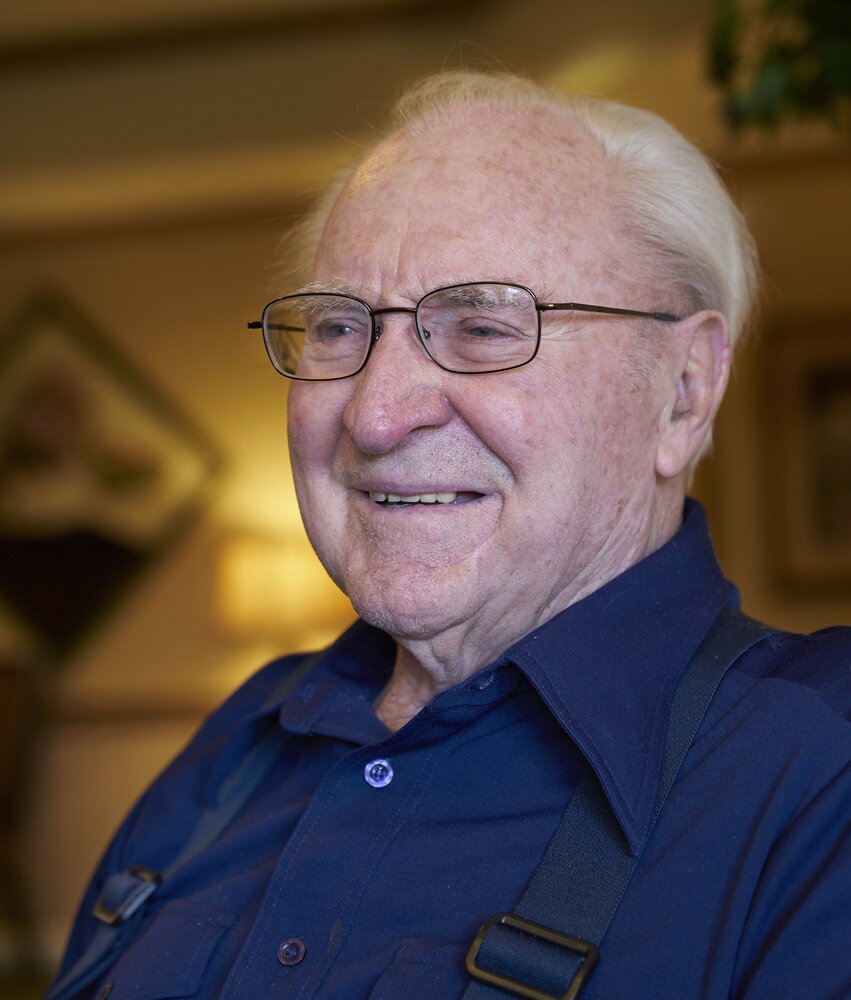 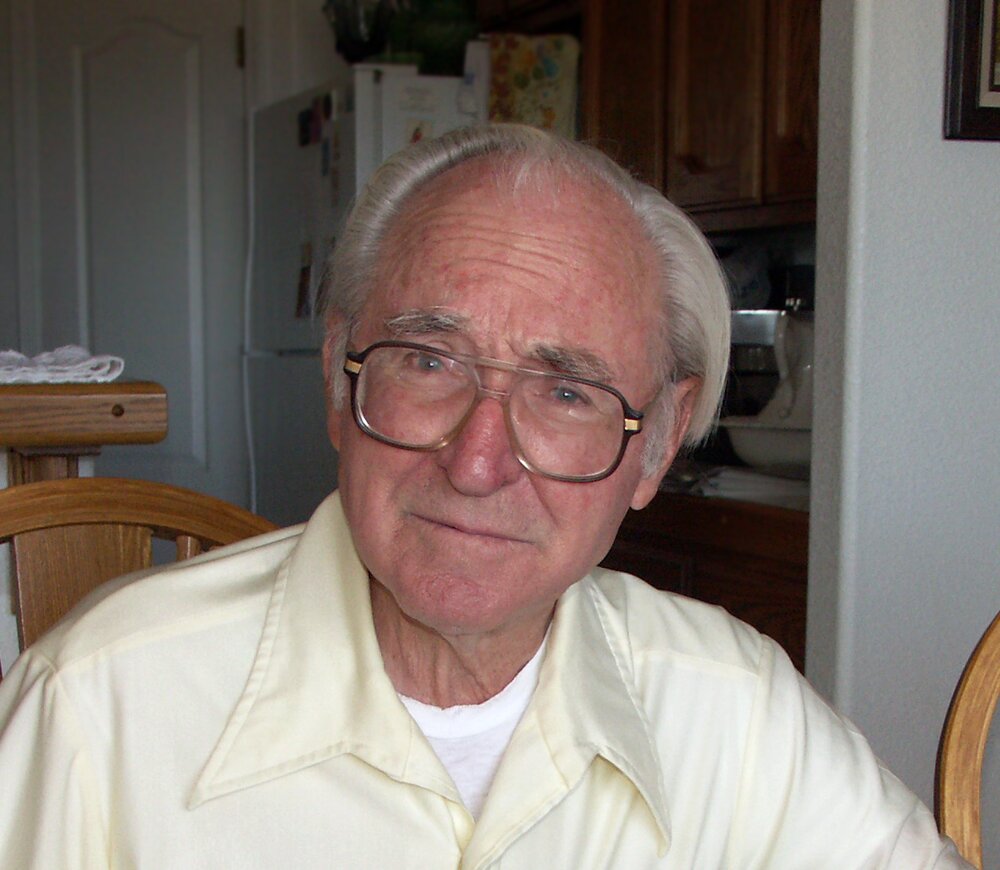 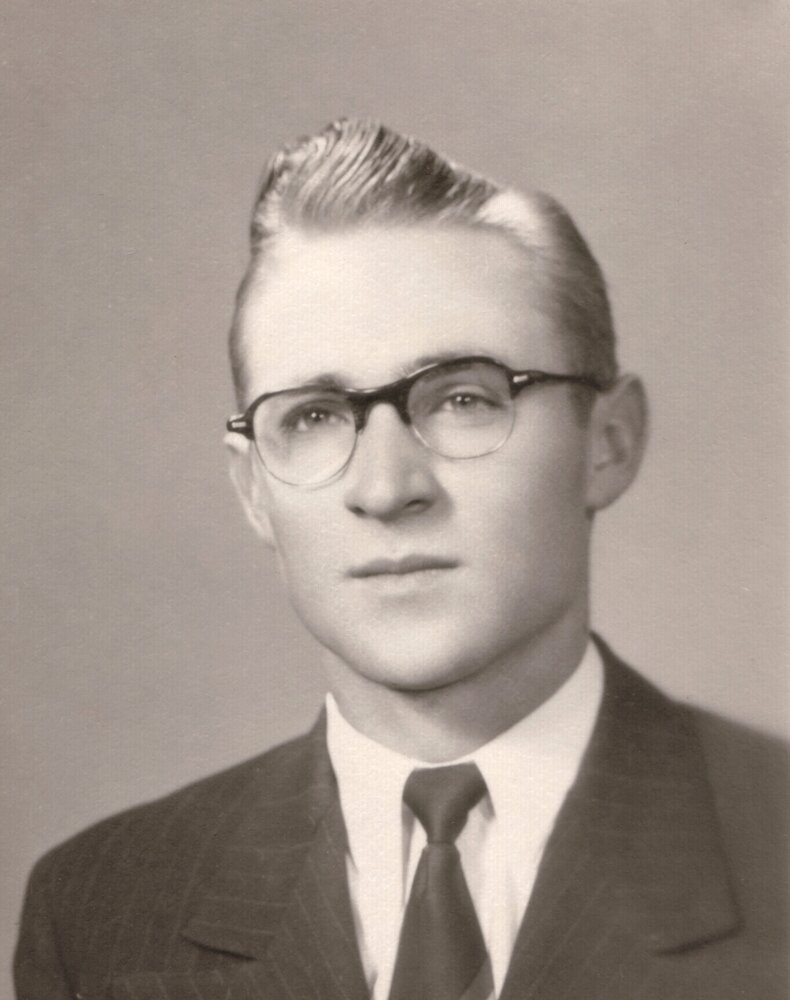 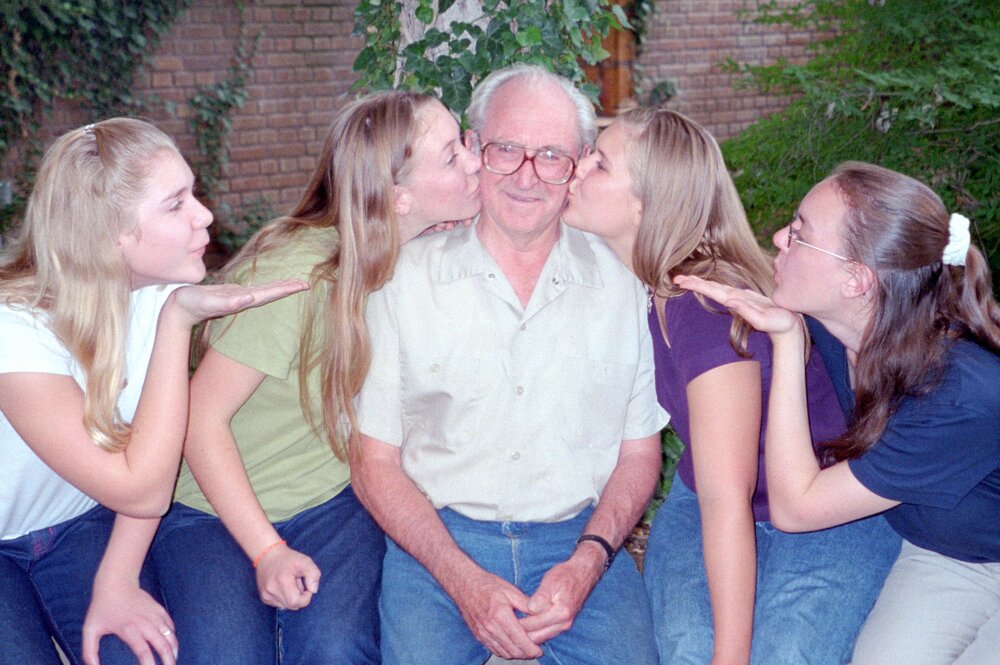 Glen Raymond Larson came into the world in Preston, Idaho on June 29th, 1929, the first born of Malinda June Davis Larson and Raymond Lundegren Larson. As the oldest of 7 children, much responsibility was placed upon Glen. He started doing chores on their eighty-acre Idaho farm when he was 6, he milked cows at 8, and by age 12, he dealt with runaway horses while harrowing the fields alone. He remained an exceptionally hard worker throughout his entire life. His work ethic and pragmatism were captured in a statement he made at age 10. At that time, Glen was still the only boy out of his siblings. When he received word that he now had a baby brother, Glen stopped pitching hay only long enough to say, “A fat lot of good he’ll do me. By the time he’s old enough to do anything, I’ll be married.”

Glen was intensely curious about the world. He taught himself multiplication at age 4 by looking at the array of stars on the American flag, and he later taught himself the advanced math he would need to do civil engineering. Glen graduated first in his class in high school and subsequently attended the University of Idaho. He supported himself in college by working in a sugar factory loading 100-pound bags of sugar into box cars for $1.25 an hour.

Glen always had strong faith in God. He was baptized at age 8 in an irrigation canal. At age 18, he served a mission in Sweden for the Church of Jesus Christ of Latter-day Saints. He first heard Swedish on the boat ride to Sweden. He taught himself Swedish by reading sentences from the Book of Mormon, first in English, then in Swedish. After serving faithfully, Glen was released from his mission and was asked to help renovate a chapel in Sweden before returning home. During this time, Glen and Solveig Kristina Frisk fell in love.

Glen and Solveig were married December 18, 1952 in Logan, Utah, during Glen’s final exam week. They lived in a tiny prefab apartment with no stove or fridge, and they had to store their milk on the balcony. Eventually, they bought a three-story, 11-room house with burst water pipes and a collapsing roof. Glen said it was a “baptism by fire” to fix that house up. He stripped off layer after layer of paint and wallpaper with a kerosene steamer. By the end of this process, he had paint running down his arms and neck. Despite having no prior experience, Glen built kitchen cabinets for that house by himself...with no power tools.

In 1955, Glen graduated from Utah State University with a degree in agronomy. Working for the department of Agriculture in the Soil Conservation Service, he helped farmers and ranchers set up efficient crop rotations and irrigation systems. Glen later worked selling Fuller Brush, designing right-of-ways for the Salt Lake Department of Transportation, and surveying land. During this time, Glen became a self-taught engineer. He studied textbooks at the kitchen table in his spare time and successfully challenged the Professional Engineering Licensing Exam. This allowed him to become a registered professional civil engineer without ever having taken a course in calculus or any engineering classes in school. Glen eventually became an owner of C&S Engineering, specializing in surveying, subdivision design, underground construction, and water lines for twenty years.

Glen was a loving father to Rolf Glen Larson and Tony Ray Larson. He created a legacy of honesty, hard work, and faith in God, which continues to benefit his children and grandchildren to this day.

In 1996, Glen and Solveig moved with their beloved pets to Arizona. Both in Kingman and later in Tucson, they grew bountiful fruit trees and beautiful flowers. Glen was known for helping neighbors with their yard work and always having butter pecan ice cream in the freezer.

When looking back on his life, Glen said:

I just want to say that we’ve had a good life together, Solveig and I. We’ve enjoyed the family very much and want to wish them the best and hope that all of them will follow the commandments so that we can be together in the eternities. That’s what we would like, you know. This life isn’t the end of it; this is just the beginning. We want to be together as a family unit and live in the same block so we can visit and learn together.

Vi älskar dig, Farfar. We will miss your pokes in the snoot, requests for bags of hundred-dollar bills, teasing questions, familiar jokes, and unconditional support. We are lucky to have you as a brother, father, grandpa, and friend. May your reunion with Solveig bring you joy, and please say hi to her from us. We love you and miss you.

Funeral services will be Friday, September 3, 2021 at the Adair Funeral Home: 8090 N Northern Ave, Oro Valley, Arizona. The viewing will be at 9:30am and the service at 10:00am. He will be interred next to his wife at the Binghampton Cemetery in Tucson, Arizona.

To send flowers to the family or plant a tree in memory of Glen Larson, please visit Tribute Store
Friday
3
September