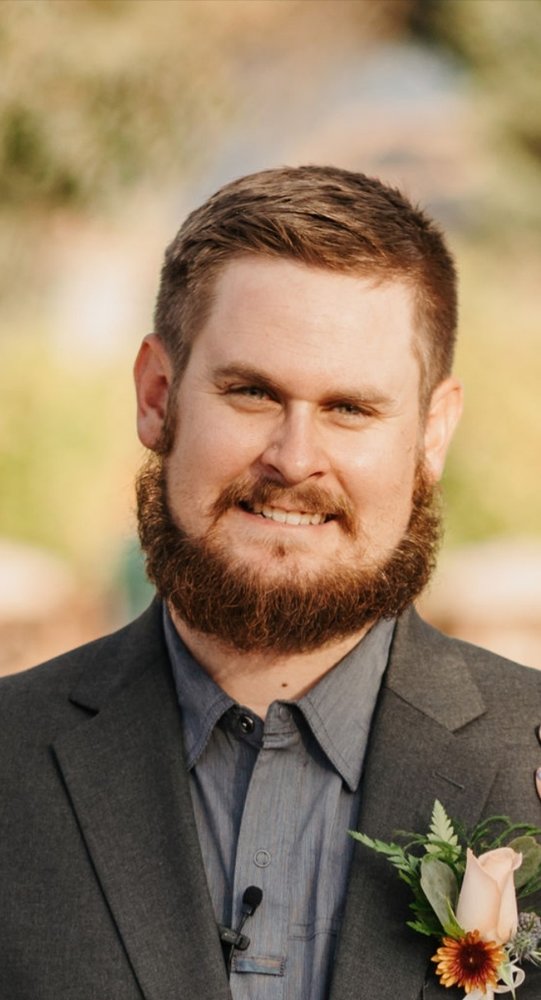 David Michael Pope, age 28, passed away on August 5, 2021. David Pope was born in Orange County, CA on July 9, 1993, to Sharon and Michael Pope. He lived in Mission Viejo, CA until 2001. His family then moved to Murrieta, CA until 2004. The Pope family relocated to Marana, AZ and made that home for the remaining years of David’s life.

David was the youngest child in the family and is remembered by his two older siblings, parents, wife, children, and unborn daughter, as well as many other family members. David grew up camping, riding bikes, playing with friends outside, and participating in many sports such as hockey, baseball, and lacrosse. David had many friends and a very memorable personality that impacted the lives of everyone he met. David was always making people laugh with his infectious smile and positive outlook. David loved fiercely and with everything he had, putting others before himself at every opportunity.

In high school, David continued to love sports and gained an interest in criminal justice. He was loved and respected by all his teachers. David continued to impact everyone throughout his school years. During David’s senior year he became an uncle, and he was beyond excited and proud. He and Olivia had a special bond in the ten years he watched her grow up. David graduated from Marana High School in May 2012 with aspirations to continue in criminal justice as a career.

After high school, David started a job at Caliber Collision. In that time, he met Brittany and her two children, Delilah and Troy, who he quickly fell in love with. He selflessly took on the role of their father and Brittany’s partner. Soon after meeting Brittany, David’s life began to fall into place. In September 2019, he met the owner of Catalina Towing and through building a relationship, a new professional opportunity arose. To David, this step was the beginning of his career in the tow truck driving industry. In December 2019, David proposed to the love of his life and her children. Brittany was quick to say yes. Brittany and David were married the following October, in a small ceremony on their favorite holiday, Halloween.

While Brittany and David were settling in as husband and wife, they began to plan for a new addition to their family of four. David and Brittany were blessed to find out that they were expecting a baby girl by the end of November 2021. With a growing family and Brittany’s support, David began pursuing his dream job in the Department of Corrections. On August 2, 2021, David interviewed to become a Corrections Officer and was offered the position on the spot. He was scheduled to start September 13, 2021.

David was the happiest he had ever been. All his hopes and dreams had come true with Brittany, his children, a new baby girl, the job of his dreams, and his family’s continuous love and support. His mother was his biggest advocate throughout his childhood, school, love life, and everything in between. He will be missed by family, friends, and strangers who became friends.

He is preceded in death by his grandfather James William Berry, who David looked up to and respected his whole life. His memorial will be held in the same park as his grandfather. We find comfort in knowing they are reunited once again.

David’s Memorial Services include the following:

In lieu of flowers, you may donate to Go Fund Me: Fundraiser for Cindi Michael by Gabi Blevins : David Pope's Memorial (gofundme.com)

To purchase flowers for the memorial, or plant a tree in memory, please see link below: Tribute Store | Funeral Flowers Hand Delivered

To send flowers to the family or plant a tree in memory of David Pope, please visit Tribute Store