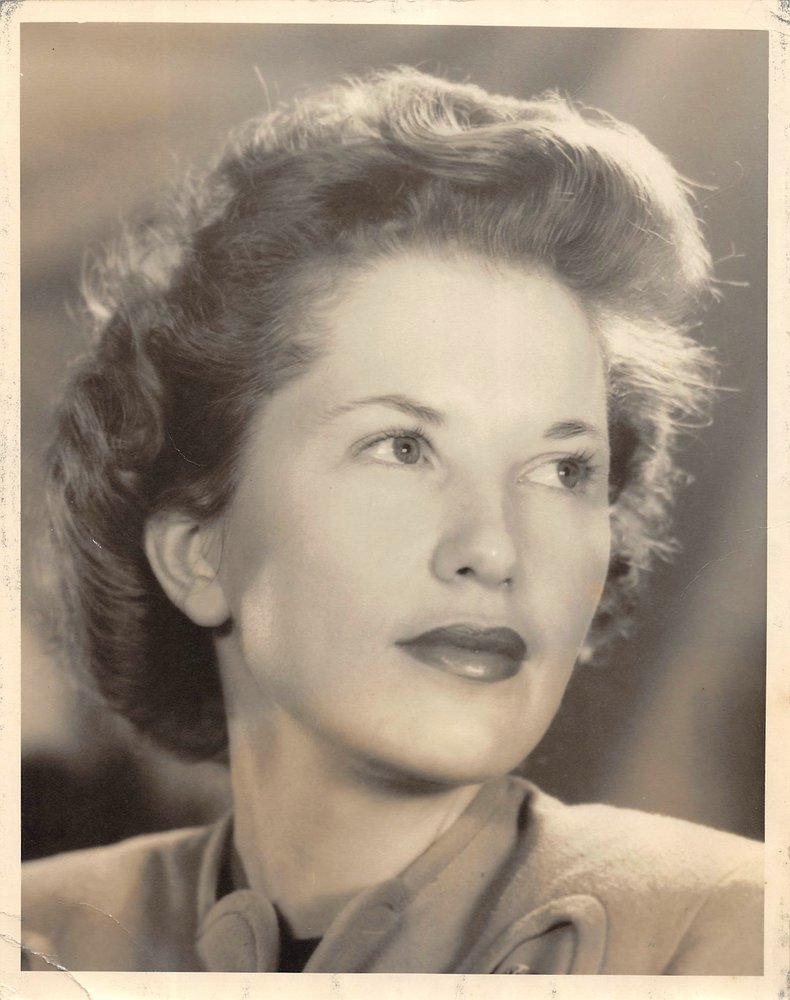 Maxine Petersen stepped into the light July 24 at the age of 100. She was born in West Virginia to Harold and Emma Flowers. In her 20’s she married Roger Tricot who was tragically later killed while on active duty in WWII. Following that loss, she traveled to Del Mar, California and later made her way to Hollywood finding work in an advertising agency. While in Hollywood she met and married Hans ‘Bud’ Petersen. They were married for 50 years until his death from Alzheimer’s.

Having a rough start in life Maxine was an orphan by age 7, having lost her mother at 4 months old and her father at seven. During the depression with limited options, she and her three young siblings (Russ, Lois and Mike) never found a home. Even with this difficult start our mother became a loving, caring, creative adult.

Maxine was a wonderful example of love, compassion and patience. She gave my brother and I many of life’s gifts; the love of animals, laughter, art, nature and music, and to be honest and responsible for your actions. As a small child the first record she bought me was by Etta James and in doing so she taught me that to feel the music is to hear the music. As a teenage girl I remember how embarrassed I would be when she would sing in public when we were out shopping. How I would love to hear that voice again. She could create something out of very little and in that she taught us to be creative and to see possibilities.

She is survived by daughter Karen Coyle (Joe) and Tom Petersen (Liz). Special thanks to Deborah and staff at San Nicholas Assisted Living and her previous care staff Maritza, Robert and Manny at another facility. Thank you to Kirsten and the staff at Casa de la Luz Hospice.

In lieu of flowers please give to one of her favorite charities: any animal rescue, the Hermitage Cat Rescue, Pawsitively Cat, the Humane Society (HSSA), Gospel Rescue Mission or the Salvation Army or a charity of your choice.

To send flowers to the family or plant a tree in memory of Maxine Petersen, please visit Tribute Store

Share Your Memory of
Maxine
Upload Your Memory View All Memories
Be the first to upload a memory!
Share A Memory
Send Flowers