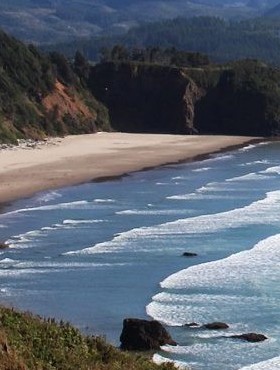 John Vernon Waddle passed 12/30/2020 into the welcoming embrace of his Savior.  Surrounded by his loving family at the foot of the Catalina Mountains he peacefully began a new journey leaving behind a gentle request that we not mourn, but rather rejoice in “a celebration of life.” Indeed, John lived life to its fullest depth and breadth.

Born 8/14/1935 in Los Angeles, California, his family moved to Tucson, Arizona before his fifth birthday. He always considered himself a native son of the Old Pueblo.  His formative years were spent in a home at the front gate of the University of Arizona. He was educated in a six-block radius from Roskruge Grade School, Mansfeld Middle School, Tucson High School and ultimately the University of Arizona.  He would forever remain a dyed in the wool Wildcat.

John worked as a skilled and well-respected dentist for more than five decades. He attended Northwestern Dental School in Chicago and met the love of his life Jean Harding a radiology technician at Michael Reese Hospital. They were soon married. After graduating from dental school he served in the US Naval Dental Corps at Camp Pendleton, California. Ultimately, he returned to Tucson where he spent 35 years in private practice.  When he retired from private practice he barely lasted two years before returning to the profession he loved. He worked well into his seventies at El Rio teaching dental students and caring for the underserved.

John will forever be our steely-eyed storyteller, historian and raconteur.  From his rope hammock in his backyard overlooking Tucson he would gather up and regale his beloved grandchildren with stories, anecdotes and tales of his adventurous life.  From meeting the Queen at Ascot in top hat and tails to watching the Moki atop the pueblos at Walpi, he could transfix any audience.  Many of his stories ebbed near water where he was “one with the world.”  He loved the gentle lapping waves in San Carlos and the babbling streams in Greer.  His passion for SCUBA diving took him hither and yon from the Blue Hole in Belize to the wreck of the Rhone in the British Virgin Islands.  He loved the bumps from Aspen to Telluride and even skied in the Dolomites in Italy.  But all the roads in his life would ultimately wind back to his home and his cherished sanctuary of a garden he shared for 62 years with his soul mate Jean.  As he would often quote, “When the world wearies and society ceases to satisfy, there is always the Garden.”  John and Jean were inseparable and incomparable partners with a voracious zest for life.

John was preceded in death by his parents Vernon and Margaret as well as his brother Gilbert. He is survived by his wife Jean and children Lori (Marshall Williamson), Denise (Chris McCarty) and Brian (Linda Waddle). His pride of grandchildren include Heidi and Holli Williamson, Stephen, Madelyn, Patrick and Joey McCarty, Scotty and Emily Waddle. In lieu of flowers the family requests donations to Boys and Girls Club of Tucson. Service to be held at sunset 8/14/2021 on the estuary beach south of Pilar Resort San Carlos, Sonora, Mexico

To send flowers to the family or plant a tree in memory of John Waddle, please visit Tribute Store