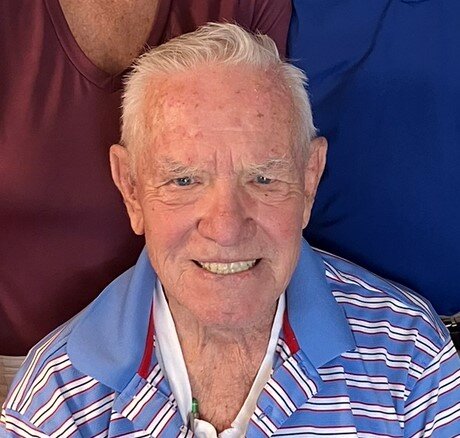 Donald James Sobey, son of Stephen G. Sobey and Martha C. Sobey (Tyler), (both deceased), was born in Chicago, Illinois and was a longtime resident of Tucson.

He was preceded in death by his wife of 49 years, Bernadette (Buzinski). He is survived by his four children, Stephen (Marianne), Michael (Margaret), Phillip (Lynette), and Roseann. Thirteen grandchildren and six great-grandchildren also survive.

Donald served his country proudly in Vietnam as a pilot in the USAF, retiring at the rank of Major. He then became a pilot for United Airlines and retired as a Captain in 1992. He and Bernadette were able to travel the world and enjoy a great many different experiences

Donald was active in several veterans organizations including the American Legion, Veterans of Foreign Wars, Dadaelions, and Quiet Birdmen.

An extraordinary man with many talents, he was an accomplished organist and painter. His hobbies included model railroading, sailing, and ham radio. He was also a volunteer high school soccer coach for St. Viator High School. He leaves behind a legacy that extends far beyond his family.

Donald was an avid golfer and a friend to many at the Oro Valley Country Club. He was a great story-teller and loved to sit around the table telling tales of the past. He had no greater joy, however, than his grandchildren and great-grandchildren.

Funeral Mass to be held at St. Thomas the Apostle Catholic Church

To send flowers to the family or plant a tree in memory of Donald Sobey, please visit Tribute Store

Share Your Memory of
Donald
Upload Your Memory View All Memories
Be the first to upload a memory!
Share A Memory
Send Flowers