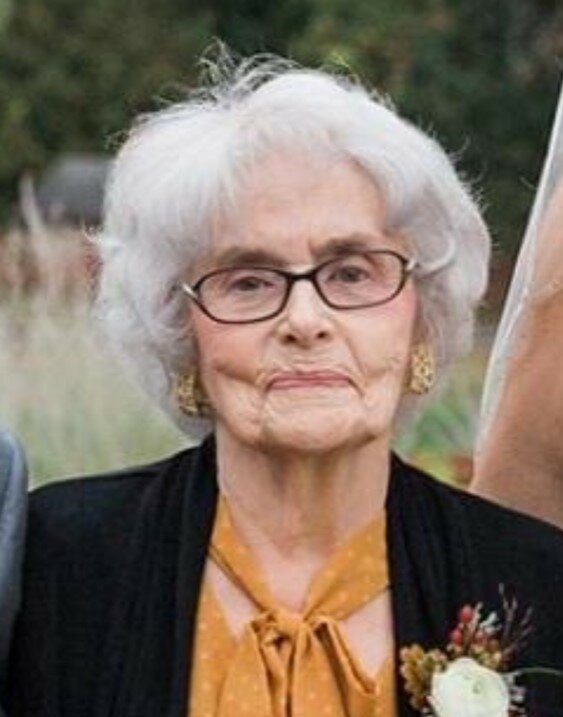 June Marie Meilleur passed away on January 7th 2023 at the age of 89 with her husband William (Bill) by her side. She was born on June 1, 1933, in Corinth New York. June enjoyed spending time with family, celebrating holiday traditions, baking, and shopping with her daughter and granddaughter. Throughout her time living in New York June owned and operated the Heidelberg Inn, located in Glens Falls, NY. June enjoyed baking the restaurant's award-winning desserts as well as the friendships she made with customers and restaurant employees. June loved indulging in ice cream every chance she got, visiting with loved ones, and being with family. After selling the Heidelberg Inn June and Bill traveled cross country to Arizona once a year for 8 years. They enjoyed horseback riding, sightseeing, and new experiences. Eventually, June and Bill resided permanently in Tucson Arizona in the Saddlebrook community where they enjoyed their life together and hosting visits from family who loved her dearly.

June is survived by her beloved husband William John Meilleur, her two children Ross William Meilleur and Tina (Robert) Marie Meilleur-Connor of Harwich, MA, grandchildren Andrew (Lauren) John Lynch of Boston, MA, and Jacqueline (Matthew) Meilleur Jacques of Cohoes, NY, and her great- granddaughter Molly June Jacques, who is lovingly named after her. Services for June will be held at Saratoga National Cemetery, Saratoga NY, at a later date where she will join her dearest sister-in- law and husband, Dale and Earle Leaman.

To send flowers to the family or plant a tree in memory of June Meilleur, please visit Tribute Store

Share Your Memory of
June
Upload Your Memory View All Memories
Be the first to upload a memory!
Share A Memory
Send Flowers