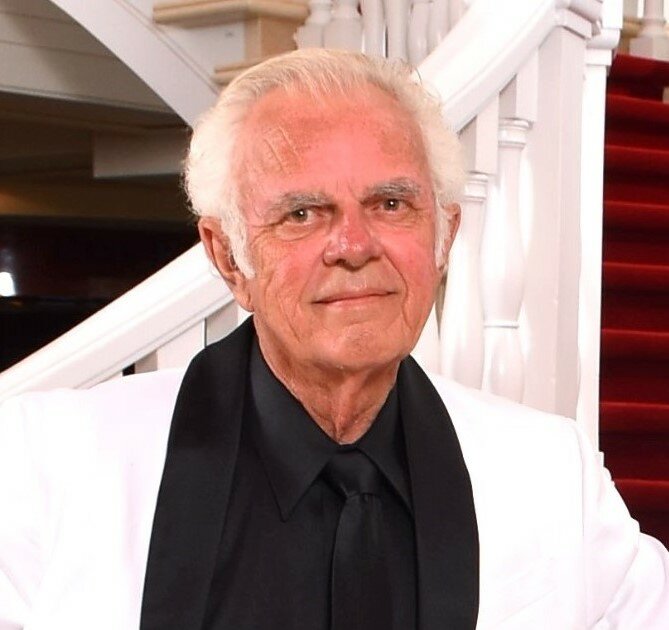 Everyone is invited to celebrate John’s life. Stop by, light a candle, write a memory, and share a story about you and John.

Due to Covid the family postponed the celebration until now because they wanted you to be safe while attending.

Johnny Wayne Chapman the son of Lt Col. James W Chapman and Betty Christensen (both deceased) was born in San Angelo Texas but was a long time resident of Tucson and a well-known active member of the community.

He is survived by his wife Deloris and two siblings a brother James Chapman Jr married to Louise and a sister Tomi Hansen. He is also survived by two sons Johnny Chapman II married to Sabrina and Jeremy Chapman married to Kimberly. Also six grandchildren Alexia (married to John Cusick) Camryn (married to Christian Wildridge), Marissa, Jennika, Joshua, and Jackson.

John came to Tucson at the age of 15. He fell in love with beautiful Tucson and the wonderful people of this area.

He met Ron Adair and a lifelong friendship developed. Ron introduced John to the funeral business and at 18 he began working at Adair Funeral Home. He knew that this was the perfect career for him because he could help people. He was with Adair Funeral Home for 52 years and he always felt it was an honor to help people in their time of need.

He also had his own business Chapman Accounting and Taxes. He met and helped so many people in all those years. His business is why he became a volunteer for many organizations. He loved to volunteer and help the community. He had several favorite organizations but working for the Reid Zoo meant so much to him. His volunteering helped the zoo in many ways, including the ability for them to education children about the zoo. He understood the importance of the zoo and what it means to our community.

When the organization called Missing in America came to Tucson John was proud to work with them. His father was a Lieutenant Colonel in the Air Force and he was raised understanding what men and women go through being in the military

and serving their country. Some veterans become lost or have no family. Missing in America steps in and gives the veteran a military funeral.

John and his brother Jim started a family tradition by joining DeMolay. They were very active and once they had sons their sons joined. It became a brother and brother, father and son, uncle, and cousins’ tradition.

John’s love of photography turned into his favorite hobby. He won several awards with his unusual picture of nature, animals, and people. He always had his camera close by so he could take that one in a lifetime picture. There will be several of his picture at the celebration.

Another hobby was collecting Kachina Dolls. He loved to display them and was always ready to talk about them and their meaning.

Last, but so important to John, is the University of Arizona Wildcats Men’s Basketball. He could tell you about each player and about each game. He was always ready for a game and never missed one.

John’s family and friends were not ready for John to leave but God had other plans for John. Your wings were ready, but our hearts were not.

Live life to the fullest.

Love with all your heart.

May God walk beside you.