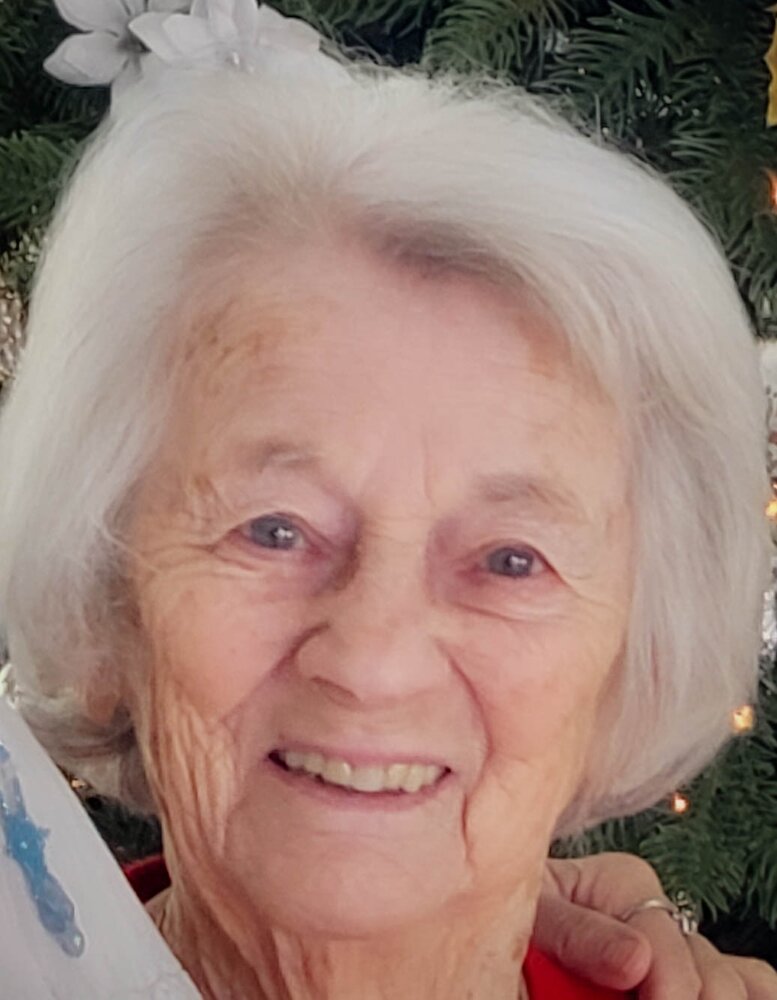 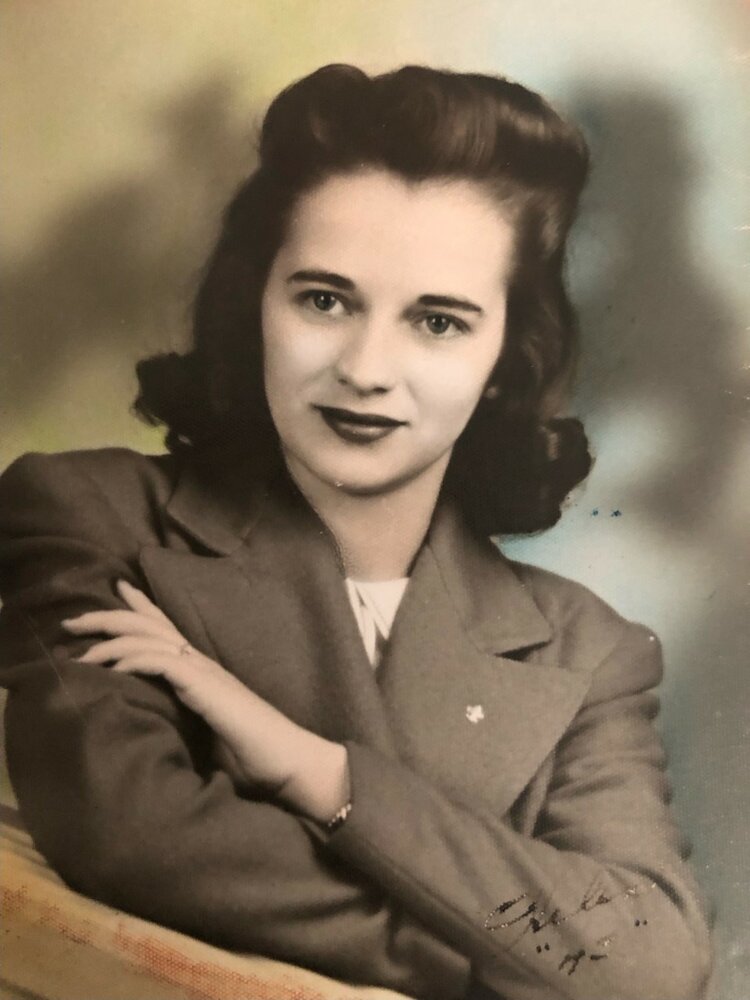 Helen Irene Wigoda, passed away on December 17, 2022, exactly five weeks before her 100th birthday.  Her daughter, Karen, and son, Paul, were at her side, as was Father Daniil of the Holy Virgin Russian Orthodox Church in Tucson.

She also leaves many nieces, nephews, godchildren, and their children, all of whom held her dear.

Helen was born on January 21, 1923 in Detroit, Michigan, where she lived most of her life.  She met Stephan (Steve) Wigoda across the backyard fence while still a teen.  She and Steve married on October 25, 1944 at MacDill­­­ Military Air Field south of Tampa.  They lived near the Base until Steve shipped out to England as a member of a B-17 crew.  After the war, they lived briefly in Ann Arbor, Michigan and then moved back to Detroit.  In 1971 they moved to Lathrup Village, a Detroit suburb.  In the 80’s they pulled up the stakes and moved to Spring Hill, FL, but Helen never considered that home.

Two years after Steve’s passing in 2005, she moved to Tucson, Arizona near Karen and Jim.  She had an apartment in Amber Lights Senior Community.  Her last 19 months were spent under the tender care of the staff at Casas Chapala Assisted Living.

Helen had a terrific sense of style.  She was always fashionably dressed and everyone that knew her will testify to her extensive wardrobe. The purse always matched the shoes, which were beautiful!  Getting those great shoes was a challenge, as she wore a Size 4.  From the 1950’s through the 1980’s, Size 4s were the “sample size” and stores reserved them for her.  After the sample size increased, shoe stores that would call her whenever they had size 4s available.  Her nails were always done and she was quite “wild” when she moved to Tucson, sporting blue toenail polish!

Helen’s fashion sense translated into many an artistic endeavor.  She sewed matching mother/daughter dresses for Easter, made doll clothes with the remnants and made amazing Halloween costumes.  She created terrific ceramic pieces.  Helen dabbled in painting and made stained glass.  Her counted cross-stitch pieces grace many walls of friends and family.  In her late 80s she took up making beaded jewelry and then, in her mid-90s, expressed her artistic side in detailed works in adult coloring books.

Helen loved to garden.  Wherever she lived, her flower beds surrounded the house, filled the yard and were the envy of the neighborhood.  Many a neighborhood child delivered flowers to their moms that were clandestinely picked from Helen’s gardens.

She baked the most wonderful cakes (no box mixes in her kitchen).  Animal-shaped birthday cakes, walnut torte with the best butter crème frosting ever to grace a cake.   Her pineapple up-side-down and German chocolate cakes were favorites.  Pies, on the other hand, were not her forte.

Helen played mandolin in the Holy Ghost Russian Church youth orchestra.  As an adult, she played the piano and loved to sing, even though she “couldn’t carry a tune in a bucket.” Family mercilessly teased her for singing “in the key of off”!  Rarely did a long road trip take place without us singing songs of WWII and the 1940’s.

The consummate hostess, Helen loved getting together with friends and family for any or no reason.  She also enjoyed the Holy Ghost Church Bowling League, events held by the Federated Russian Orthodox Churches, Metropolitan Life Insurance Annual Conventions, and wedding and anniversary celebrations.  Helen was thrilled to be on the dance floor.  Even at the age of 93, she danced a lively polka at Alex and Rachael’s wedding.

Always willing to travel, Helen took full advantage of travel benefits when Paul and Sarah worked as flight attendants for Pan Am.  With these benefits, she and Steve finally made their dream trip to Hawaii.

Where there was family or friends, there was a deck of cards for Oh, Hell, Kings in the Corner, Crazy Eights, Euchre, or Pinochle.  No cards?  No problem.  Dutch Dice, Mexican Train, and Rummy Cubes sufficed.  Regardless of the game, the competition was spirited and hilarious.

Helen was a fanatic about penguins and hummingbirds.  Her penguin collection on her door stoop at Amber Lights earned her the nickname of “Penguin Lady.”  The collection of all things hummingbird graced every surface of her apartment.

Helen shared an intense bond with Steve’s niece, Carolyn Heinbach of Pittsburgh, 9 years her junior.  The many “adventures” and practical jokes (especially dish rag creations) the two shared are remembered with great glee and laughter by the entire family.

She and her son-in-law, Jim, had a relationship many would envy.  After one dinner they made together they dubbed themselves “Foo and Foo” (long story) and addressed all greeting cards accordingly.  Plus, their greeting cards were always in Spanish, a language neither of them spoke.

Her grandchildren, Alex and Gabby, loved visiting their “Baba” in Florida.  The hot tub became a mini swimming pool for them.  They happily picked oranges from the tree in the yard and squeezed fresh juice with Baba. When Paul and Sarah moved to Spring Hill, FL and lived a couple blocks away, Helen loved attending Alex and Gabby’s school events and watching them grow.

For the last 15 years, she was an adopted “Mom” of the Douthitt Family, Deborah and Scott (who passed away last year) and their daughter and son-in-law, Laura and Brad Hawk and granddaughter, Olivia.

Every one of her “grand-doggies” over the years were twitter-pated with their Baba.  They could not get enough of her attention and she obliged with scratches and belly-rubs.

All of Karen’s and Paul’s friends over the decades were welcomed into the family with open arms, tasty meals, and memorable family gatherings and holidays.

Arrangements have been made by Adair Avalon Funeral Home in Oro Valley, AZ.  Friends and family will gather for a service at the Adair Avalon Chapel on January 4, 2023 at 3:00 p.m.  Helen will be laid to rest with Steve at the Florida National Cemetery in Bushnell, Florida on January 18, 2023.

In lieu of flowers, please plant something in your garden for hummingbirds to enjoy.  Additionally, donations can be made to:

To send flowers to the family or plant a tree in memory of Helen Wigoda, please visit Tribute Store

Share Your Memory of
Helen
Upload Your Memory View All Memories
Be the first to upload a memory!
Share A Memory
Send Flowers