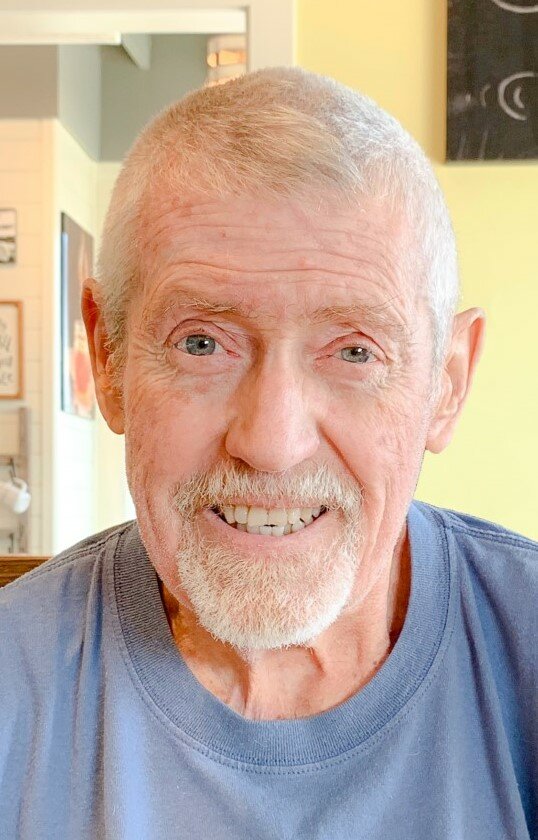 Marshall was born January 6, 1942 in Mason City, IA, son of Sterle and Dorothy (Conway) Crandall. He was the oldest of four children (brothers Scott and Kim, sister Cyndie). Marshall spent his youth in Mason City, IA attending Northern Iowa Community College and then on to University of Northern Iowa in Cedar Falls where he graduated in 1964. It is at UNI where he met Kay Lockrem, and they were married June 13th, 1964.

Marshall was an educator. He spent his early career teaching history in North Platte, NE. In 1967, Marshall and Kay moved to Joliet, IL to continue their careers, teaching in the local public high school system for the next 13 years.

In March of 1977 Marshall and Kay welcomed their son, Courtney Marshall. Marshall’s devotion to Courtney, both as a father and a friend, was unparalleled. Courtney was his father’s dearest treasure.

In 1982, Marshall transitioned to a role as lead Administrator of Media Services for the high school system in Orland Park and Tinley Park, IL, finally retiring from this role in 1999.

Marshall pursued many interests. A star athlete in his youth, Marshall played baseball at the collegiate level for the University of Northern Iowa. After college, Marshall coached baseball and basketball for many years at the youth and high school levels, earning trust and respect from the players and students who learned from him.

At an early age, while listening to games on the radio with his mother, Marshall formed a bond with the Chicago Cubs. This bond brought him to the suburbs of Chicago where he became a Cubs season ticket holder for 37 years. Marshall’s dream of watching the World Series from his own seats was finally realized and his ultimate devotion was finally rewarded with the Cubs winning it all in 2016. One of Marshall’s true happy places is the corner of Addison and Clark on the north side of Chicago.

Marshall’s keen interest in world history, geography, and culture took him to many locations across the globe. His journeys on five continents, driven by a worldly curiosity and wanderlust, resulted in countless memories made with friends and family; well documented by thousands of photos taken along the way. A tragic auto accident claimed his leg in 1969, but in all of his travels and adventures, Marshall never let anything prevent him from doing the things he loved most.

Above all, Marshall enjoyed sharing his greatest interests and passions. He spent 58 ½ years of marriage with Kay, his best friend and the love of his life. He raised his son with all the generosity, kindness, compassion, and love a father could provide. He formed a poker group of colleagues that is still meeting nearly 40 years later. His family and friends will be forever grateful to him.

He was proceeded in death by his parents, Sterle and Dorothy, brother Scott, and sister Cyndie.

A celebration of Marshall’s life will be held in Illinois during the summer of 2023.

In lieu of flowers, the family has asked for donations directed to Catalina Hospice, www.catalinahospice.com.

To send flowers to the family or plant a tree in memory of Marshall Crandall, please visit Tribute Store

Share Your Memory of
Marshall
Upload Your Memory View All Memories
Be the first to upload a memory!
Share A Memory
Send Flowers