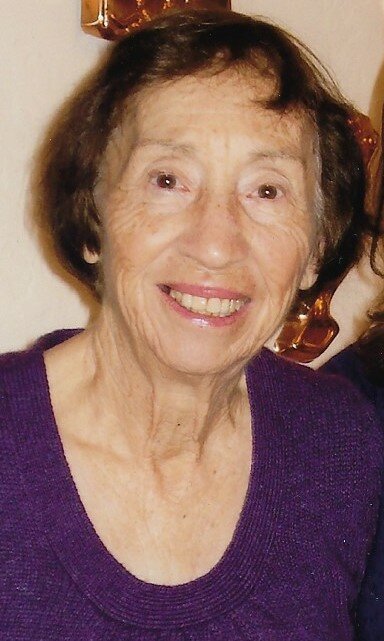 Esther Ochoa, 93, passed away peacefully at home in Tucson on October 15, 2022. She was born to Ruth and Joe Felix in St. David, AZ on April 7, 1929. She moved to Benson and then Tucson. She joined the Flirts softball team and met her future husband Carlos at a dance. They were wed on Feb 3, 1951. She worked many years as the VA Hospital Secretary to the Chief of Surgical Service, teaching and keeping residents in line. She loved taking her kids on annual trips to the White Mountains and Guaymas, Mexico. She is survived by her sisters, Bertha Gallego (Albert), Mary Louise Zavala (Tavo), daughter Barbara Ochoa of Tucson, son Rick (Christine) of Boise, ID and daughter-in-law Jan (Ed) Ochoa of Tucson. Esther was preceded in death by her husband Carlos and son Ed. She loved her grandchildren Emily (Andy) Ochoa, Lindsey Ochoa, Andrew (Kristen) Ochoa and Katie (Chad) Castillo. Her great-grandchildren include Audra and Barrett Densley, and Caden, Camryn, and Cooper Castillo as well as James Ochoa. A funeral Mass will be held in her honor at Santa Cruz Church on November 15 at 10 am. Donations in Esther's memory may be made to your local food bank. She will always be remembered as a sweet, kind and loving soul who enjoyed going to dances with her sisters, as well as spoiling her grandchildren with ice cream.

To send flowers to the family or plant a tree in memory of Esther Ochoa, please visit Tribute Store
Tuesday
15
November

Share Your Memory of
Esther
Upload Your Memory View All Memories
Be the first to upload a memory!
Share A Memory
Send Flowers