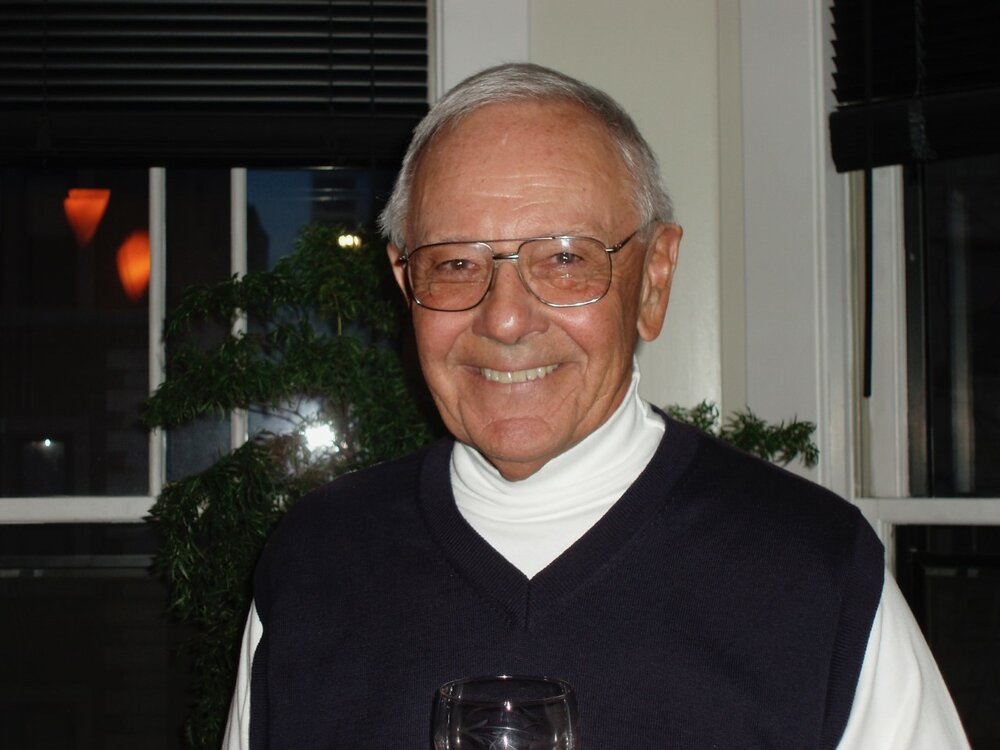 Ozwald John Mazzetta II (Oz, Ozzie, OJ) was born on 11/2/33 in Chicago, IL. He was raised in the northern suburbs where he learned to swing a golf club. He became a very good golfer and was awarded an Evans Scholarship to the University of Illinois, where he earned his degree. Oz spent his entire career as an industrial designer with Motorola-Panasonic. Late in his career he was transferred to the San Diego area where he found that the warm weather and desert climate suited him after many Chicago winters. Eventually Oz and his wife, Sharon, retired and made their home in Tucson.

Oz raised 3 children with his first wife and was blessed with a long and happy marriage to Sharon for 29 years. Oz was stepfather to Sharon’s 4 children and together they shared 7 grandchildren and 1 great grandchild.

Oz was detail oriented and knowledgeable on many topics; he loved to read and learn. In more recent years, as reading became more difficult, he continued to research areas of interest via the internet. Oz was a smart consumer and a great customer. If he liked a product, he would never buy just one. Sharon has a lot of barely used golf shoes to take care of.

The family wishes to thank the staff at Banner Hospital and Casa De La Luz for their comfort and care.

To send flowers to the family or plant a tree in memory of Oswald Mazzetta, please visit Tribute Store
Monday
7
November

Share Your Memory of
Oswald
Upload Your Memory View All Memories
Be the first to upload a memory!
Share A Memory
Send Flowers