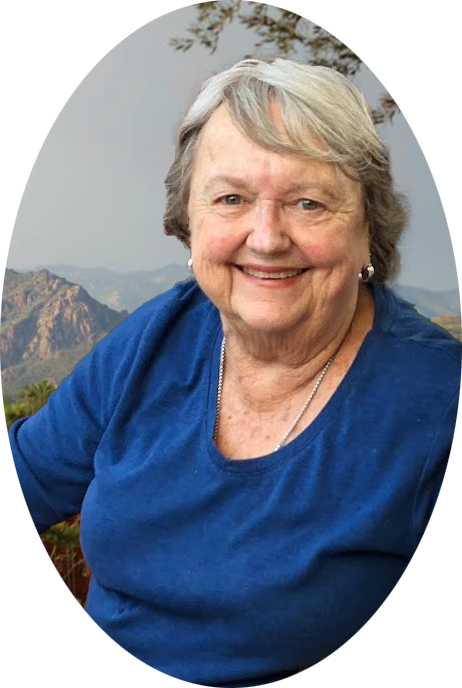 Agnes passed away in the early morning hours of October 25, 2022. She is survived by four of her five children, Roxane Bonner, Cathy Cook, David Johnson and Scott Johnson. She lived to see her grandchildren and great grandchildren. She is preceded in death by all her siblings, by her lifelong love, Albert and her third child, Kim Johnson.

Agnes was born on May 14, 1934. She was one of six children of Alfred and Corrine Saulnier in Kansas. She lived in the town of Clyde until age 11, when she moved to Welsh, Louisiana, to live with her oldest sister Theresa. After graduating from Welsh High School, she earned a nursing degree. Through her work she met Albert Johnson; they married in 1959.

Married life took her out west, the only one of her siblings to leave Louisiana. She gave up her nursing career to focus on raising her family. She and Albert first moved to Farmington, New Mexico, where she had four of her five children. Albert’s mining career brought the family to Oracle, Arizona, where her fifth child was born. After her three daughters were grown, she and Albert moved their sons to Parker, Colorado. When Albert retired in 1989, they settled in Tucson, Arizona, to live out their final years.

Agnes always loved watching sports. She golfed regularly, held season tickets for the University of Arizona Football team for more than 30 years and played in a regular poker group until her passing. She was an active Catholic and belonged to several social organizations. Agnes was an avid quilter. She donated a multitude of blankets to the children at Casa De Los Niños in addition to the beautiful works she produced for her family.

She will be greatly missed, but is with her Lord in heaven, after having done so much to raise her southwest pioneering family.

Reception and Celebration of Life will be held afterward at 12:00. RSVP to a family member for details.

To send flowers to the family or plant a tree in memory of Agnes Johnson, please visit Tribute Store

Share Your Memory of
Agnes
Upload Your Memory View All Memories
Be the first to upload a memory!
Share A Memory
Send Flowers