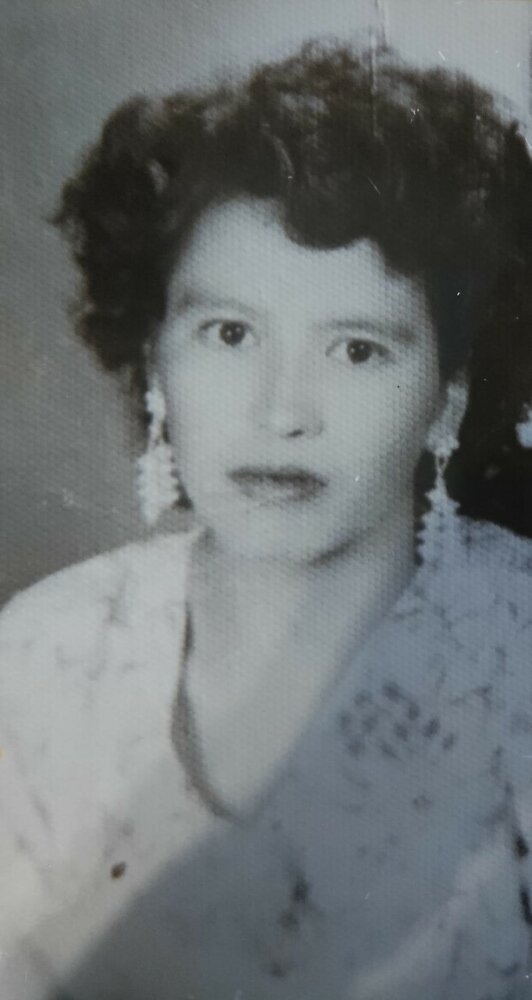 Soledad Giron Lopez left her beautiful 92-year-old earthly abode peacefully on the morning of October 24, 2022, in her home in Tucson, Arizona with her oldest daughter Maria by her side. Soledad was a remarkable, extraordinary woman. Those that were lucky enough and blessed to know her know that it is hard to find the perfect words in either Spanish or English that would give her the much-deserved homage she deserves to describe and speak of her. Soledad was a fighter from birth. She was born in El Tigre Sonora, Mexico on December 31, 1929, to parents Lorenzo Giron and Ana Molina. That town, which no longer exists, was a mining town at the time of her birth where her father worked. Sadly, Soledad became an orphan at a very young age. Since she was only 7 ½ years old at the time of her mother’s passing, her early childhood memories are few and seated in deep sorrow as she found herself separated from her siblings and raised by various family members. Siblings all predeceased her; their names are Agripina and Manuel. There may be others discovered as we continue to work on her genealogy. For this obituary however, we will focus on and celebrate her triumphs, as she was extremely resilient overcoming every single obstacle that came her way, no matter how insurmountable. Every obstacle she mastered gave her the necessary courage and experience to keep going and not give up.

Soledad eventually became a strong, intelligent, hard-working, successful, independent woman. Due to the nature and location of her poverty-stricken early childhood, formal schooling consisted of only partial first grade. She was determined however, to get ahead and taught herself to read and write and do simple arithmetic as she knew the importance of that if she was to succeed. She married her first husband Jose Maria Dorame at a young age. With this marriage, she was blessed with a daughter Guillermina, who predeceased her, and she is survived by two sons, Jose, and Domingo. After her divorce from her first husband, Soledad met her second husband, Jesus Lopez in Agua Prieta, Sonora Mexico. They were married on January 21, 1960, and had 5 beloved children together, all of which survive her. Their names in order of birth are as follows: Ramon, Maria, Sonia, Elizabeth, and Maricela. Soledad and her second husband Jesus also lovingly took in 5 of her sister’s children at her passing and raised them as their own, all of which survive her. Their names in order of birth are as follows: Maria De La Luz, Anita, Maria, Arturo, and Daniel. One of the many qualities Soledad was known for is her selflessness. She always had room in her big heart for family and others around her with lots of love and food to share.

At last count, since the number keeps growing, Soledad had 45 grandchildren, 94 great-grandchildren and 3 great-great grandchildren. Also, many nieces and nephews and other extended family. Too many to name individually, however, each one of them in her bloodline has that fighter grit in them just like she did which she passed down to her children and the rest of her lineage. Each one of them she knew and loved dearly, and she made sure they all got her love and attention.

Soledad eventually immigrated to the USA in 1970 where she continued to make great strides in life as she learned to navigate in a new country, language, and culture. She leaves a great legacy of not only overcoming life’s challenges, and raising a large family, but also one rooted in her love for our Savior Jesus Christ and his divine Gospel. She was a devout faithful member of the Church of Jesus Christ of Latter Day Saints. She served valiantly in many callings in the church over the years, many of which she did valiantly with her loving husband Jesus Lopez by her side. One of her favorite and longstanding callings was doing family search indexing as part of genealogy work. She leaves an exemplary example of what it means to be a true disciple of Jesus Christ.

She loved the gospel and its teachings, especially the truth about families can be together forever. She always knew without a shadow of a doubt that she would one day be reunited with her husband and all those who predeceased her by crossing the veil to the other side before her. Soledad was deeply loved, admired, and respected by many. She will be greatly missed by her large family, many friends, and her countless acquaintances. May she rest in peace now and keep a seat open next to her as the rest of us join her one by one……..

Thank you for being part of Soledad’s circle of life as we honor her and her life.

To send flowers to the family or plant a tree in memory of Soledad Lopez, please visit Tribute Store
Friday
28
October

Share Your Memory of
Soledad
Upload Your Memory View All Memories
Be the first to upload a memory!
Share A Memory
Send Flowers