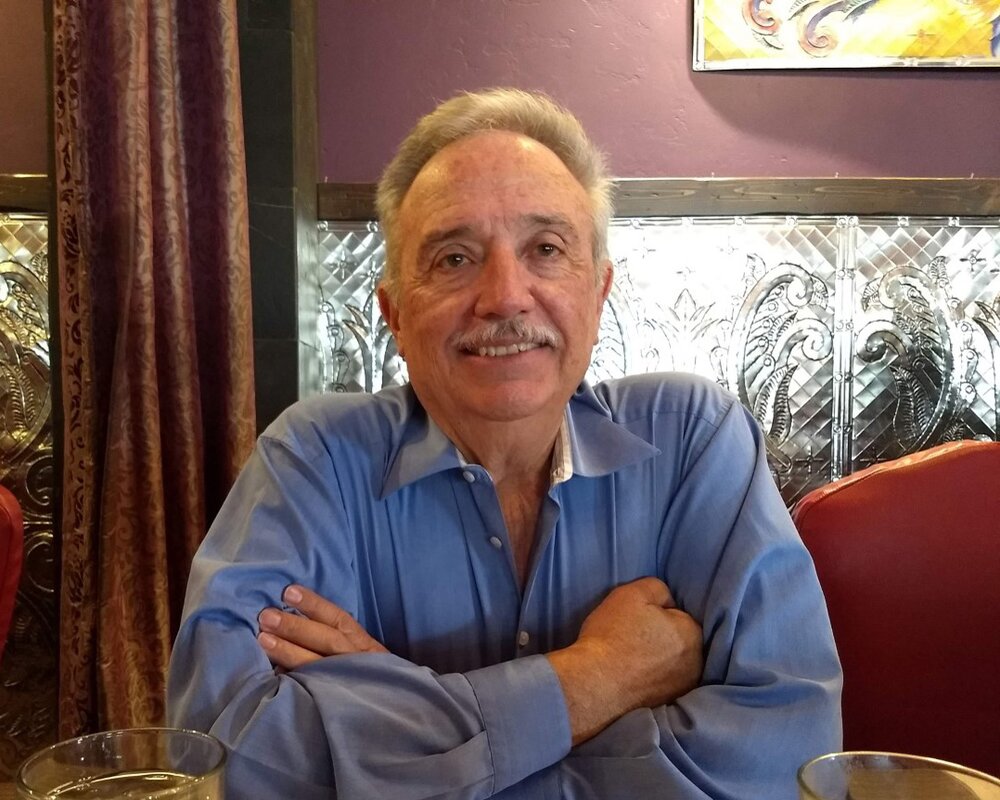 Albert David Baron, 70, passed away with his loving family surrounding him on September 30, 2022.

Albert was raised in Tucson, AZ. The third child of Bob and Gloria, he had fun growing up on the Southside of town. He learned how to climb trees, chase the dog, help with yardwork and chores, study hard and enjoy the outdoors. And he also learned how to be mischievous, from his two older brothers. He attended St. John the Evangelist Catholic School, Pueblo High School, the University of Arizona and the University of Phoenix. He graduated with a Bachelor’s Degree and a Master’s Degree. He started his career at Hughes Aircraft Company September 1973. While working at Raytheon Missiles and Defense, he developed multiple United States Patents and received a prestigious award in 2008 for the Integrated Product Development System (IPDS). After working 40 years, he retired from Raytheon Missiles and Defense in 2013.

Beside his family, he had a passion for the outdoors. His best friend, Manny, was his hunting and camping buddy for many years. In fact, they went to high school together. Whether it was hiking, camping, hunting or watching nature, these are the activities that brought peace and joy to his heart. He was so excited months ago when he got to watch an owl’s nest in a saguaro outside the front of his house. He was like a proud papa taking pictures sharing with his family and friends. He also had the cutest dog, Frankie. He made homemade jerky for Frankie and took him for his daily night rides around the neighborhood as Frankie was the neighborhood security watch dog.

He kept himself busy with plans to restore his Dad’s 1950 Chevrolet Truck, playing with his great-grandchildren, spending time with his daughter, step-daughter, son-in-law, grandchildren, Elma and family. He loved sports especially watching U of A games. He was a WILDCAT through and through. He was a hard working and generous man. If you needed anything, he would give it to you whether it was money or labor. He was there for you, no questions asked. He was amazing and his humor was unbeatable. He could keep you in stitches for hours.

A Memorial Service will be held at Adair Funeral Home, Avalon Chapel, 8090 N. Northern Avenue, Oro Valley, AZ 85704, Sunday November 6, 2022 (his birthday) from 11:00 am – 12:30 pm. Dress attire is casual i.e., U of A shirts, camo shirts, etc. In lieu of flowers, donations may be made to the American Cancer Society. There will be a gathering for family and friends immediately following the service, at a family home.

We will miss you Albert!!

To send flowers to the family or plant a tree in memory of Albert Baron, please visit Tribute Store

Share Your Memory of
Albert
Upload Your Memory View All Memories
Be the first to upload a memory!
Share A Memory
Send Flowers