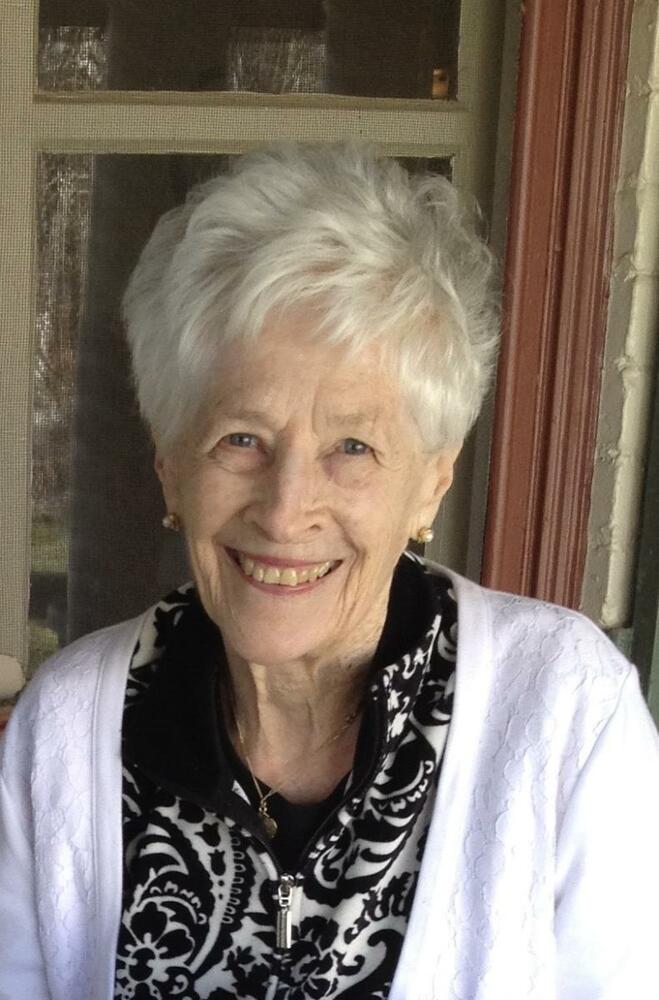 Marge Whitcher passed away peacefully on Sunday September 18, 2022 in Oro Valley, Arizona. She was born December 6, 1918 in Santa Rita, New Mexico to parents Margaret S. Wright and Ira L. Wright. She had a charmed and wonderful life growing up in Silver City.  She started her college studies at Lindenwood College in St. Charles, MO. and completed her education at Northwestern University where she was awarded her Bachelor’s Degree in Music Education class of 1939. While at Northwestern Marge was a member of the Alpha Gamma Delta Sorority where she met many lifelong friends. To take a break from studies, Marge often visited relatives in Gambier, Ohio and on one such occasion she was introduced to Edward J. Whitcher at a dance at Kenyon College where “Ed” was a student. The two fell in love and were married on October 2, 1941. Theirs was a marriage of 61 years that ended with Ed’s death in 2002.

Marge was a dedicated Wife and stay at home Mom. She loved music and played the piano beautifully. She often sat at her Grand Piano in her living room practicing familiar pieces, learning new ones or simply playing her favorite classical pieces by heart. Her gift of and appreciation for music was lifelong.

Once her children were grown, Marge found a new lifelong passion in the game of Golf. Playing first in the nine hole league and later the eighteen holers. She oftentimes played several days of the week with the ladies and again with Ed and their many golfing friends on the Weekends. Golf was often followed by cocktails (always at 5:17 pm) and many times dinner at a favorite restaurant.  Bridge was also a constant favorite pastime with many of the same friends.

Marge and Ed enjoyed travel and visited many places but her love for the Southwest eventually led them to Tucson, Arizona in 1986 where they found a home that would be their Winter refuge for 16 fun packed years. There, they met many new friends, enjoyed more golf, warm Winter weather, cocktails at 5:17, dinners out and spirited Bridge games.

Private Graveside services planned at Mt. Moriah-Kansas City at a later date. Memorial contributions to honor Marge can be made to the Colorado Outdoor Education Center, 2000 Old Stage Road, Florissant, CO, 80816 or to the Grant County (NM) Community Foundation, 1106 N. Pope St., Silver City, NM 88061 or to a Charity of choice.

To send flowers to the family or plant a tree in memory of Margaret Whitcher, please visit Tribute Store

Share Your Memory of
Margaret
Upload Your Memory View All Memories
Be the first to upload a memory!
Share A Memory
Send Flowers