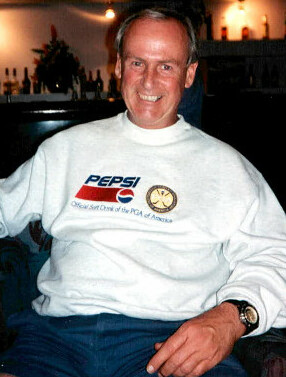 Terence Sean “Terry” Callahan died Friday, August 12, 2022 from ALS. Born on January 27,1948, in Morristown, N.J., he was the fifth of six children of Mary Nugent Callahan and Frank M. Callahan. After his father’s death, the family moved from Mendham, N.J. to Tucson in 1960. Terry graduated from Rincon HS and attended Pima College and the U of A.

Always an adventurous person, Terry and friends were caught in a flood in Sabino Canyon in 1963. Some years later Terry and a friend were camping on Mount Lemmon when they were caught in a spring snow. Terry walked out through heavy snow to find help, saving his life and his friend’s.

In 1968, Terry enlisted in the US Navy. He served on River Boats on the Song Ong Doc River in the Mekong Delta from August 1969 – July 1970. He was awarded the Navy Combat Action Ribbon.

In Tucson, his working life was mainly at Pima Copper Mines and at Pepsi Cola Company where he remained until his retirement.

A dog lover, Terry and his family had a succession of dogs. His last two dogs were Bette and Claire, yellow labs.

He is preceded in death by his parents, his brother Richard Brian Callahan and his sister Sheila Cundy Pattison.

Survivors include brother Michael (Elizabeth) of Tucson, sister Moira Hoskins (Steven) of East Orleans, MA, and sister Sue Campbell of Tucson plus many cousins, nieces and nephews and friends. We will all miss him.

Special thanks to his care team at the VA and to his caregivers – Gail Boeger, Jan Taplin, Giselle Gastelum, Autumn Ramsey, Michelle Gorski, and Aricka Gorski– who added love and entertainment to his life and whose devotion allowed him to stay in his home.

Visitation will be 2 – 4 p.m. on Wednesday, September 7 at Adair Funeral Home on Dodge, followed at 4:30 by a celebration of life at 250 N. Fenceline Drive. Burial will be at Arizona Veterans’ Memorial Cemetery in Marana on Thursday, September 8 at 11 am with Navy Military Honors

Share Your Memory of
Terry
Upload Your Memory View All Memories
Be the first to upload a memory!
Share A Memory