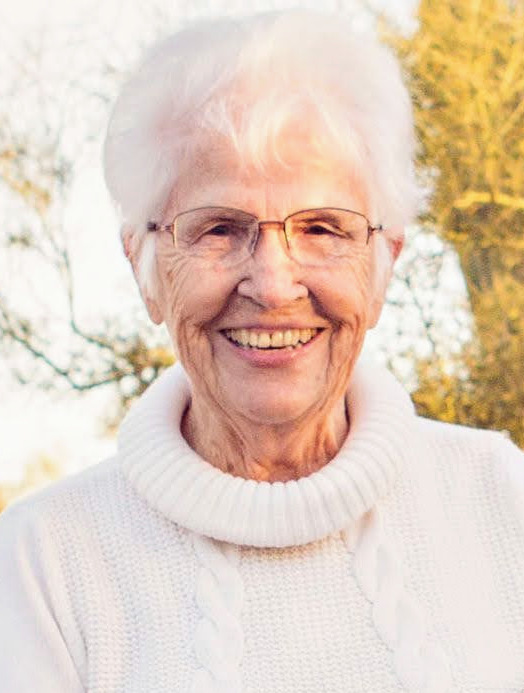 Elvie Lucille Mathis, wife and mother of 3 sons, passed away Tuesday afternoon July 19th, 2022 at the Copper Canyon Memory Care Facility in Tucson Arizona at the age of 89.

Born Elvie Lucille Ray to Albert Earl Ray and Margaret Ray on October 7th 1932, in Manila, Arkansas. Elvie was the second oldest of 7 children consisting of 5 sisters and one brother. Elvie grew up in the depression era where her family moved from place to place in Arkansas and Mississippi wherever work could be found. She developed a strong work ethic at a young age in the cotton fields with her Dad, picking cotton and pulling cotton sacks. After service in the Philippines during World War II her father returned home and moved his family to East Texas to find work.

Elvie married Benjamin Obed Mathis (Ben) in Cloverleaf, Texas, October 16th, 1949. They raised 3 sons: Michael Obed Mathis, Dalton Ray Mathis, and Bradley Lamont Mathis. Elvie, Ben and their family moved to Tucson, Arizona in the Spring of 1961 where Ben worked as an engineer with the Tucson Fire Department until his retirement. Elvie raised her boys and worked many different jobs as a waitress, grocery store cashier, electronic assembler, day care manager and a nanny.

After Ben’s retirement from the Tucson Fire Department, Elvie and Ben moved to Douglas, GA to be closer to where their youngest son Bradley and his family lived at the time. After six years, they returned to Tucson in 1990 where both lived the remainder of their lives.

Elvie became a Christian and then a member of the Church of God of Prophecy in 1974. She was dedicated to her relationship with God and his Church and sought to share the Gospel and message of the Body of Christ to most everyone one she met. She was a minister and teacher and loved meeting people. Elvie lived as a widow for 22 years after Ben’s death in July of 2000. She became a volunteer at the VA and Northwest Hospitals and continued to be a loving mother,grandmother,great-grandmother and Christian. She took in strangers, visited the sick, consoled the hurting, and gave willingly of herself to anyone in need.

She was preceded in death by:

Elvie is Survived by:

To send flowers to the family or plant a tree in memory of Elvie Mathis, please visit Tribute Store
Friday
5
August

Share Your Memory of
Elvie
Upload Your Memory View All Memories
Be the first to upload a memory!
Share A Memory
Send Flowers