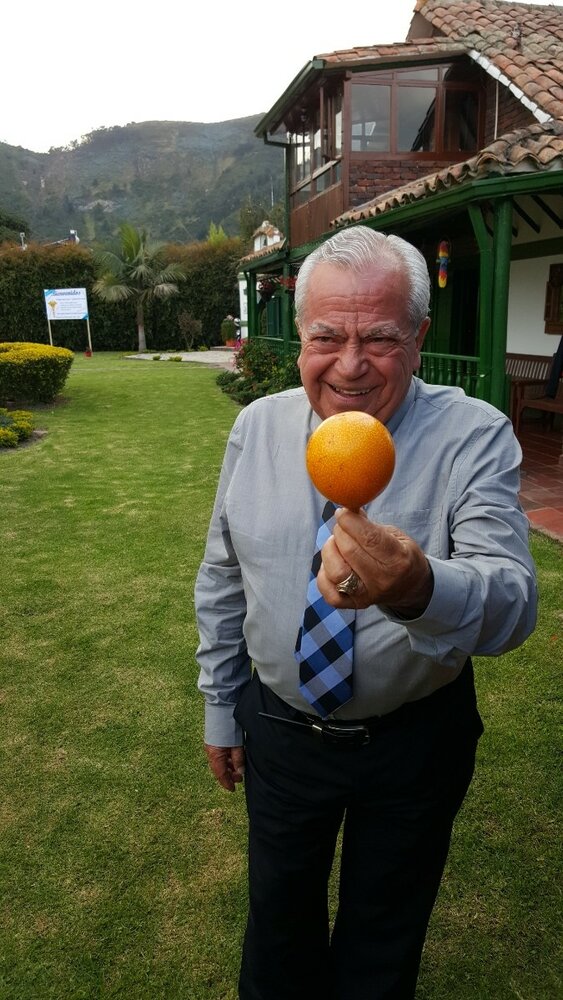 Lt. Col Julian E. Ballesteros, MD peacefully passed away surrounded by his family on July 4,2022.  He was a true gentleman who had a tremendous impact on the lives of those who were fortunate enough to know him.

A native of Bogotá, Colombia, Julian came from humble beginnings and spent his youth playing soccer, running track and getting into mischief with roller skates and motorcycles.  He was enrolled in a seminary and studied under French Jesuits to become a priest, but ultimately found his calling as a doctor of medicine.

Dr. Ballesteros studied, trained and briefly practiced in his home country before meeting Anne Marie, the love of his life, whom he followed to the USA.  Together, they raised four children and along the way, Julian became a naturalized US citizen and restarted his medical career in the Veteran’s Administration Hospital system.

A loyal VA physician for 38 years in total, Dr. Ballesteros served as Chief of Rehabilitation Medicine in the PM&R Department at the Tucson VA from 1987-2014.  Enamored with his new country and inspired by the patients he treated, Dr. Ballesteros decided to serve in the United States Army Reserve, rising to the rank of Lt. Colonel and becoming a veteran himself when he was summoned to Active Duty during Desert Storm 1991.

Over the years, what Julian loved most was being around his family, whether it was taking trips to Pinetop, Disneyland, Rocky Point and Cancun, or more simple backyard pool parties.  Time together with family allowed for occasions during which his children, grandchildren and great granddaughter could revel in the legendary stories of his life, his heartfelt laughter and his extraordinary wisdom.

He will be missed, but his legacy will continue in the lives of those of us who knew and loved him.

To send flowers to the family or plant a tree in memory of Julian Ballesteros , please visit Tribute Store
Thursday
28
July

Share Your Memory of
Julian
Upload Your Memory View All Memories
Be the first to upload a memory!
Share A Memory
Send Flowers