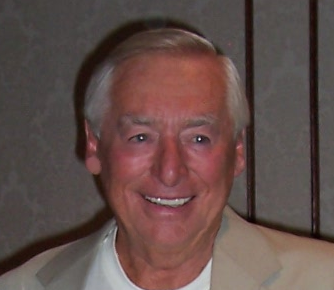 Richard Edmund O’Neill, 85, passed peacefully on June 15, 2022 with his wife and members of his family by his side.

Richard was born on April 10, 1937, to Edmund F. O’Neill and Mildred K. O’Neill in Montclair, NJ where he was raised. He attended Seton Hall Prep School and was a proud graduate of Fairfield University’s class of 1960. Following a long career in sales, Richard was fortunate enough to retire in Arizona where he met his wife, Nikki. They enjoyed a happy 9 years together spending time between Tucson, AZ and Logan, UT.

Richard loved travelling, spending time with friends, tinkering with model airplanes, model boats and any new-fangled technology. He had a passion for history (especially his Irish heritage) and a curiosity for and appreciation of the natural world. Like his mother, Mildred Brunetto, Richard was a die-hard Yankee fan, and it must be said, despite the consequences, he passed along his life-long loyalty to the NY Jets to his children. He cherished his time with his family especially tailgating at the weekend Jet games. Richard’s life-long friends John Kaiser and Denny McCoy were especially important in his life and considered family to him.

A Memorial Mass to honor Richard’s life will be held in Tucson on 9/3/2022 at Santa Catalina Catholic Church. In lieu of flowers please donate to the charity of your choice.

To send flowers to the family or plant a tree in memory of Richard O'Neill, please visit Tribute Store