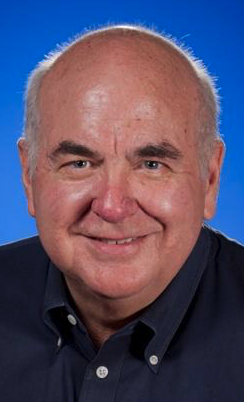 Robert Alex Richardson was born in Lee's Summit, outside of Kansas City, MO and is preceded in death by his parents Mary E. "Betty" (nee Hughes) and Harry Richardson. He is survived by his brother, Barry, a nephew, Bryce F. Richardson and a niece, Dana H. Ladzinski. Prior to his death, he had completed a series of cancer treatments and was heartened to be gaining back his health and looking forward to being able to eat again. Richardson majored in journalism at the University of Missouri and proceeded on his lengthy TV career starting in Weslaco, TX at KRGV Ch. 5 where, as News Director, he made history by hiring notable "firsts" -- the 1st Hispanic assistant news director and Lupita Murillo, the 1st Female Hispanic reporter. Early in his career, Richardson worked in media markets in Albuquerque, San Antonio, Illinois, and Houston. But he always considered Tucson his home. At KVOA, he started as a producer, then an anchor and later News Director, where he set high standards and often mentored young reporters. He also worked at KOLD and Fox-11. His last assignment was free-lancing for NBC news. If asked, he would say he is most proud of hiring and then bringing Murillo to Tucson, where she is now KVOA Senior news reporter. "He was an amazing storyteller and a great communicator," Murillo reports, adding that "He was known to many as Uncle Bob." Richardson was instrumental in bringing Alpha Tau Omega Fraternity back to the University of Arizona, where he advised and mentored many fine young men through college and thereafter.

He was a long-time member of the League of Women Voters of Greater Tucson (LWVGT) where he lent his technological skills to the organization, creating videos, websites, and online services over the years. (He also graciously helped individual League members with their computer challenges, willingly and patiently offering technical support, which led to many close League friendships.) Richardson was pivotal to the numerous League-sponsored "live" candidate forums and debates over the years when they were still possible. Always generous with his time and talents, his last web-based creation was for a close friend's 80th birthday party. At the time of his passing, Richardson was President of the Casa de Kino Homeowners Association, where he had set up a group Facebook that was beginning to gain traction. "He really cared about his 'community' and was intent on setting it on a stronger path," according to a fellow homeowner. A news and sports enthusiast, Richardson enjoyed a well-produced news story, relished a fine meal, and loved to see his favorite baseball team on top. Whether friends knew him as Robert, Alex, or Bob, they found him to be generous, thoughtful... and fun. Donations in Richardson's memory can be made to the League of Women Voter's Endowment Fund by sending a check to the LWVGT office at 800 N. Swan, Suite 126 Tucson, AZ 85711.

To send flowers to the family or plant a tree in memory of Robert Richardson, please visit Tribute Store