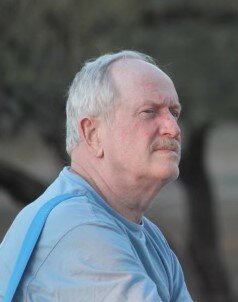 
Mark was born on June 16th, 1952, in Mitchel Field, New York to Way
and Betty Stevens. Mark, growing up, traveled all over the world
having been in a military family. Mark eventually ended up in Sierra
Vista and attended Buena High school graduating in 1971, where he met
his future wife Mary. Mark was drafted into the U.S. Army and spent 2
years in the service. After the service, Mark moved back to Tucson
where he reconnected with Mary and got married. Mark and Mary have two
loving sons Robert and Mark (Marcos).


Mark is predeceased by his parents Way and Betty Stevens, and his
brother and sister Richard Stevens and Jule Wilson.


Mark had a special bond with all of his family where he had something
he did unique with each one of his family members. Mark was like
Mcgyver where he was able to tinker and fix anything with whatever was
on hand and passed these gifts to his sons. Mark loved to cook holiday

meals, especially with his daughter-in-law Karena with bottles of
wine. Mark loved his wife so much they would do nearly everything
together. They would carpool to work nearly every day even though part
of the drive was out of the way for him.


Thank you to all the staff at Banner University Medical Center for taking great care
of him during his stints in the hospital.

To send flowers to the family or plant a tree in memory of Mark Stevens , please visit Tribute Store

Share Your Memory of
Mark
Upload Your Memory View All Memories
Be the first to upload a memory!
Share A Memory
Send Flowers