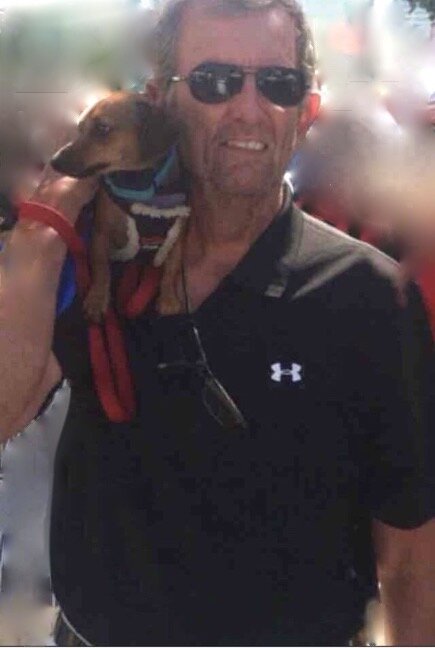 George William Andren (Col, USAF retired) died at the age of 74. George died on May 9, 2022, in Tucson, Arizona of heart failure.

George had a BS in Math from The Citadel and a master’s degree in aeronautical science from Embry Riddle. George taught math for three years before joining the Air Force after a doctor taught him how to pass the color-blind test.

George navigated the Berlin Corridor during the Cold War out of West Germany for many years. On active duty, George moved his family around the world every eight months to two years including assignments in Germany, England, and Italy. George was proud of both having a squadron command and a group command.

After retirement, George actively gave back to the world much more than he got from it, volunteering as a private pilot for the Civil Air Patrol, St. Joseph’s Hospital, and as a victim advocate with the Pima County Attorney’s Office. He didn’t spend all of his retired years volunteering though; he also mastered the art of the margarita, spent time with friends and family, relearned sailing, and golfed throughout Arizona.

George was a true officer and a gentleman. He exemplified the highest in public service while also enjoying the life he was given. Undoubtedly, George would want us all to improve the safety and situations of those around us while enjoying a drink and a good laugh. May we try and live up to his example.

George is survived by his wife, Jane Halstead Andren. His children include Lara (Cassie) Andren of Laveen, AZ; Hillary (Lonnie Wise) Andren-Wise of Denver, CO; and Sky (Lynn Merrifield) Andren of Medford, OR. George was extremely proud of his two grandsons, Julian and Emerson Wise. George is also survived by a sister, Karen Pringle, of Worcester, MA.

George requested cremation and no memorial service. Please consider donating to Peppi’s House-TMC hospice, 2715 N. Wyatt Drive, Tucson, AZ 84712, or do something nice for someone in George’s name. The family wishes particularly to thank George’s very special angel, Claudia Bustillos and her wonderful family for their care, friendship, and love during his long illness.

Share Your Memory of
George
Upload Your Memory View All Memories
Be the first to upload a memory!
Share A Memory