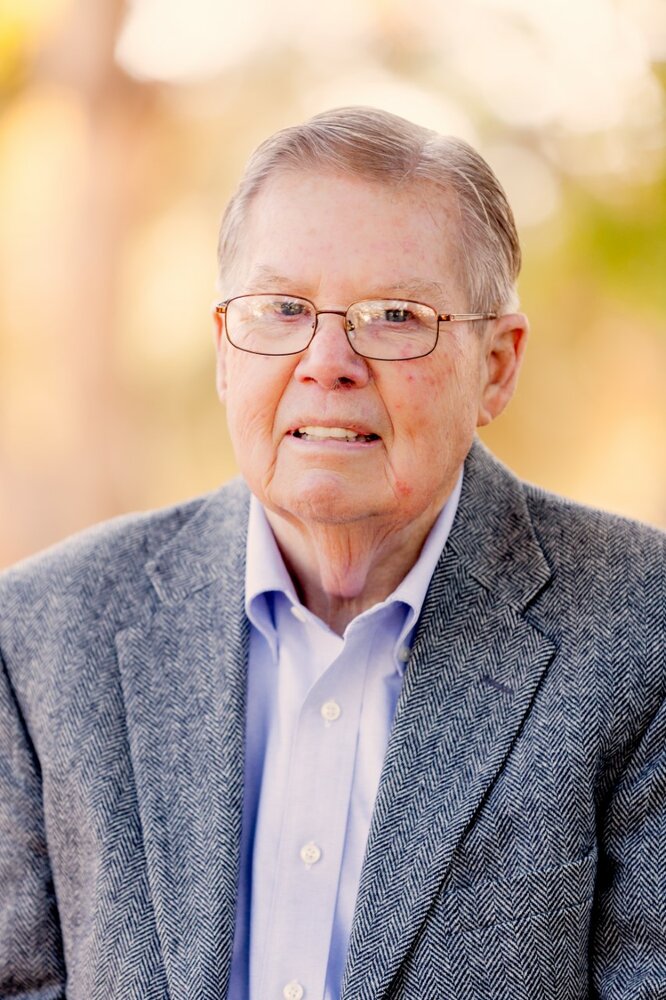 Donald F. Post passed away peacefully on Easter weekend April 16, 2022 at the age of 85 in Tucson, Arizona surrounded by his wife, Carol A. (Reinhard) Post and several of his seven children. Don demonstrated courage and determination as he lived with Parkinson’s Disease for many years and endured several other medical conditions. In addition to his beloved wife, Don is survived by their seven children, three in-laws and 18 grandchildren: Jane Gariepy (Noah, Lauren and Becca), Mary Jacobs (Rachel), Ted and Kris Post (Nick, Daniel, Lindsay and Benjamin), Sharon and Mike Phelan (Brendan, Jonathan, Liam, Andrew, Shannon and Timothy), Mark Post, Randy and Becky Post (Felicity, Michaela, Gabrielle and Declan) and Scott Post.

Don was born on October 24, 1936 on his parent’s farm in the small community of Burkettsville, Ohio. Rather than continue the family farming tradition, he was encouraged by his brother, Gerry, to attend college and earned a bachelor’s degree in agriculture from Ohio State University in 1958. He went on to earn both a master’s degree and PhD in agriculture from Purdue University in Lafayette, Indiana (1965 and 1967, respectively).

While at Purdue, Don attended a welcome home gathering in Ohio for his sister, Ruth, and her family where he reconnected with his brother-in-law’s beautiful sister, Carol. The rest was history and Don and Carol were married the following year on October 28, 1961.

In 1967, Don started a position as assistant professor at the University of Arizona in Tucson, where he helped to grow the University’s agriculture program and remained his entire career, retiring in 2004. Moving across the country from most of their families in Ohio with his wife and four small children at that time was a courageous move, one that proved to be a blessing for their family as well as for the many students, faculty, neighbors and friends who knew Don.

Perpetually a farm boy at heart, Don’s avocation was the foundation of a highly successful career. Don was recognized for his teaching and mentoring abilities during his tenure at the University of Arizona, including the prestigious University-wide Creative Teaching Award in 1976. Throughout his career he was actively engaged in several national professional soils organizations, including the Soil Conservation Society of America and The American Society of Agronomy where he achieved recognition as Fellow for both. He particularly enjoyed soil judging events, taking student groups to various competitions across the country over the years. Don lovingly planted a garden every year in his back yard, growing whatever could withstand the Arizona elements while teaching his children and grandchildren to garden, or helping with various soil-themed science projects.

Don also contributed generously of his time and resources to support the family’s long-time parish and parochial school, St. Cyril of Alexandria. Don served in many volunteer leadership roles with both, including most recently the St. Vincent de Paul Society at both the parish and diocesan level.

Last October, Don and Carol celebrated their 60th wedding anniversary surrounded by their family, relatives from out of town, and many long-time friends. Don served as an example to his entire family with his faith in God and trust in Jesus. His pride and joy were his family, and Don remained a devoted husband, father and grandfather until his death. Don is beloved and will be dearly missed.

A Mass of Christian Burial will be said for Don on Saturday, April 23 at 10:00 a.m. at St. Cyril of Alexandria Catholic Church, 4725 E. Pima Street. A rosary will be said prior to Mass at 9:30 a.m. in the church. Burial at East Lawn Cemetery will immediately follow the Mass. Remembrances honoring Don’s life may be contributed to St. Cyril Parish or the Society of St. Vincent de Paul of St. Cyril of Alexandria at the church’s address.

To send flowers to the family or plant a tree in memory of Donald Post, please visit Tribute Store
Friday
22
April

Share Your Memory of
Donald
Upload Your Memory View All Memories
Be the first to upload a memory!
Share A Memory
Send Flowers