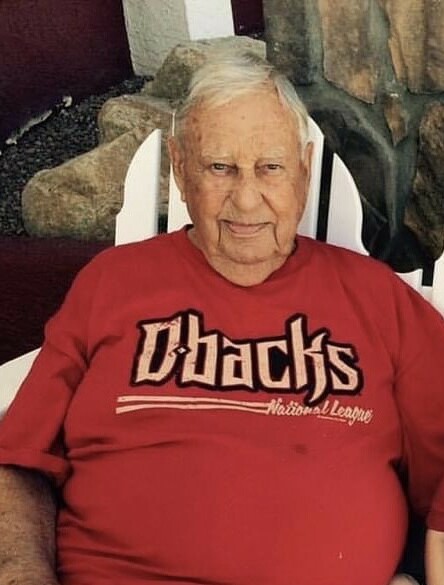 He was born in Burnley, England on August 28, 1929. At age 20, he moved to the United States, where he proudly served our country for 23 years in the Air Force. James retired at the rank of Chief Master Sergeant and fondly remembered his service as one of the greatest hallmarks of his life.

James went on to work in the aerospace industry for Learjet and AlliedSignal (Honeywell), where he met his loving and devoted wife of 33 years, Beverly. A great historian and avid storyteller, James enjoyed having long conversations with his many friends.

He was grateful for his long and full retirement, which allowed him to pursue his numerous lifelong passions. He was a sought-after expert in cacti and enjoyed growing them and sharing his knowledge of them for 72 years. He loved history, the Old West, and collecting antique firearms and ancient coins, among many other hobbies. James was one of the original members of the Historical Arms Society of Tucson. He was a superb calligrapher, and his beautiful writing graced the hundreds of love letters he wrote to Beverly during their marriage. He generously shared his gifts and talents with those around him.

James will be greatly missed by many, but his sense of humor, love, service to others and booming voice will live on in our hearts forever. He will receive military honors during his funeral service at high noon on Friday, April 15 at the Arizona Veterans Memorial Cemetery, 15950 N. Luckett Road, Marana, Arizona, 85653. A visit to the gravesite will follow.

To send flowers to the family or plant a tree in memory of James Pickering, please visit Tribute Store