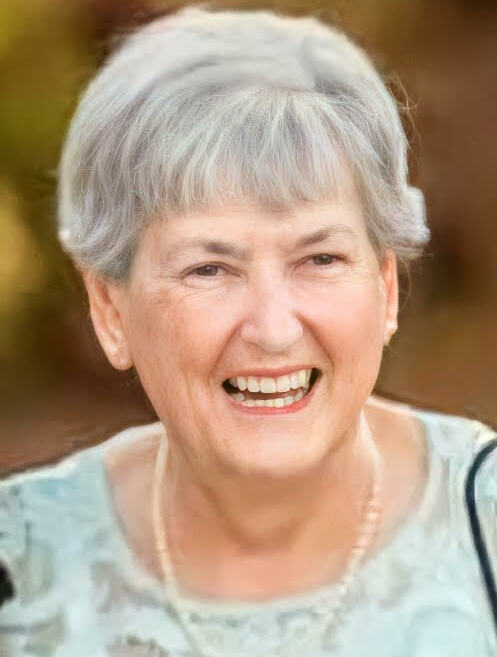 Elizabeth “Betty” Larson, beloved mother, grandmother, great-grandmother, and great-great-grandmother, passed away peacefully at the age of 90, on Saturday March 5th, 2022, to join her loving husband of 62 years, Charles J. Larson Sr.  Betty was born December 22nd, 1931, in Browns Valley, Minnesota, the 3rd child of seven to Catherine and Jerome Essner.  Chuck and Betty were married July 7, 1951 in Hawthorne, California, after being set up on a blind date by Jerry and Betty Essner.  Betty worked as a bank teller in southern California before making a beautiful home in Sunnyvale, California, and raising four children. She held various jobs in banking, accounting, and secretarial.  Betty later worked at Saint Patrick’s Seminary in Menlo Park, California, and later retired in Grass Valley, California, in 1999.  They moved to Oro Valley, Arizona in 2004.

Being third born in a family of seven children, she was always surrounded by love.  Doris Wais, Mary Clevenger, Victoria Zapf, will miss sister Betty while she joins Jerry Essner, Glee Tague, and Jim Essner in eternal peace.

Every hug always ended with “I love you more.”  Betty loved with her whole heart.  She will be missed by everyone she held in her heart.  She enjoyed square dancing, bingo, and Tahoe in her earlier years.  In her later years she enjoyed hummingbirds, gardening, and cloud watching.  She loved to celebrate family and watching her family grow.  The mountains and sunsets in Arizona gave her peace.  We will think of her every time there is a painted sky.

The service date will be announced later.  In lieu of flowers, please consider a donation to the Casa de la Luz Foundation.

To send flowers to the family or plant a tree in memory of Elizabeth Larson, please visit Tribute Store