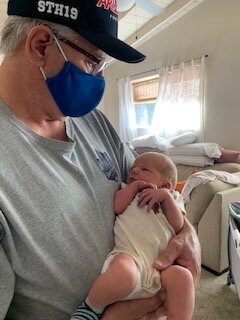 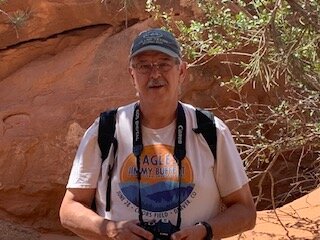 Craig Michael Courville was born in Bozeman, Montana, on August 15, 1959 to Coleene and Charles “Chuck” Courville. He was the middle child of three. He moved with his family to Tucson, Arizona right before his thirteenth birthday in 1972. He attended Townsend Junior High and Sahuaro High School, graduating in 1977. He graduated from the University of Arizona with a Bachelor’s degree in Aerospace Engineering in 1981.

He met his wife Dorothy during his senior year of high school. They were together for 45 years, married in April of 1983. Together they have two children, Michael (Katelynn) Courville, and Leslie Courville. This past October he was thrilled to welcome his grandson, Bennett Courville.

He is predeceased by his father Chuck and his in-laws John and Jessie Wilkie.

Craig was a Boy Scout and achieved the rank of Eagle Scout. During his time at the University of Arizona he became a member of the Phi Gamma Delta (Fiji) Fraternity. This tradition was continued when his son Michael became a founding father of the Northern Arizona University chapter of Fiji. Craig was honored to serve as the Purple Legionnaire of the NAU chapter until his death.

In 1982, Craig’s first job was working for the Navy at the Pacific Missile Test Center at Point Mugu, California. He served as a Test Engineer in the Environmental Test Lab. While living in Camarillo, California they joined Trinity Presbyterian Church where Craig served as an Elder, Mariner Skipper, Small Group and Youth Group Leader.

In 1995, the family moved back to Tucson so Craig could help his Mom run Chuck’s Electric.

In 2010 Craig returned to work for the government as an Engineer at the Defense Contract Management Agency at Raytheon. In 2021 he became a Project Management Engineer in the Army’s Joint Program of Armaments and Ammunition.

His life in Tucson revolved around the family. They spent many enjoyable hours watching their kid’s playing soccer, baseball, softball, football, and track. He photographed and videotaped many of these games. In addition Craig provided knowledge and support to his extended Tucson family as the family handy man.

He was an active member of Christ Presbyterian Church. He was a member of the Sahuaro High School Football and Boys and Girls Soccer Booster Clubs. For many years he volunteered his time with Coaches for Charity.

Craig was an avid skier and enjoyed the outdoors, especially trips up Mt. Lemmon. He was a big fan of UA Wildcats, NAU, and Montana State University sports.

Craig was a wonderful man. He will be greatly missed by his wife, children, extended family and friends.

A Celebration of His Life will be held Sunday March 13th, 2022 at 2:00 p.m. at St. Mark’s Presbyterian Church, 3809 E. 3rd St., Tucson, AZ. In lieu of flowers the family asks that donations be made to CoachesforCharity.org or a charity of your choice.

To send flowers to the family or plant a tree in memory of Craig Courville, please visit Tribute Store
Sunday
13
March

Share Your Memory of
Craig
Upload Your Memory View All Memories
Be the first to upload a memory!
Share A Memory
Send Flowers