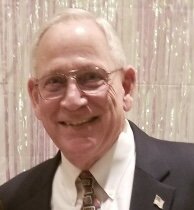 John Thomas Casserly of Tucson, Arizona passed away on February 22, 2022, with his family and sweetheart by his side. John was born to Harold and Cecelia Casserly on July 20, 1946 in Rockford, Illinois. As a child, John enjoyed being part of the Boy Scouts of America, where he earned his Eagle Scout. John also served in the United States Army Reserves, until his honorable discharge in 1974. John followed his passion for technology and earned an engineering degree from DeVry. He worked for Honeywell Federal Systems for more than 25 years. During that time he was transferred to the St. Louis area where he met his wife Sheila. They were married on November 4, 1976. John and Sheila moved to Tucson, Arizona in 1997. There they started Old Pueblo Home Sales until he retired in 2012.

John had a passion for fishing. Whether it was in the tiny lake at Swan Lake Estates, or while visiting his daughters and their sons fishing in Tower Lakes or Bangs Lake in Illinois. John looked forward every summer to spending hours on Ken’s boat fishing tournaments in Southern Illinois. Every August our Dad would head to the Florida Keys and do some deep sea fishing. He looked forward to that trip every year. This summer he lived a life dream and traveled to Alaska with Diane to fish. His smile was as big as it gets holding up the Halibut he caught. If John had an opportunity to throw a line in the water, he would be fishing. My Dad would also never miss an opportunity to visit Bass Pro Shop with his children or grandsons to get more fishing gear.

John was a loyal parishioner at St. Odilias Catholic Parish. He was an active member in the Knights of Columbus Council 6933 and St. Vincent DePaul Society.  John helped many people with their taxes each year. He volunteered a lot of time and knowledge for the United Way. John was also active with the social committee at Swan Lake Estates. He helped with their finances, but also enjoyed the fun social events where he could twist the night away on the dance floor with his sweetheart Diane.

He is preceded in death by his parents Harold and Cecelia Casserly. His wife Sheila Casserly, brother, Tim Casserly, and sister Mary Bridget Creech.

A visitation will be held for family and friends at St. Odilia’s Catholic Church on Monday, February 28th from 10:30 to noon, followed by a full mass. St. Odilia’s is located at 7570 N. Paseo Del Norte, Tucson, Arizona. John will be buried in the Casserly Plot later this year at Calvary Cemetary Rockford, Winnego, Illinois. In lieu of flowers, the family asks that you make donations in John’s name to the Knights of Columbus Council 6933, care of St. Odilia’s Church.

To send flowers to the family or plant a tree in memory of John Casserly, please visit Tribute Store