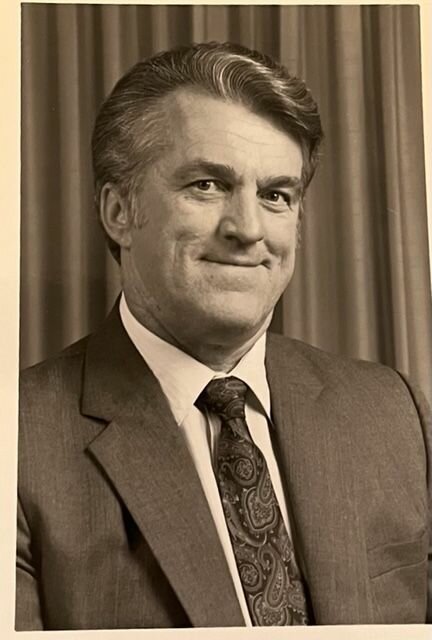 Frank, 81, of Tucson, AZ passed from this life on December 20th, 2021. Frank was preceded in death by his wife of sixty years, Lorraine Schulter. He is preceded in death by his mother,Caroline (Cook) Schulter and his father, Theodore Schulter. He is preceded in death by his brother Robert Schulter and his sisters Nancy Heinen and Ellen Parker. He is survived by his three children Daniel (Michelle) Schulter, Garry (Debbie) Schulter, and Karen (Paul) Madrid; his grandchildren: Theresa (Dustin) Earls, Danielle (Adam) Parker, Patty (Chris) Fiedler, Joshua Schulter, Charlie Schulter, Carolyn (Ryan) Barnett; and great- grandchildren: Aidan Earls, Oliver Jackson, Charlotte Acosta, Lillian Barnett, Remy Parker, and Theodore Barnett. He is also survived by his brother Eugene (Rose) Schulter, brothers-in-law Jim Heinen and Charles (Sherry) Parker, and many nieces and nephews. He will be missed by his family and friends.

Frank was born in Green Bay, Wisconsin. He moved to Chicago, Illinois as a young child and attended Catholic School at John James Audubon and Lane Tech High School. After meeting and marrying the love of his life, Lorraine, in 1961 they made their home in Chicago. In 1969, they moved to Tucson with their three young children and raised their family. Frank was a member of the Local Pipe Fitters Union for 62 years. He worked at North Town Refrigeration in Chicago where he completed his apprenticeship. He worked for Glover and Miller Air Conditioning in Tucson, and then started a family business, S and S Air Conditioning and Heating in 1985. Frank enjoyed golfing, fishing, and hunting. Most importantly he enjoyed spending time with his family – his children, grandchildren, and great-grandchildren. Frank liked to play cards and dominoes with the family and enjoyed time at the casino with Lori and other family members.

Frank liked to volunteer with the organizations that his children were active in. Frank was on the Round Table for the Catalina Council of Boy Scouts of America. He helped coach Tucson Youth Football and was the equipment manager for the Scorpion League. He loved to attend different events that his kids were participating in (track and field, football, cross country, etc.).

Frank also volunteered his time at the Eastside Meeting Place, making many lifelong friends. Attending church with his family was important to Frank. He was an active member of Corpus Christi church in Tucson and enjoyed Father Chris’ sense of humor.

Frank enjoyed traveling. He and Lorraine went to Bali, Ireland, Laughlin, Alaska, Hawaii, Chicago, Columbus, Bisbee and other places in Arizona. They loved spending time in Mazatlán at their time-share. Frank was an adventurous man and loved trying new things. He enjoyed hunting and when he shot his first elk, he loved sharing every detail. He loved to fish and was able to catch a sailfish. He enjoyed sharing hunting and fishing experiences with his family. He is once again with his love Lori, and he will be missed.

Thank you to the staff at TMC and Peppi’s house for their wonderful care.

Share Your Memory of
Francis
Upload Your Memory View All Memories
Be the first to upload a memory!
Share A Memory