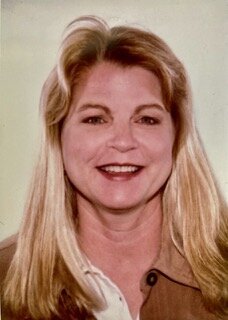 Elizabeth (Beth) Ann Lindberg died in her home on February 11, 2022, at the age of 66. She had
struggled with Multiple System Atrophy, a degenerative neurological disorder, since 2015.

Born in Minneapolis, Minnesota, Beth grew up in Glendale, Arizona, where her father, Arthur Lindberg
was a family practice doctor. She followed in his footsteps in healthcare, obtaining a B.A. in nursing at
Arizona State University. She worked as a labor and delivery nurse for several years before going to
medical school at the University of Arizona, graduating in 1986. After a residency at San Diego State
University Medical Center, she returned to Tucson, where she practiced at the U of A student health
center and the Thomas Davis Clinic before joining the Emergency Department at the U of A University
Medical Center in 1998. She remained in the Emergency Department for the rest of her career,
becoming the Medical Director of Urgent Care, and then heading the pediatric division of the ED.

After her successful career in medicine, Beth retired in 2010 to pursue her interest in art, including
drawing, painting, collage, and encaustics. She remained in Tucson until 2013, when she and her
husband, Todd, moved to Santa Barbara, California. She continued her art work for as long as her
MSA symptoms would allow. She and Todd returned to Tucson in 2020 to be near her family and
closest friends in the last years of her life.

Beth was admired and loved by everyone who knew her. Her family was very important to her, and she
always made time to keep in touch with her siblings and their families. She was a skillful and caring
doctor, and a talented artist. Beth was also an avid equestrian, enjoying dressage and jumping. She
maintained close friendships from all periods of her life, and many of her friends made efforts to visit
with her in her last few weeks.

A remembrance celebration of Beth’s life will be held at the Adair Avalon Chapel at 10:00 AM on Saturday, March 26. In lieu of flowers, the family asks that
contributions be made to The Brain Support Network (brainsupportnetwork.org) or The MSA Coalition
(multiplesystematrophy.org) in Beth’s memory.

To send flowers to the family or plant a tree in memory of Elizabeth Lindberg, please visit Tribute Store