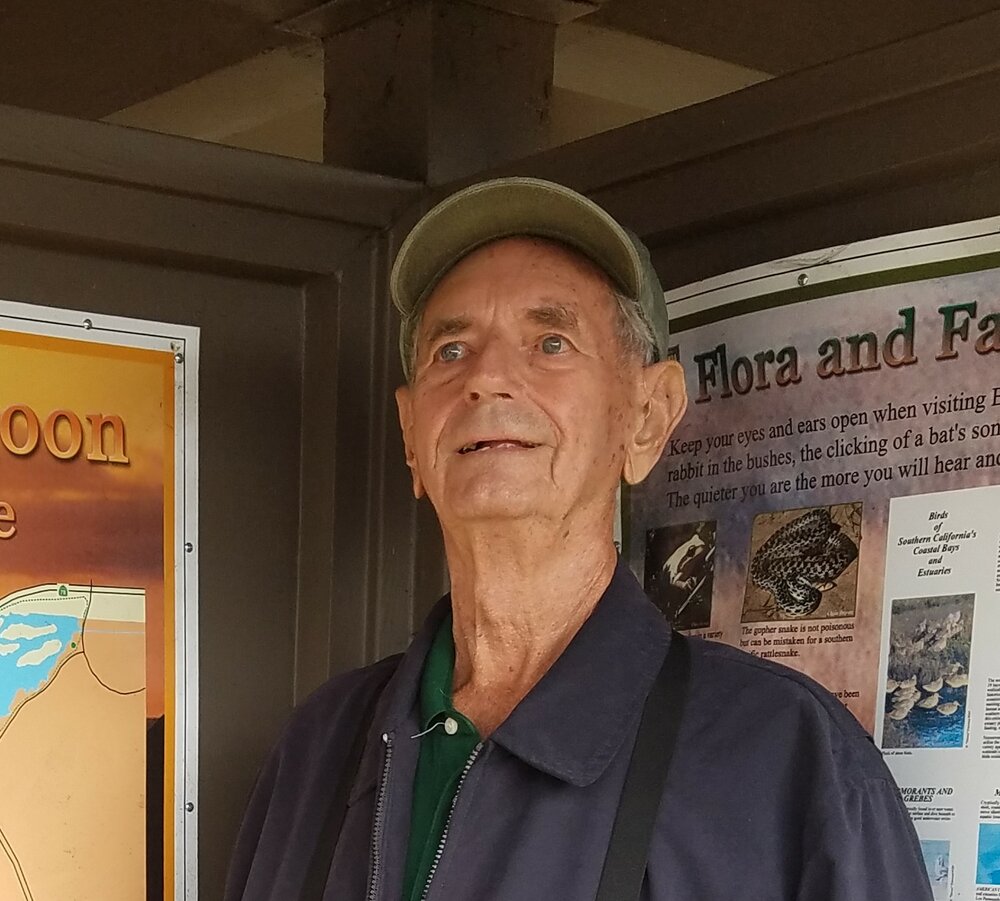 A longtime resident of Tucson, he was born in Lexington, KY September 17, 1933 to Edward L. and Ruth (Sharar) Montgomery.

Ed graduated with a BA degree from Knox College in Galesburg, where he was a member of Tau Kappa Epsilon fraternity. Following graduation from Knox, Ed served in the Army as a First Lieutenant during the Korean War.

Ed earned his MS degree in geology at Stanford and began his exploration career with Nicol Industrial Minerals, where he worked in the Peruvian desert two years mapping and drilling phosphate deposits, then worked in Nevada and California. In 1964, Ed was hired by Duval in Tucson. He led exploration and evaluation work of numerous mineral deposits worldwide, eventually becoming Manager of Industrial Minerals Exploration.

When Pennzoil Sulphur Company was formed in 1985, Ed was transferred to Houston to manage Pennzoil Sulphur’s exploration program. His co-workers declared him to be one of the most colorful story tellers around. His legendary story telling continued when he retired from Pennzoil in 1990 and returned to Tucson. As a consulting geologist shortly after retirement, Ed worked on projects in the States and other countries including Uruguay and Brazil, and Mauritania where he worked for the United Nations.

Ed volunteered over 25 years with the Desert Legumes Project at The University of Arizona College of Agriculture & Life Sciences. He was a member of Tucson Audubon Society, Arizona-Sonoran Desert Museum, and Tohono Chul Park.

Ed’s passion was woodworking and he left many treasures ranging from wooden toys to fine furniture for relatives and friends. His interest and research in genealogy contributed to his family history. His love of the outdoors continued after retirement as he enjoyed hiking, birding, golfing, and camping at state and national parks.

Ed possessed gifts of patience, generosity and innovative scientific reasoning and curiosity which helped him make a difference in this world. He will be greatly missed by family and friends.

Heartfelt thanks to the many former co-workers, friends, relatives, and neighbors who visited and sent Ed letters, cards, and other gifts. You brightened his days. We are thankful for the wonderful care given by Casa de la Luz home hospice. As requested by Ed, there will be no services. Arrangements by Adair Funeral Home, Avalon Chapel.

To send flowers to the family or plant a tree in memory of Edward Montgomery, please visit Tribute Store

Share Your Memory of
Edward
Upload Your Memory View All Memories
Be the first to upload a memory!
Share A Memory
Send Flowers