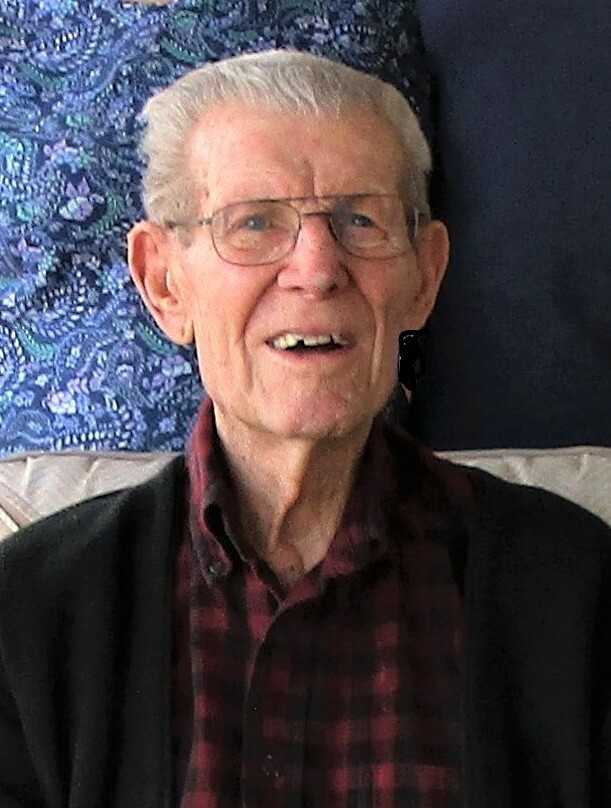 Alfred William (“Jack”) Quesnel was born October 9, 1923, in Rockford, Illinois. He entered into the presence of his Lord and Savior on January 29, 2022, in Tucson, Arizona.

Jack served in the U.S. Army in World War II from June 1942 until August 1945.  He served in the 34th Signal Company and saw action in North Africa and Italy.

After the war, Jack settled in the Chicago area and became a barber.  The family became involved with the North Side Gospel Center where the Awana Clubs International organization was founded.  Jack began volunteering for Awana in various capacities which he continued for over 45 years.  Awana, a ministry that provides Bible-based training and discipleship programs for children and youth, is now working in more than 120 countries and reaches  millions of young people on a weekly basis.

In 1969 the family moved to Phoenix, AZ.  Jack worked for the Arizona Republic/Phoenix Gazette newspapers as a security guard, fire safety officer, and hazardous materials manager. He also owned and operated a mobile home park and several apartment complexes.

After moving to Tucson in 2008, Jack continued to be active by volunteering at El Camino Baptist Church and a Christian thrift store.

He is survived by his wife Phyllis (Carpenter) Quesnel and three sons – Todd (Judy), Terry (Kay), and Timothy (Sheryl).  Also survived by his brother Bill (Dolores), three grandchildren (Todd Jr., Abigail, and Ian), and three great-grandchildren (Alyssa, Kylie, and Mikayla). He was predeceased by his first wife Ann and daughter Christine.

At his request, no funeral or memorial service will be held; private family gatherings only. In lieu of flowers, memorial gifts in Jack’s honor can be made to Awana Clubs International    (www.awana.org).

Share Your Memory of
Jack
Upload Your Memory View All Memories
Be the first to upload a memory!
Share A Memory