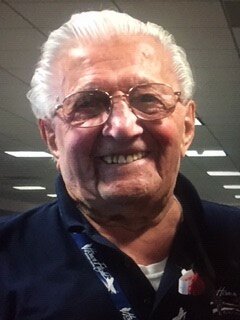 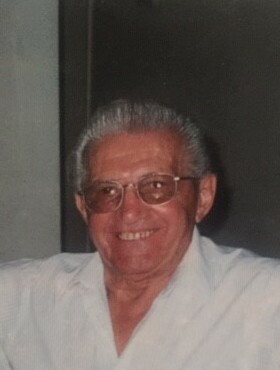 At the age of 16 his father passed away due to a stroke. Being the oldest of four, he felt a responsibility to help his mother & 3 siblings. He became a printer apprentice. He then enlisted in the Army in August 1943 at age 18 and completed basic training at Fort Meade, Maryland.

Vinnie was assigned to the 34th Infantry Division- 133rd. Regiment (2nd. Battalion) as a combat infantryman. The 34th was one of five infantry divisions assigned to spearhead the Italian Campaign. The 34th has suffered heavy losses earlier in the campaign as they faced the German 10th Army at Monte Cassino in January of 1944. Vinnie was sent to Italy in March of 1944 to join the 34th ID as part of the Allied push to Rome in the spring of 1944. The 34th landed in Anzio beachhead in March and maintained defensive positions until the offensive kicked off in May-breaking out of the beachhead, and driving north and into Rome by 5 June 1944.

From Rome the 34th continued north along the coast, taking Cecina and Pisa in July before reaching the next German line of defense-the “Gothic Line”, just north of the Arno River. The breakthrough would not occur until September and the division reached the Apennines Mountains south of Bologna in October. Most of the Division drove out the Apennines, down highway 65, taking Bologna in October on 21 April. They continued into the PO Valley as enemy resistance collapsed. The division pursued the routed enemy to the French border, halting only when the Germans surrendered on 2 May 1945. Vinnie received the Purple Heart for wounds received at the mountain town of Monzuno, in the drive to Bologna.

After his Army service, Vinnie worked as a presser in the garment industry in New York. He moved to Tucson in 1959 and worked as a house painter, eventually starting his own painting business in 1981. He retired in 1991. In 2015 he took the Honor Flight to Washington, D.C. This was a dream of his.

The mission of Honor Flight is to transport America’s veterans to Washington, D.C. to visit the memories dedicated to honoring those who have served and sacrificed for our country.

The Honor Flight Network is a national network of independent Hubs working together to honor our nation’s veterans with an all-expenses paid trip to the memorials in Washington, D.C., a trip many of our veterans may not otherwise be able to take. Participation in an Honor Flight trip gives veterans the chance to share this momentous trip with other veterans, to remember friends and comrades lost, and share their stories and experiences with each other.

The Honor Flight Network is currently serving veterans who served from World War II to the Korean War and through to Vietnam.

My dad was a man of integrity with strong moral principles. He has a great sense of humor, was very caring and loving, and extremely giving. He gave to many charities and was a member of the American Legion for 39 years. He loved music, especially Frank Sinatra, and he did do it “his way”. He also enjoyed reading and had quite a collection of NY Yankee books. He made friends with all ages and was very young at heart.

He is preceded in death by his father Antonio, his mother Filomena, his sister Mary, and his brothers Eddie and Pat. He is survived by his daughter Kathy (Kat).

He had a full & wonderful life of 96 years. He was my rock and will be missed deeply. Rest In Peace Dad. I love you. Forever in my heart.

His ashes will be laid to rest in a columbaria niche at The Arizona Veterans Memorial Cemetery in Marana.

In lieu of flowers you can make donations to The American Legion Post 36 Tucson,  Wounded Warrior Project, Honor Flight.org. or St. Jude.

Share Your Memory of
Vincent
Upload Your Memory View All Memories
Be the first to upload a memory!
Share A Memory