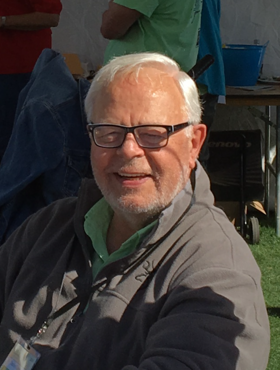 Charles William Coleman “Bill” passed away November 18.2021. Born on December 24, 1942 in Buffalo, New York, Bill was the youngest of 3 children to Charles and Eleanor Coleman. He is preceded in death by his parents, sisters Lucy Coleman and Patricia Ihlenfeld and his dog Tele. He is survived by his significant other of 14 years, fiancée Carol Ross.

After graduating from Texas Christian University in 1966, Bill entered the Army as a commissioned officer. He served as a Captain/Special Agent, Counterintelligence. He commanded Field Offices in Southeast Asia and North America during the Vietnam War.

After the army, he worked in the art world, first at the Metropolitan Museum of Art and later at Sotheby’s in New York as Assistant Security Manager and Vice President of Security. He opened his own security consulting firm and in the 1980’s worked as Corporate Security Director at Lehman Brothers and then Donaldson, Lufkin and Jenrette. For many years he owned and operated the private investigation service Hudson River Research Group.

In 1997, Bill graduated with a Masters in Social Work from Fordham University and subsequently became known as an expert psychodrama therapist and trainer. He authored three books for psychotherapists and in 2015 the sci-fi thriller The Thorn Poppy.

Bill loved working with clients in New York at Freedom Institute, DayTop Village, Four Winds Psychiatric Hospital and Hudson Valley Psychodrama Institute. Since 2007, he helped hundreds of patients in Tucson, Arizona at Sierra Tucson, Desert Star Addiction Recovery Center and Sabino Recovery Center. He is greatly missed by clients, colleagues, friends and family. Services and a Celebration of Life are planned for January. A notice will be posted when arrangements are finalized. In lieu of flowers the family requests a donation in his name to the Student Scholarship Program of the American Society of Group Psychotherapy & Psychodrama at https://www.paypal.com/donate? Or by check to American Society of Group Psychotherapy & Psychodrama, P.O. Box 1654, Merchantville, NJ, 08109-9998. For questions contact asgpp@asgpp.org

To send flowers to the family or plant a tree in memory of Charles Coleman, please visit Tribute Store