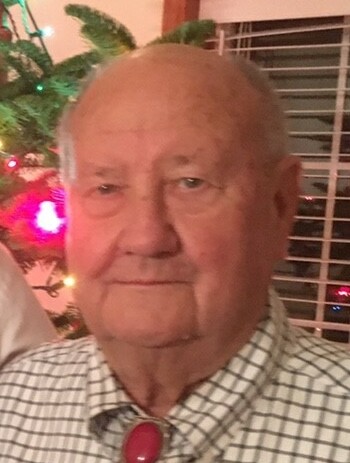 Florian “Mack” Mackowski, 87, of Tucson, AZ passed away November 3, 2021 at home. He is preceded in death by his parents, Florian and Jane Mackowski and his sister Doris (Kanarowski/McNulty). He is survived by his sons Dave and Tom, grandchildren Jazzmin (Jason), Trevor, Jackson, Savannah and Rhett and great-grandchildren Hudson (Jazzmin) and Baelvire (Trevor). He was also uncle to surviving nephew and nieces Mark Kanarowski, Karen Hill (Scott), Cheryl Schwartz (Bill) and Kim Miles (Rob).

Born June 15, 1934 in Chicago, IL, “Mack” as he was known, attended Weber High school where he lettered as a cheerleader. Following high school, he enlisted in the U.S. Army where he served as an aid to a general while he was stationed in Germany. He always spoke fondly of his time overseas as this is where he learned to snow ski – a hobby he would continue to pursue for many years. Upon his return, he met his first wife, Grace. Always pursuing new lines of work, Mack at various times in his life owned a TV/radio repair shop, a pet shop, and worked for different corporations designing assembly systems, including Mattel, where he designed the assembly system for “Hot Wheels” toy cars. Later, he owned the beachfront bar “Beachroamers” on Lake Geneva in Fontana, WI. But the work he enjoyed most, and that was really his calling, was as a construction and remodeling contractor for his company Suburban Construction.

Mack and his later life companion, “B.J,” moved to Tucson around 1999, looking forward to a change of scenery, warm temperatures and sunny skies. He continued to work and never really retired – he loved to meet new clients, many of them “snowbirds,” and help them achieve their visions for their new or second homes in Tucson. He and BJ spent free time travelling until her passing.

But what Dad really loved was spending time with family and friends. He always looked forward to his trips to Portland, OR, to be with his sons and their families. During our weekly phone calls, he always wanted to know what was new with all of us and each of the grandkids. In Tucson, he considered his family his two dogs, whom he loved dearly. And he looked forward to events with the local Tucson seniors clubs and was always willing to help plan different get togethers. His happiest times were when he could be around lots of family or friends, maybe for a birthday or holiday, or watching a Chicago Bears or Arizona Wildcats football game. He will be greatly missed.

The family will be planning a private celebration of Mack’s life in the future. As a memorial, please consider making a donation to the Pima County Animal Care Center at: https://webcms.pima.gov/cms/One.aspx?portalId=169&pageId=14542

To send flowers to the family or plant a tree in memory of Florian Mackowski, please visit Tribute Store

Share Your Memory of
Florian
Upload Your Memory View All Memories
Be the first to upload a memory!
Share A Memory
Send Flowers