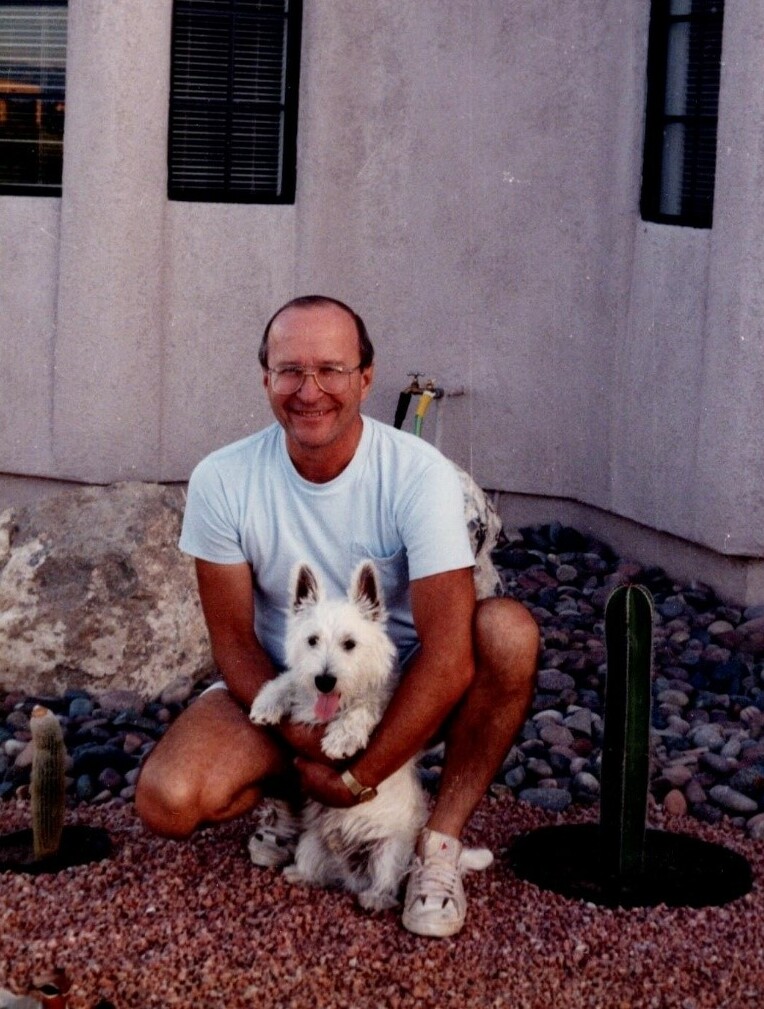 Born November 16, 1938 James Thomas Allison “Jim” was an athlete from his early years. Excelling in archery he recalled his dad driving him to competitions all over New York. He later played baseball and basketball in high school. He even played basketball in college at Michigan State where he attended with his brother David. He fondly recalled trips home in David’s roadster.

Jim began his career at Hughes right out of college working in Greenland alongside our troops. He later worked in the Philippines where he met and married Dolsora Borbon. They have three boys; James Thomas Allison Jr. (Tommy), Kenneth Randall Allison (Kenny), and Phillip Borbon Allison (Phil). Moving to California Jim continued working many projects at Hughes. The family relocated to Tucson in the early 70s and put down roots.

Jim was coach for many of his boys’ baseball teams through the years. They of course learned archery, although they never were as passionate about it as Jim was. After many years of marriage Jim and Dottie divorced.

Jim worked a total of 32 years with the Hughes Aircraft Company retiring in 1994 as an Electrical Engineering Manager. While there Jim met Karen Ogilvie. They married in 1992 and have had many adventures during their years together. One such adventure was a trip to the Holy Land with both family and church friends. Several beloved West Highland Terriers have become part of their family beginning with Duffy then Heather, Charlie, Andy, and now Krissie.

Jim continued hunting and fishing throughout his life often using his cabin in Green’s Peak Hideaway as his home base. Jim and Karen were able to spend more time there after retirement. He added front and back porches to further enjoy the great outdoors and to entertain company. He was truly at home in that habitat and made many close friends in the community.

Jim and Karen began attending St. Mark’s United Methodist early in their marriage. Jim was involved in many committees in the church including helping with the capital campaign and making numerous videos of milestones in the church. Jim added photography to his list of skills and became an avid wildlife photographer. He even had an exhibition at the church of some of the fantastic photos he had taken. The congregation became their family and has been a great source of support.

Jim was diagnosed with Alzheimer’s in January of 2020 although the signs began well before that date. Karen cared for Jim at home and called for help as needed. This became increasingly difficult as the disease progressed. Jim’s family made the difficult decision to put him in a memory care facility in August of 2021.

Jim passed away in the evening of November 9, 2021 from complications of Alzheimer’s. The family was all able to say their good-byes and Karen was able to be with him as he took the hand of His Lord and left the earthly realm. Our hearts ache with the loss of his presence here but rejoice that he is now in Heaven and completely healed.

Jim is survived by his wife Karen; his sons Tommy (Rebecca), Kenny (Diane), and Phillip; his grandchildren Kristie, Mitch, Hunter, and Danae; and his brother David (Marie) Allison. Jim is predeceased by his parents William and Alice; his brothers Bill and Bob; and his grandson Chance.

A celebration of life service will be held at St. Marks United Methodist Church 1431 W. Magee Rd Tucson, 85704 on December 4, 2021 at 10:00am. In lieu of flowers, donations can be made to the Alzheimer’s Association.

To send flowers to the family or plant a tree in memory of James Allison, please visit Tribute Store