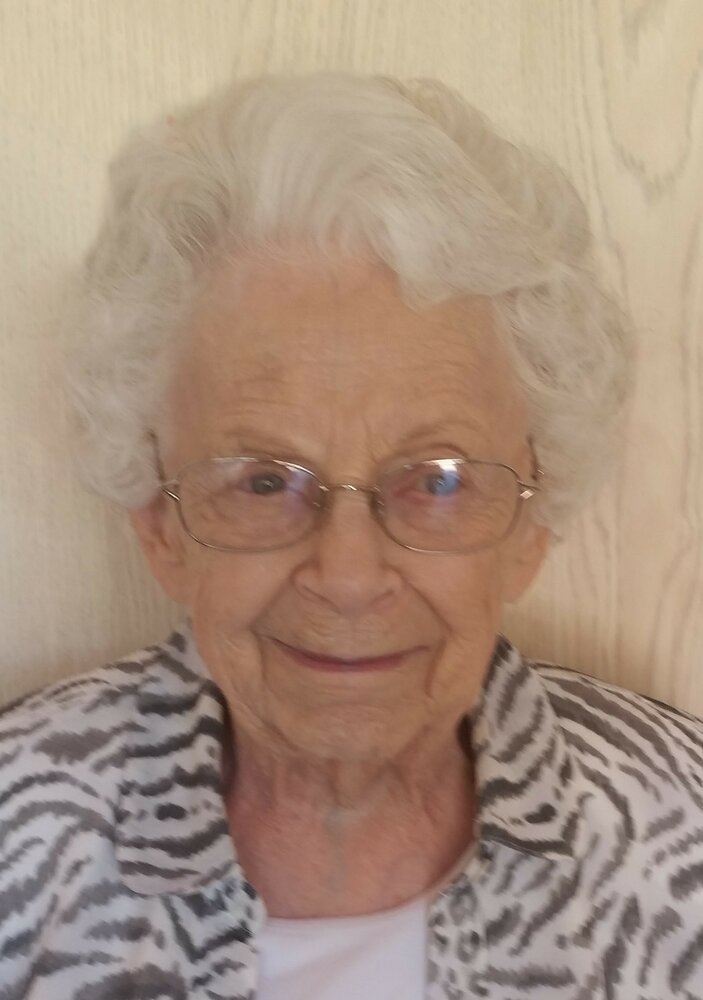 Doris Marie (Christensen) Wood concluded 100 years of life on October 16, 2021, passing peacefully from her earthly home in Tucson AZ, to the heavenly home Jesus prepared for her (John 14:1-4,6). Her daughter Valerie comforted her with familiar songs of God’s assurances as she passed into eternity. She will be buried beside Charles B. Wood, her husband of 78 years, at the nearby Veteran’s cemetery. She will be remembered for her deep faith, an infectious curiosity with a gentle and gracious spirit that was founded on an ordered and committed life.

She was the firstborn daughter of John (Jack) and Ollie (Harris) Christensen born December 13, 1920, in Oklahoma City OK. She is survived by her youngest sister Ruth White and was preceded in death by her brother Jim Christensen and sister Betty Isham.

Doris followed her mother’s example and trained as a nurse at the St. Louis City Hospital earning her RN diploma in 1941. Doris was just beginning high school when she first met Charles. That meeting led to friendship, developed into romance and finally marriage in Miami Beach FL, on May 29, 1942. Charles had just completed Officers Training School and was fully engaged in military service.

Shortly after their marriage, Charles (aka Chuck) was transferred to Indianapolis IN, where Valerie was born in 1943 and Greg in 1945. With the ending of the war Chuck and Doris returned to civilian life and a move to Denver CO, which was short lived as Chuck joined the Army Reserves in 1948. He then was called to active duty as a Major in the Air Force and an assignment in Wiesbaden, Germany, supporting the Berlin Airlift. Soon Doris with Val and Greg joined Chuck in Germany. James (Jim) Wood was born there in November of 1950. The Cold War became threatening so Doris with her courageous spirit returned with the children to live in Illinois with her parents while Chuck completed his assignment in Germany.  As Chuck was assigned new duties in the Air Force, the Wood family moved to Albuquerque NM in 1951, to Dayton OH in 1953, Guam in 1956, Dayton again in 1958 and finally to San Bernardino CA, in 1961 where Chuck retired from the Air Force in 1963.

From 1963 until 1995 Chuck worked a variety of jobs and Doris supported her husband’s ventures and made them hers. They even lived in Iran when Chuck took on a government contract. They returned to the states in 1975, lived in California again and then Texas—forty-one major moves in their lives! Whenever there was a new assignment, Doris would research this different location, its unique points of interest and infuse into her family the anticipation of a new adventure on which they were about to embark. Upon arriving, the first step was to find a church where the family could connect with a local community of Christ followers, support those in full time missionary service and extend a welcoming heart and a helping hand to those in need. They even welcomed their nephew Steve from Australia to live his last year of high school with the family. The love she had for her family was surpassed only by the love she had for our Lord and Savior. She was a mother of conviction, a creative homemaker with skills in cooking, sewing and knitting sharing the results with many.

In 1982 they moved to Prescott AZ, where Chuck built two houses and they also cared for Doris’s mother in her last year’s. They moved to Tucson AZ in 1995.

Her children arise and call her blessed; Her husband also, and he praises her. (Proverbs 31:28)

To send flowers to the family or plant a tree in memory of Doris Wood, please visit Tribute Store

Share Your Memory of
Doris
Upload Your Memory View All Memories
Be the first to upload a memory!
Share A Memory
Send Flowers